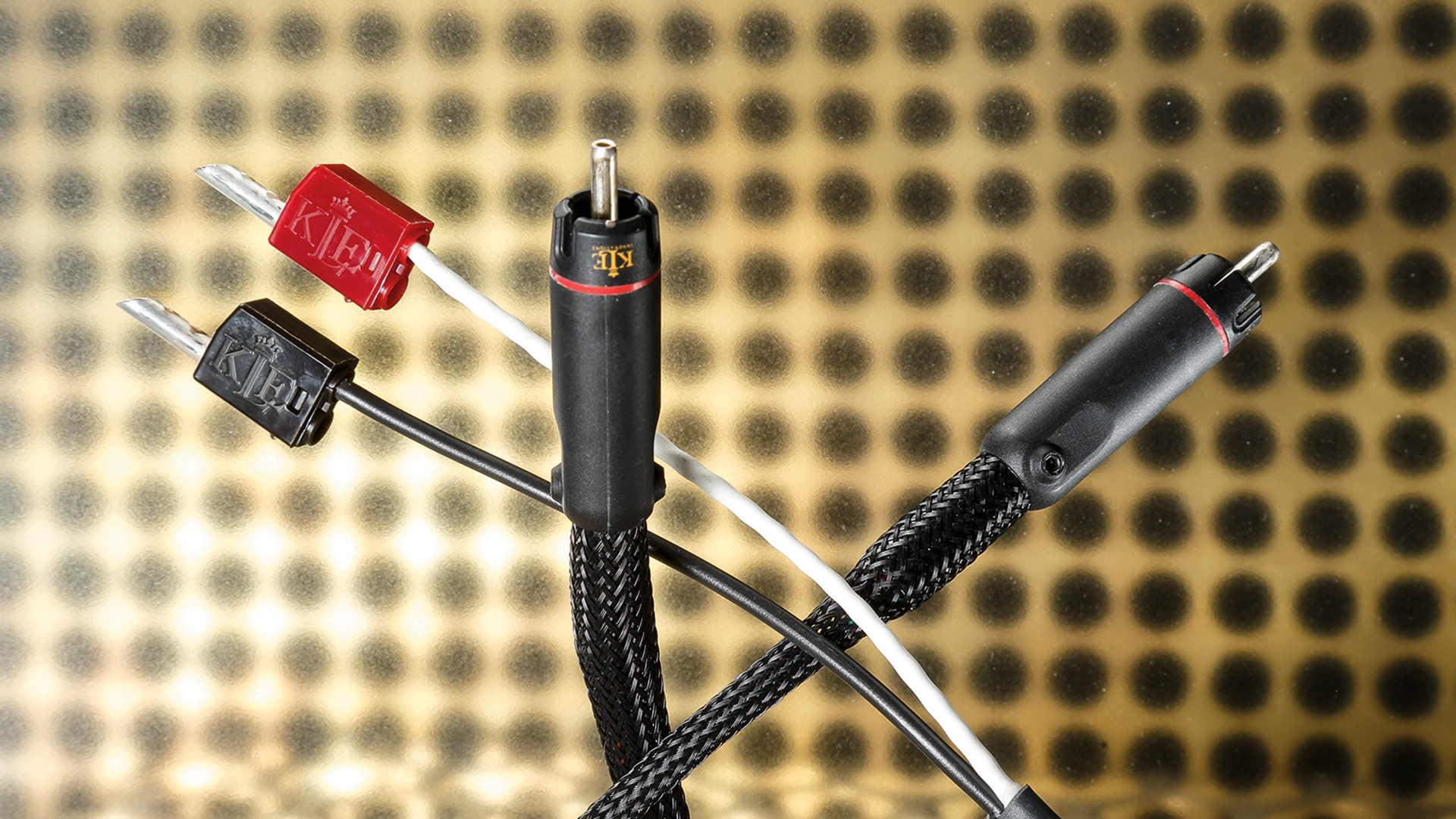 Recently some cables from Australia reached our office, which reminded us of the Eichmann Bullet Plug. That was no coincidence.

In the early 40's RCA developed the "Cinch" two-pole connector. It quickly became the standard for unbalanced audio, and for about half a century it remained practically unchanged – apart from minor mechanical details such as the locking compression fittings. Until an Australian named Keith Louis Eichmann started reducing the masses, the geometry and the ratios of the conductors to each other. Suddenly the differences between the connectors grew beyond those between cables! The Bullet Plug was born. That was a good 16 years ago, but in the meantime the formula was also transferred to loudspeaker connections. There, experienced listeners had already noticed that hollow bananas often sounded better than their solid brothers. Today, Keith Louis Eichmann is working on the construction and alloy of the patented "KLEI Harmony (Bullet) Plug" at his company KLE Innovations.

The signal conductor is hollow, the ground contact point is exactly defined to avoid eddy currents and the ratio of signal conductor to ground conductor (ratio) is decisive, as well as the alloy. He strictly avoids bad conductors such as tin (15 %), palladium/platinum (16 %), brass (25-37 %), rhodium (35-38 %) and even gold (65-75 %). Instead, his connectors are based on copper (100 %) and achieve up to 106 % conductivity with the metallurgical silver variants called "Harmony".

It goes without saying that this philosophy is continued in the cables. Instead of the usual focus on the conductor and the lowest possible inductive resistance – in the case of loudspeaker cables or connection cables – he aimed at a grounding which has as little as possible interactions with the conductor, as, according to Eichmann, it influences the phase and leads to smudge-effects. Eichmann does not disclose the internal cable structure.

At STEREO we had the gZERO1 IC entry-level connecting cable, one of the zPURITY88 IC top connecting cables and the QPURITY8 SC loudspeaker cables at our disposal for assessing Eichmann's philosophy. These cables were initially allowed a rather long break-in period, as KLEI recommends up to several hundred hours for this process.

Already the somewhat thinner Cinch connector 1 IC, equipped with copper connectors, was striking for its astonishingly clear musical performance, its enormous purification and effortlessness. This went hand in hand with superb speed as well as never appearing “slim”, as is the case with some other cables.

This “directness” was already noticeable with earlier and simpler bullet plug-ETI cables. In the range around 400 Euro it is certainly first-class. As expected, these impressions increased in all criteria with the more elaborate and much more expensive 88, which also has the Absolute Harmony connectors with the silver alloy. Now, there was even finer detail resolution and more “air", i.e. increased sovereignty and authority, e.g. in the bass, dynamics, body and color. However, – as we expect from high-end cables – also the imaging properties were significantly enhanced. If you like, it is comparable to the difference between a DVD and a Blu-ray. This is now one of my absolute favorites!

Don’t let yourself be fooled by the appearance of the loudspeaker cables. Regardless of the rather slim appearance, it is just as great in terms of both spatial and acoustic depth. The dynamics were downright explosive and relentless, with not a trace of soft-warm timbre. In contrast to many other cables, there is one thing the KLEI are certainly not: filters. An absolute must-listen!

While most cable manufacturers focus on a cable’s impedance, KLE Innovations, while not completely ignoring it, rather focuses on material strength, ratio, conductivity and active elimination of any crosstalk from ground to signal conductor, skin effects or eddy currents – all of that often already in the connector. From the outside, the cables are rather unspectacular, especially the thin loudspeaker ones (2) with the low-mass hollow bananas in a plastic dress. At first glance, this seems difficult to justify given the price of around 2000 Euros, however it is part of the concept. Audiophiles who prefer self-assembly, should definitely take a look at the connectors, which are available in four different qualities, from „Copper Harmony“ to „Absolute Harmony“. The gZero 1 IC (1) has to be seen as a highlight for the professional class, the zPURITY88 IC and the QPURITY8 SC are outstanding without any ifs and buts. Highly musical – respect!