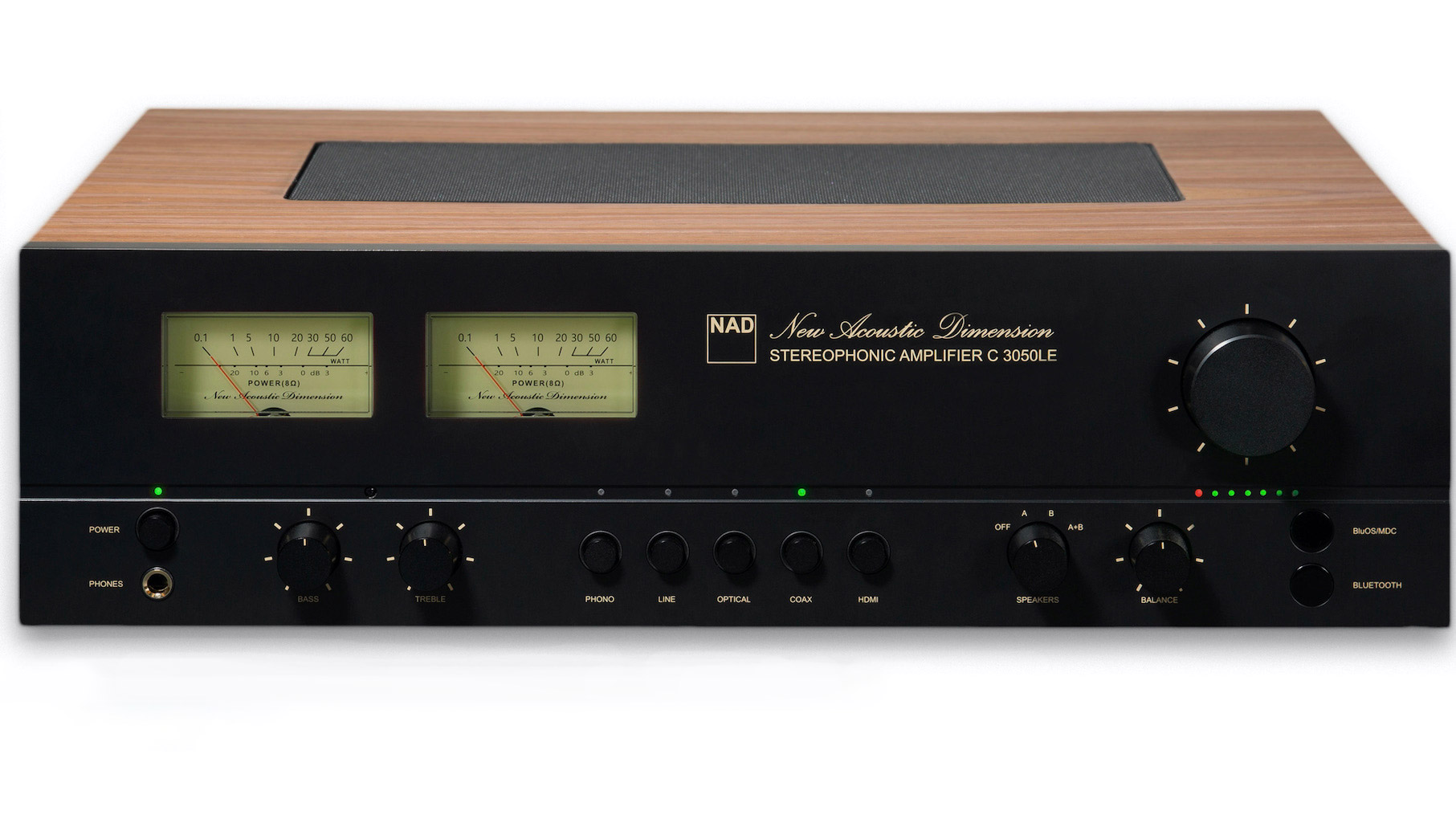 On the occasion of the company's 50th anniversary, NAD launches the C-3050, an integrated amplifier limited to 1972 units worldwide, with a retro look and modern technologies.

NAD is celebrating its 50th anniversary. On the occasion, they are introducing a limited edition, vintage-inspired stereo integrated amplifier. The brand established itself in the hi-fi world with the Model 3020 stereo integrated amplifier, which over time became the best-selling affordable amplifier in history. Despite the rather modest power of 20 watts per channel, it delivered a sound quality that convinced hi-fi enthusiasts.

The new C 3050 comes in a strictly limited (LE) version and with a retro look that is meant to take us back to the golden age of hi-fi. In addition to VU meters and the walnut real wood veneered and satin cabinet, the control knobs are also reminiscent of days gone by.

Built-in is an MDC2 BluOS module for HighRes multi-room streaming, as well as the Dirac room calibration system. Furthermore, AirPlay 2, bi-directional aptX HD Bluetooth, and HDMI eARC are available as input sources. Other inputs/outputs include a phono MM preamp and headphone amplifier. With 2 x 100 watts of amplifier power and a high-resolution digital-to-analog converter, flexibility in operation is said to be guaranteed.

The NAD C 3050 LE will be delivered in this version to selected retailers at the end of the 2022 and has a recommended retail price of around €2500 in Germany. For late spring 2023, NAD has additionally announced the regular model of the C 3050, which comes without the BluOS module and in a more simple metal housing; a price for the European market has not yet been announced.