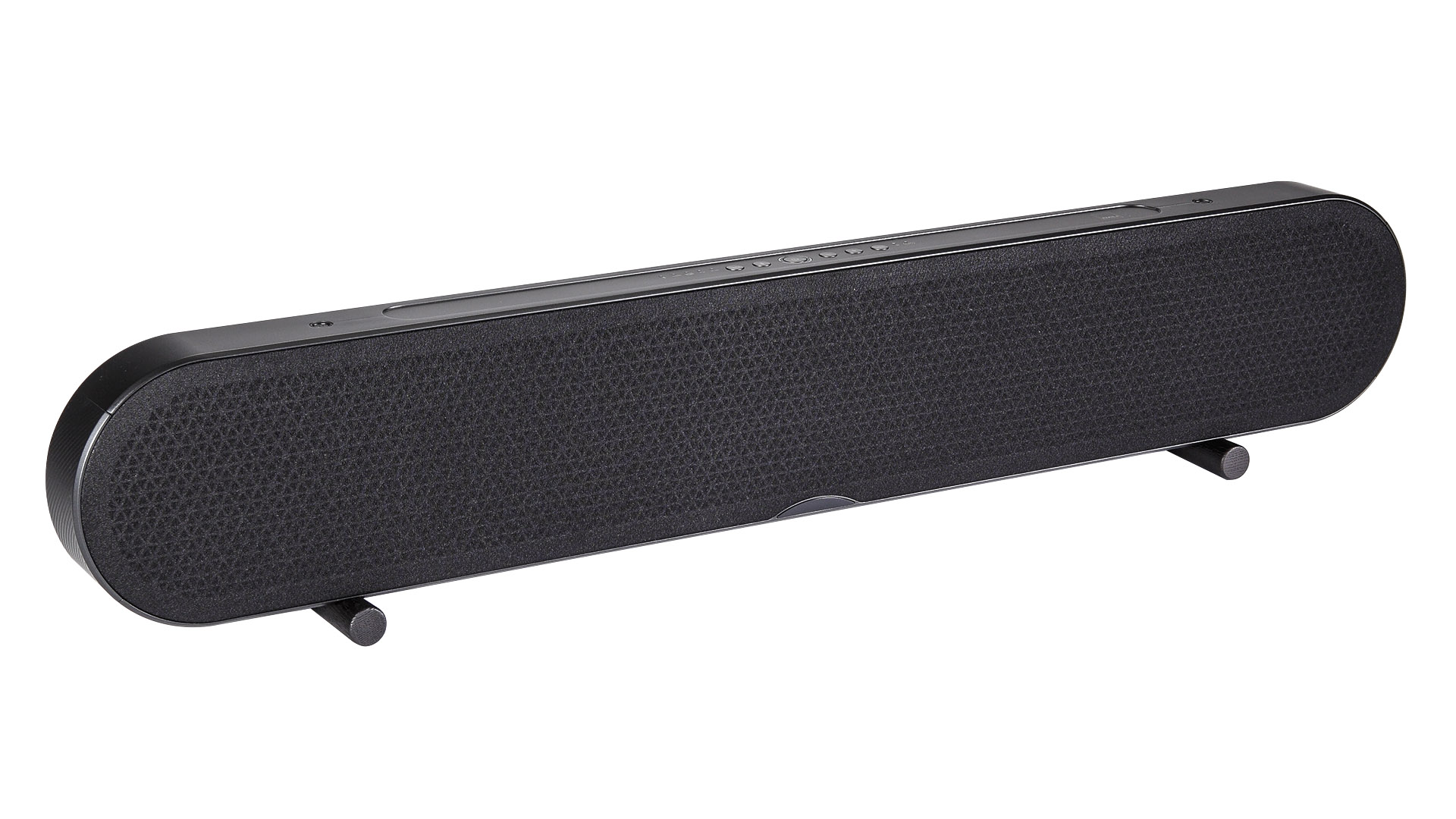 KATCH me if you can – Despite its flat design, the new DALI KATCH ONE soundbar wants to impress with room-filling sound.

Designed in the tradition of its namesake DALI KATCH Bluetooth speaker, the KATCH ONE soundbar manages to maintain the perfect balance between a unique look, elegantly simple design and fine materials. The KATCH ONE Soundbar fits into any living room without getting lost or attracting too much attention – a fine line that only few manage to balance this masterfully! The real wood feet and the stylish leather straps for wall-mounting help as well.

The unusual but sensible dimensions also play their part, as the KATCH ONE is at the same time more narrow, thinner and higher than most soundbars. Accordingly, it is perfectly suited for being mounted on a wall, as its depth of only seven centimetres make it extremely unobtrusive. Because of the supporting backside chassis, this, or at least a placement close to the wall, is also recommended by the manufacturer.

Appropriately, the operation is extremely intuitive. There is no confusing plethora of DSP modes, no network functions, no myriad of inputs that have to be constantly switched through. Simply good!

This makes the DALI much more powerful than one would expect from the extremely thin appearance. It really sounds a lot bigger than it seems, improving TV sound immensely and it is also great fun with music, for example via Bluetooth or a connected Google Chromecast Audio, which can even be powered directly via the USB socket. The "Wide" mode again enlargenes the soundstage considerably and give the sound a slightly ethereal touch. Especially with atmospheric music or movies this is a great effect!

The KATCH ONE is thus a successful and space-saving addition to any TV room in which a large hi-fi or home cinema system cannot or does not want to be installed, and enhances it not only visually but also acoustically.

A chic soundbar that combines great design and sound with outstanding ease of use at a fair price. Due to the high and extremely flat design, it is best suited for wall-mounting or a positioning close to the wall.