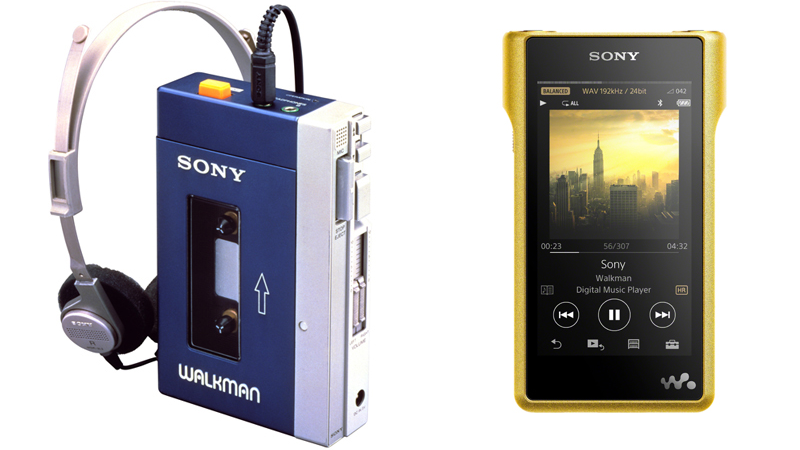 Yesterday 40 years ago, on July 1st 1979, the first "Walkman" saw the light of day. It used a medium called Compact Cassette, which it could only reproduce, and only through headphones. And so, for the first time, a music player fitted into your pocket.

With this invention, Sony became the 1980s innovation icon of the audio industry. Countless models and generations followed, and the cassette Walkman lived well into the MP3 age: it was not until 2012 that it finally disappeared from the market, displaced by iPod & Co. After "Discman" and "MiniDisc Walkman", Sony itself had already introduced the "Memory Stick Walkman" in 2000, which worked with the in-house ATRAC-3 system instead of MP3. However, the proprietary memory cards and the equally proprietary and copy-protected sound format could not assert themselves. Only in 2007 did Sony say goodbye to ATRAC, and internal flash memories were built into the Portis instead of the Memory Sticks. An Internet-capable walkman with touch operation was only launched by Sony in 2012, 5 years after Apple's iPod touch. In recent years Sony's Porti players have opened up to ever new sound formats, including lossless and high-resolution ones such as FLAC, DSD, MQA and the in-house Bluetooth codec "LDAC". Also the prices became more and more "HiRes-suitable": For the noble NW-WM1Z with gold-plated copper case you can spend 3300 Euro today. But there are also still affordable models from about 100 euros - and they are still called "Walkman".