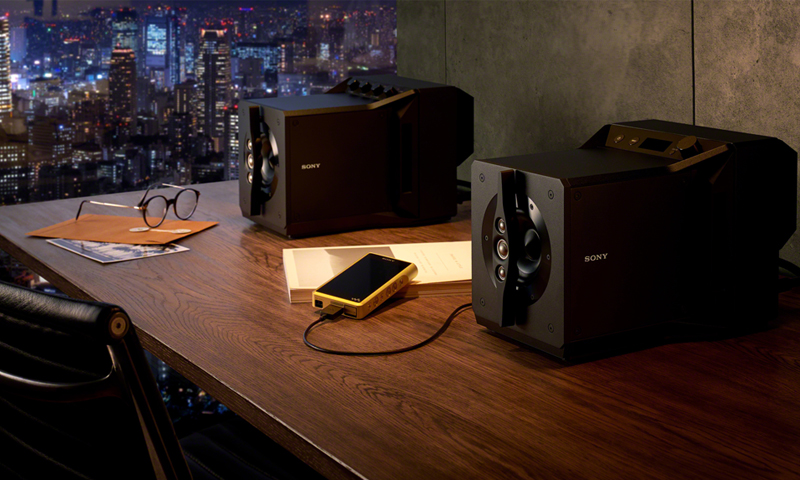 HighEnd from Sony: near field monitor

Sony not only builds little Bluetooth speakers for the mainstream market, but also really sophisticated and accordingly expensive high-end products – like the new Sony SA-Z1.

At the IFA sony is now presenting a near-field monitor set for no less than 7000 euros. It is called SA-Z1, belongs to the Signature series and is intended for use at the desk. The woofers and tweeters are arranged coaxially and form an almost point-shaped sound source. To widen the dispersion angle of the upper frequencies, Sony has arranged 3 tweeters below each other. Two woofers are mounted horizontally opposite each other so that the vibrations cancel each other out. The sound of an additional woofer is radiated through side channels for a spatial sound field. To prevent cabinet resonances, Sony has assembled the cabinet from individual panels made of different aluminum alloys. Analog input connections include cinch, mini jack and XLR balanced, digital inputs USB-B, S/PDIF optical and USB micro for the Walkman. The sources are connected to the master box, which transmits the signal of the other stereo channel to the other box via a cable connection. The set should be lanuched in the coming spring.