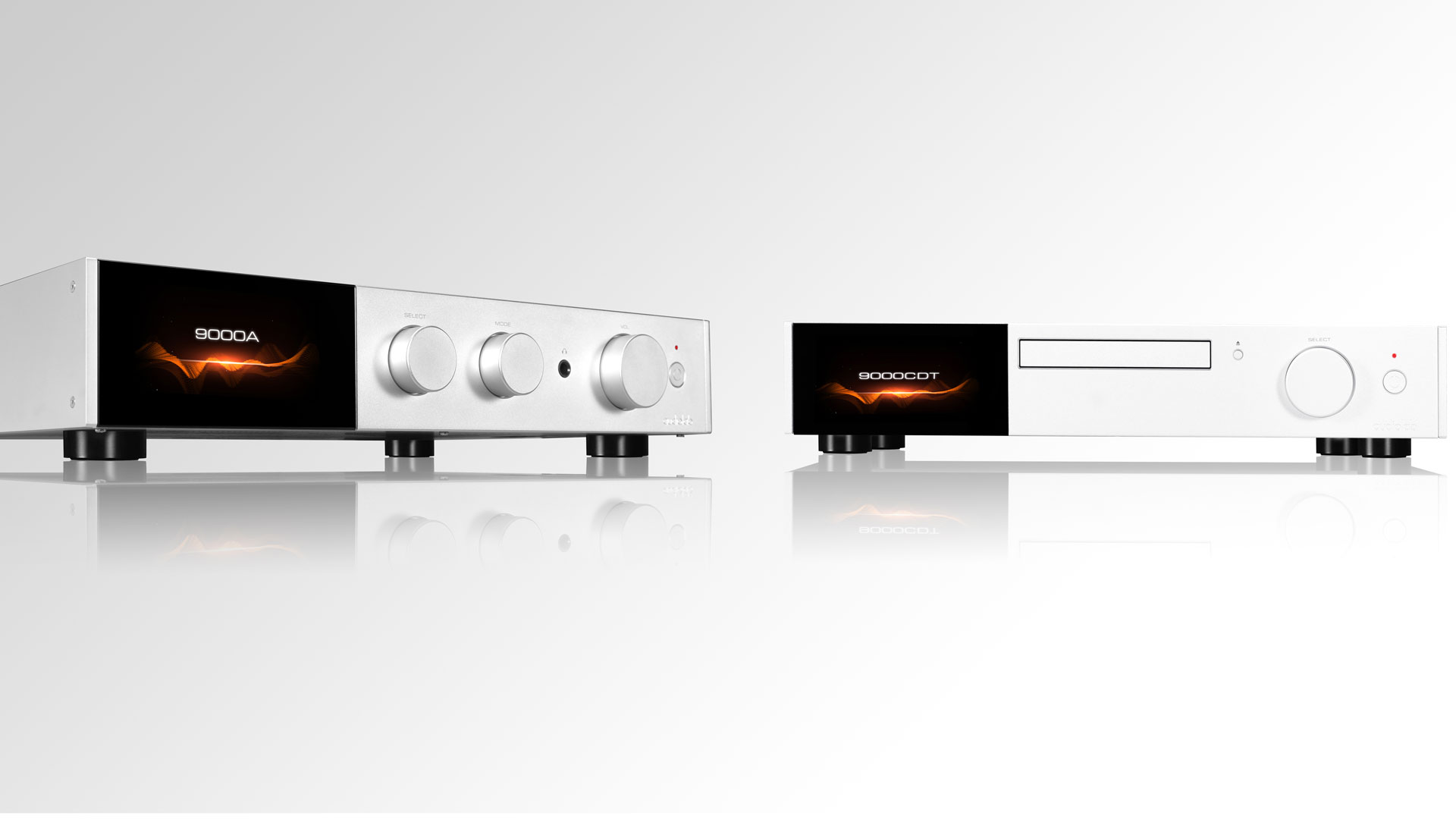 Audiolab presents its new reference series: The 9000A integrated amplifier and the 9000CDT CD transport aim to impress with new technology and a large display, among other things.

Audiolab's new series 9000 flagship devices are said to be based on the 8000 series, but carry important improvements. Both units have a new, graphics-capable 4.3-inch IPS LCD display on the front. The 9000A integrated amplifier now features a digital section equipped with a 32-bit ESS 9038PRO DAC chip and carries two optical and two coaxial S/PDIF inputs each, plus a USB input. The S/PDIF connectors are said to be able to work with resolutions up to 192 kHz/24 bit and the USB port up to 768 kHz/32 bit and DSD512; the 9000A is also said to be able to handle MQA files, as well as receive music via Bluetooth.

On the analog side, in addition to three RCA and one XLR input, the 9000A also carries a phono MM input, whose phono preamp is said to have been further improved. In addition, the integrated amplifier can also be operated in different modes, and thus also work as a pure preamplifier or pure power amplifier, or give its pre-out signals to an external signal processor and receive them again via power-in. The amplifier of the 9000A consists of two discrete Class AB blocks with a stated power of 2x100 watts into 8 ohms, or 2x160 watts into 4 ohms.

In the amplifier, Audiolab's CFB (Complementary Feedback) topology is said to additionally ensure high linearity by keeping the quiescent current stable regardless of temperature. In addition, there is a 320 VA toroidal transformer with four capacitors with a total storage capacity of 60,000 uF as power reserves, as well as a headphone output with current feedback circuitry, which aims to provide type-independent, dynamic and detailed reproduction.

The other model in the new Audiolab 9000 series is the CD Transport 9000CDT, which is designed to pass its digital signals to an external DAC with minimal jitter. Its aluminum housing with solid base is said to effectively dampen motor vibrations, while the CD tray is supposed to be extremely durable, and read errors are said to be reduced by the scanning optics and a buffer memory. The 9000CDT also carries a USB-A input through which it can play music.

The two units in Audiolab's new 9000 series are scheduled to be available in silver and black finishes in mid-November*. The 9000A integrated amplifier is expected to cost about €2,300*, and the 9000CDT CD transport about €1,200*.