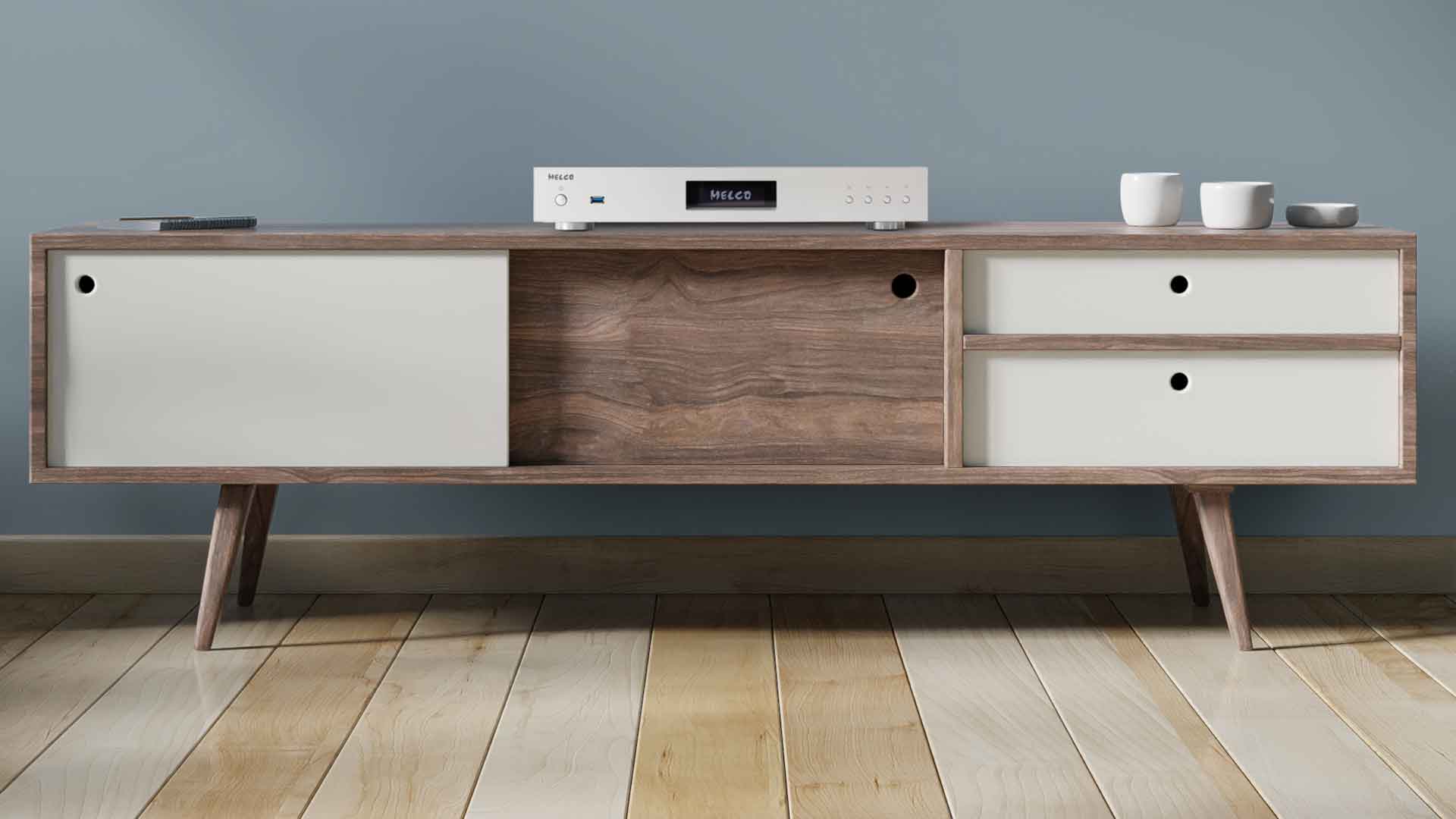 With Six Terabytes of HDD Storage

With the new N50-H60, Melco fills the gap between the N100 and N10 models by adding another device to its range of music servers with streaming capabilities.

In contrast to its predecessor, the N1A, the N50-H60 is said to have undergone extensive internal improvements in terms of power supplies, circuitry and drive performance. The 1.7 mm thick enclosure, IEC power connector and noise filter have been retained.

The main new feature of the N50-H60 is said to be an optimized main board with a specially selected 6TB HDD drive coupled with a new sturdy HDD mount that is carefully mounted inside the chassis for better isolation. The new model also includes a redesigned power supply that is said to bring 25% more power as well as revised isolation feet for added protection against unwanted vibrations.

On the back, the N50-H60 is equipped with four dedicated USB ports: USB 3.0, "Expansion", "Back up", as well as a dedicated USB DAC output. The USB inputs allow import and playback of storage devices as well as HDD/SSD drives and CD drives, but are also said to be capable of providing capacity expansion with an external storage drive as well as simple data backup.

The N50-H60 is controlled via the OLED display and buttons on the device, or alternatively via an app using DLNA/UPnP (in USB-DAC mode). On the software side, Melco's Intelligent Music Library with MinimServer and SongKong software is used. The Melco is also Roon Ready, DSD compatible, and supports streaming with TIDAL, Qobuz, and vTuner. Downloads from Qobuz HighResAudio.com are also directly integrated, aiming to allow direct, high-resolution downloads without a computer.

The new HDD model follows the N50-S38 model announced in October 2021, which features the use of a high-performance SSD drive.

Like its siblings, the Melco N50-H60 is hand made in Japan and will be available in silver or black from October 2022 at an MSRP of around €3,500 in Germany.