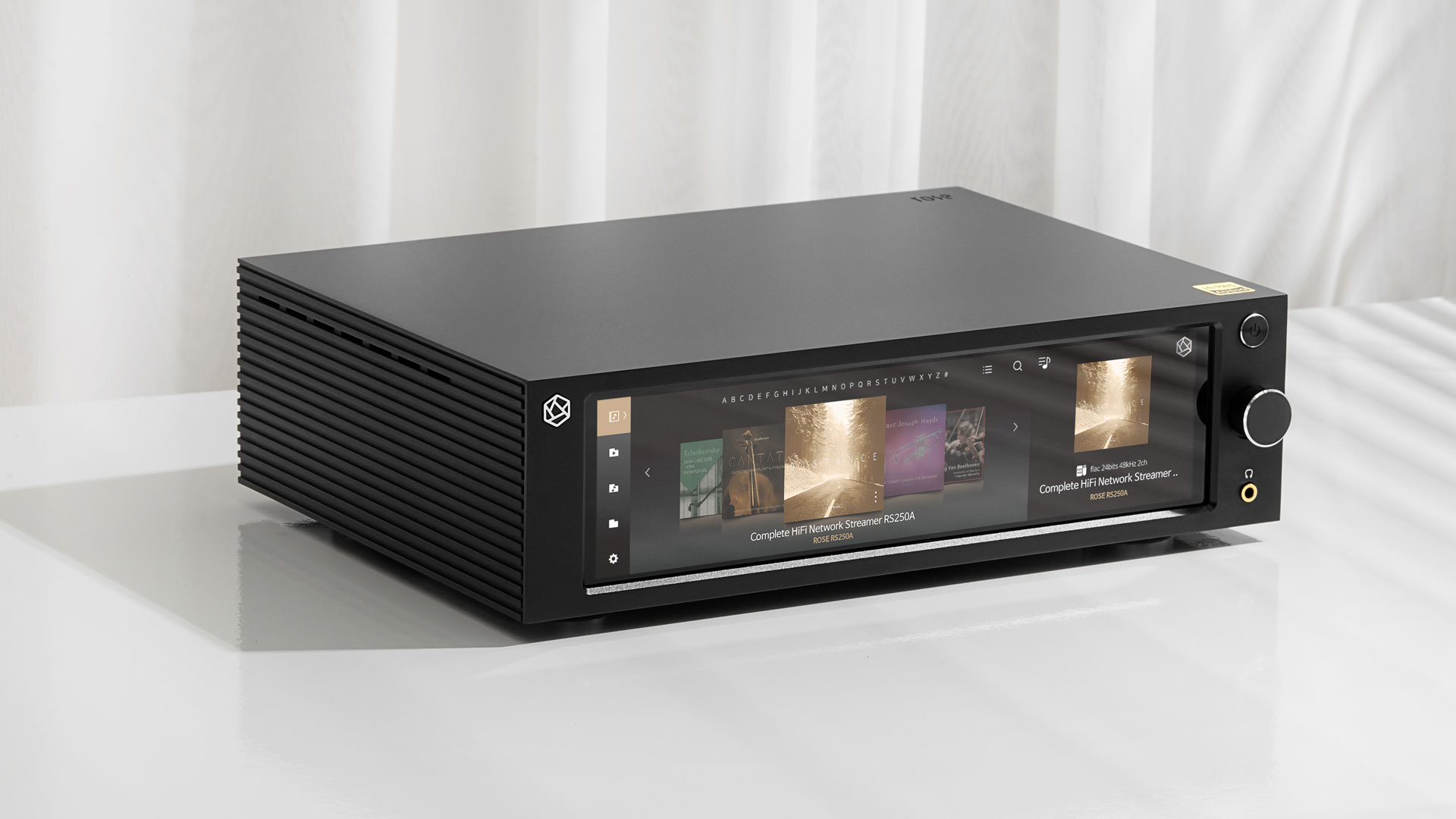 Also available in black in addition to silver now

As an improved version of the streamer with built-in preamp RS250, HiFi Rose introduces the new RS250A, which promises various upgrades.

As the successor to the previously available streamer RS250, HiFi Rose's new RS250A is said to retain all the features of its predecessor, but offer, among other things, various upgrades designed to improve its sonic performance. The device is now also available in black in addition to silver. The streamer has a D/A converter as well as a preamplifier built in and once again carries a high-resolution 8.8-inch touchscreen display on the front, which can also be used to control it – an Android operating system is said to promise quick and easy operation – and a control knob for volume/muting. Like its predecessor, the RS250A can also be controlled via the included remote control or the "ROSE Connect" app for iOS and Android.

As technical improvements of the RS250A, HiFi Rose mentions, among other things, an improved DAC, which now works with an ES9028PRO from ESS, which is supposed to support resolutions of up to 32bit / 768kHz PCM and DSD512 and promises low distortion, among other things. MQA is also supported. Furthermore, HiFi Rose now incorporates in-house discrete operational amplifiers as well as better clocks, which is also supposed to positively influence the sound quality.

Music streaming on the RS250A is possible via Spotify Connect, Tidal and Qobuz, among others, as well as Airplay, Bluetooth, DLNA and Internet radio; the streamer also carries a ROON Ready certification. The RS250A can also work as a music server if an optional internal 2.5'' SSD is installed, as well as play music from a NAS or USB storage devices. It can also play YouTube videos, either to a connected TV – up to 4K resolution, according to the manufacturer – or directly to the built-in display.

Like the RS250, the new streamer offers the ability to play or rip CDs to the internal or an external storage via an external USB-connected CD drive. For inputs, the upgraded streamer offers USB, HDMI, coax, RCA and optical, as well as the identical outputs. An isolated and shielded linear power supply, which is said to not affect the sound reproduction negatively, takes care of the providing the power.

The streamer with built-in DAC and preamplifier RS250A from HiFi Rose is said to be available immediately in Germany, at an MSRP of around €2600.