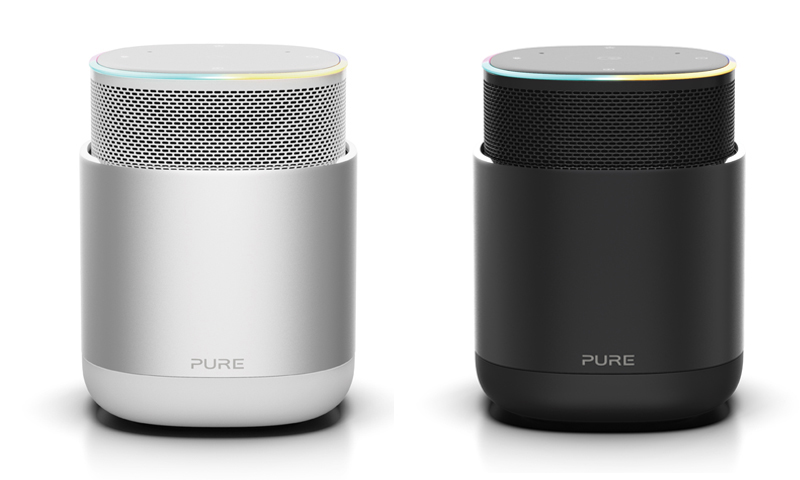 Specialist for digital radio Pure has come up with a special design for its smart speaker "DiscovR": the upper compartment with the microphones and the two tweeters can be lowered by gentle pressure into the lower part which holds the downfire subwoofer.

Thus the microphones for Alexa are not only shut off but physically disconnected. It also makes the loudspeaker smaller and therefore easier to transport, which is especially useful due to the integrated batteries. Even when the top section is open, the microphones can be muted at the touch of a button. Additional buttons can be used to preset and recall frequently used Alexa voice commands, for example for smart home control, as well as radio stations or playlists. By tapping the "Music Discovery" button, a song heard on the radio is identified and directly added to a Spotify playlist. The DiscovR supports the Alexa system via WLAN, Spotify Connect and Airplay 2, and outside the WLAN range it receives music from a smartphone via Bluetooth or analog via the Aux input. The battery should last 15 hours and is charged via USB-C with Fast Charge. DiscovR is now available in silver or graphite for 300 Euro in the Pure Online Store.