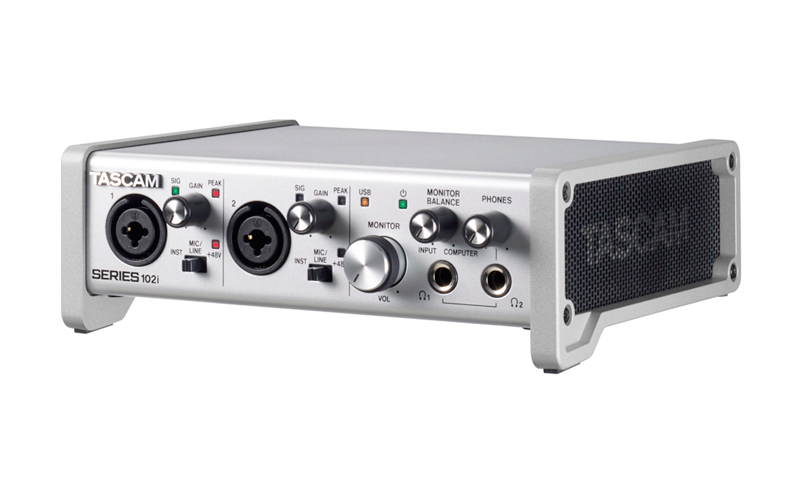 Tascam has two new USB audio interfaces in its program that come with a comprehensive software package.

The "Series 102i" model is ideal for stereo use, with two microphone/line inputs via balanced combination sockets (XLR/jack), Ultra HDDA microphone preamps and individually switchable 48-volt phantom power for the XLR inputs. Each jack input is switchable from line to instrument level, and each analog input is assigned a level control, signal indicator and overdrive indicator. Two monitor/line outputs on 3-pin balanced 6.3mm jacks feed the analog output signal. The resolution is up to 24 bit/192 kHz with two-channel supply. If further channels are used via the optical input, the resolution is reduced accordingly. The software package includes licenses for Steinberg Cubase LE / Cubasis LE for music production, AmpliTube from IK Multimedia for instrument recording with a variety of effects, iZotope Neutron Elements with four mixing tools and the mastering software T-Racks from IK Multimedia. The 102i costs 319 Euro, the larger 208i with four analog inputs costs 425 Euro, each complete with power supply. Prerequisite is Windows from 7, MacOS from Sierra (10.12) or iOS from 10.