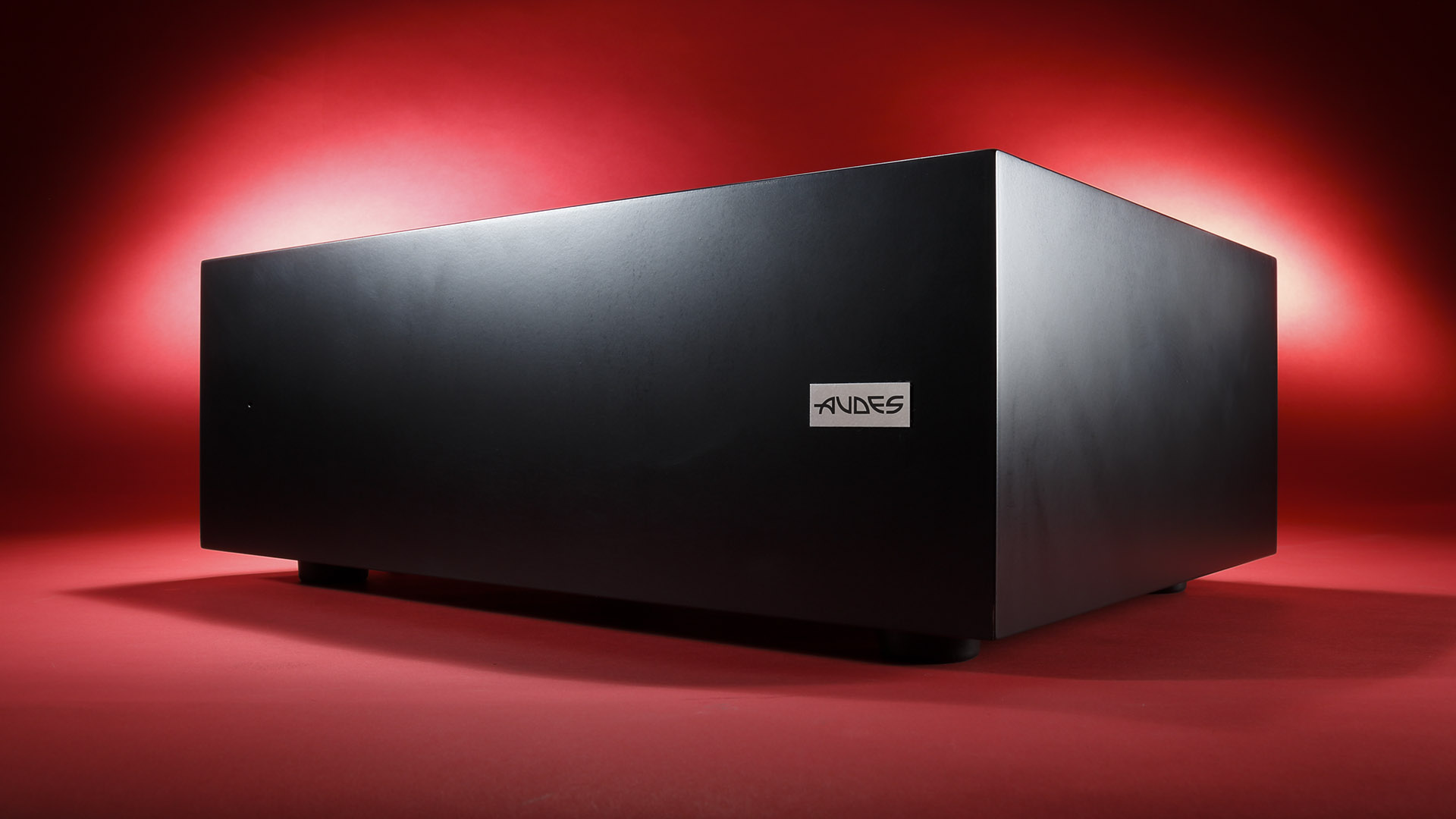 Baltic Isolation – The loudspeaker specialist Audes once started out as a state-owned company and transformer manufacturer – and is now returning to the latter. This results in the fact that unusually sizable "mains polishers" now aim to take care of your hi-fi components and bring out their best sound. The midrange model ST 3000 costs 3980 euros.

Today, Audes is under private ownership and managed by Igor Tjurin. It is a medium-sized company that emerged from the state-owned "Estonia", which once dominated the Soviet hi-fi market. Thanks to its excellent products, it has been able to stay in business – as only few former state-owned companies do. Since the mid-1980s, production has been carried out at the company‘s headquarters in Johwe, with a staff of around 80 people; while development has partly been carried out in Estonia‘s capital city of Tallinn. Only few people know that, as an OEM supplier, Audes manufactures chassis and transformers for around 30 renowned brands – including German ones – and that it reliably masters both industry and high-end standards.

The Audes ST 3000 is an isolation transformer, equipped with eight (!) outputs and a total power handling of 3000 VA/Watts. That‘s why its creators also gave it a high-voltage IEC socket with a load capacity of 16 Ampere; a conventional one would only be certified for up to ten. The Audes also has an arm-lengthening effect when carried; at 33 kilograms, it weighs almost the same as my son! Audes also supplies two siblings: the ST 1500 and the ST 5000 whereby the ST 3000 exploits the maximum power of a German wall socket (3680 VA) quite well.

Saying that the Audes would be oversized might be an understatement, it even seems supersized. This can‘t hurt if you don‘t want to dampen transient responses and even aim to drive integrated amplifiers, which is the declared goal. For this, the output resistance of the transformer must be as low as possible – ideally lower than that of the wall socket. And it needs to be low-inductance. That is difficult.

The winding technique is special and top-notch, as is the core quality: Audes declares the output resistance to be at a sensational 0.4 ohms. This promises gigantic capabilities for delivering power. Thanks to its intelligent, strong filtering – starting at about 800 hertz – and (capacitively) shielding construction, it is supposed to get literally everything out of the mains, including DC offset; i.e. DC voltage portions. It only comments on these with somewhat of a mumble when they are very high. Otherwise, it is absolutely quiet in operation.

Well, basically it‘s a mains transformer. It does not, however, raise or lower the voltage as usual but, as a special feature, transfers it to a secondary winding in a ratio of 1:1. A (galvanic) isolating barrier with appropriate insulation is added to that. This ensures that the secondary side (output) is separated from the primary winding (input) – which carries the mains voltage and refers to the ground potential. An isolation transformer is used when you want to separate electric grids from each other, for example in laboratories.

According to the relevant regulations, a high level of personal protection is achieved if the primary and secondary windings of the magnetic core are housed in separate winding chambers. However, the galvanic isolation is also intended to ensure that unwanted disturbances such as hum or cable-borne interferences do not reach the other side. Thus, for example, it aims to keep all interference from other voltage-consumers (motors, RF, solar inverters, etc.) in your domestic grid out of your hi-fi system. By the way, an installed GFCI therefore does not work on the secondary side of such anisolating transformer, that is something you should know.

In addition, a well-made transformer can certainly act as a kind of energy storage (good for brief impulses), even beyond the buffer functionality; and it keeps the voltage stable. Since it draws up to 20A of voltage when switched on, the Audes is equipped with a soft start inrush current limiter.

In addition, the Audes developers have decided to balance (or symmetrize) the mains voltage. That means that, instead of 230 volts between both "poles" (phase and neutral) or between the phase (outer conductor) and the protective conductor, they have realized 115 volts each between the two poles and the protective conductor. Of course, that still means that there are 230 volts between both "poles". To illustrate this, imagine it on an electrical socket on your wall. The secondary winding is thus divided into two halves, which have an (artificial) center tap that is connected to the ground contacts. This is also the place to which all interferences are diverted. That‘s all, but the effect is enormous.

To name an example: In Belgium, or at least parts of Belgium, exactly this symmetrical, particularly interference-resistant power grid is the standard. The Audes isolation transformer does exactly that; it balances the power supply for the hi-fi components connected to it. By doing so, it makes them insusceptible to the differences in electric potential that otherwise strive for equalization via the ground. We fans of hi-fi usually try to counteract or minimize these by setting the correct mains phase.

In conjunction with the setup found in our small STEREO listening room, using the Audes „Isolator“ paid off immediately. While a stoic silence was being built up in the background, the actual sound stage seemed bigger, more spacious, more open and airy. Quite interestingly – and I had not necessarily expected this – it was also more dynamic, even in the bass! This even stayed true when a very powerful amp like the Musical Fidelity M8xi was in play; or even a 2 x 1000 watt THX power amp like the QSC USA 1310, sitting in the editor‘s home theater. Here, I would have expected overdamping, but Audes is actually even equipped for such an extreme task. While being ideal for sources, it is thus also suitable for larger voltage-consumers. Mastering very large Class A mono power amplifiers – or two QSC mono in a bridged setup (2620 watts sine into 8 ohms) – is something I would not have necessarily expect of it, but that also applies to other "power conditioners".

This toroidal, balanced isolation transformer thus seems to be the uncompromising one-way solution that can help a system have more legroom thanks to interference decoupling. Taking it away from your setup is even more severe than the sonic progress achieved when implementing it; because you actually don‘t want to do without the Audes anymore – and the step back really hurts. It‘s not a cheap device, but should absolutely be recommended for excellent hi-fi chains!

This wealth-critical concept album is the soundtrack to the film of the same name. It has a lot in store in terms of music, from incredibly deep organ tones to shimmering hails of detail and arcs of suspense. 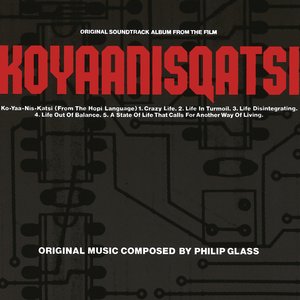 Such a light-footed and yet impressive electronic music has not been heard before this album. Song recommendation: I.G.Y. 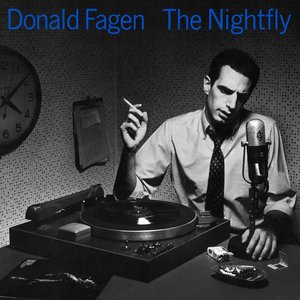