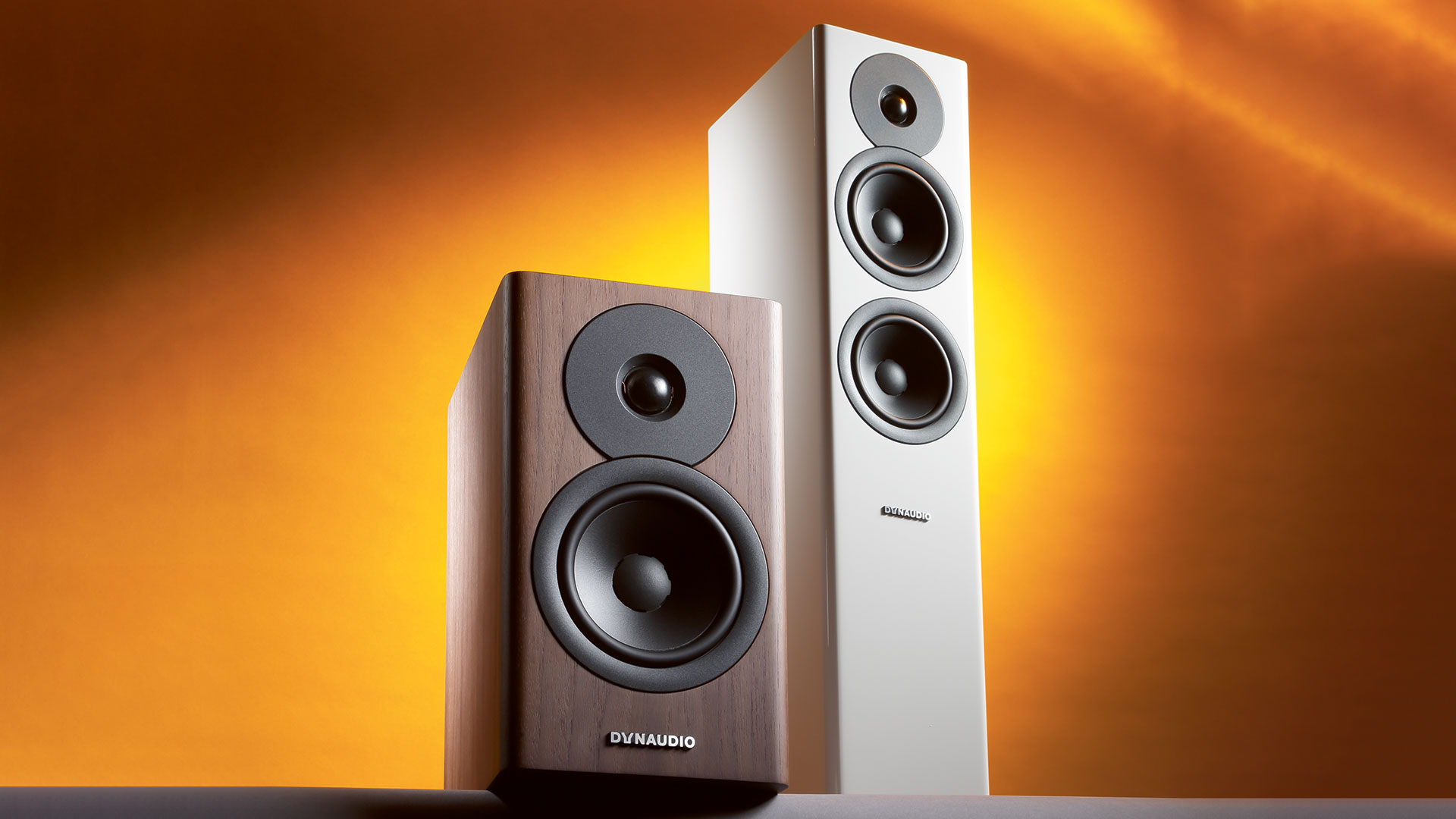 Straightforwardness and professionalism without fuss have always been the hallmarks of Dynaudio loudspeakers. What about the new „Evoke“ series? We have tested the small compact as well as floorstanding models.

At a time when whoever is loudest gets the most attention, Dynaudio rarely had problems making itself and its products heard. However, instead of noise, the brand relies on intelligence and depth of development. During the more than forty years that the loudspeaker specialist has existed in Skanderborg, Denmark, most hi-fi enthusiasts will have come to realize that here it is all about what lies underneath the surface.

Which, of course, is often hidden away quite well. In fact, probably just insiders will realize that the Evokes are a new Dynaudio line. It consists of two floorstanding and two compact models as well as a center, with which the designers have succeeded to set pleasing visual accents by using the most economical means such as the screwless mounting plates of the tweeter, gently curved cover rings around the mid-bass drivers or a narrow, slightly slimmer at the rear cabinet.

Though they look rather inconspicuous, the Evoke10 and 30 – the smaller of each type – have a lot more to offer than the first impression suggests. There's only one pair of terminals on each speaker, because the Danes, as usually, refuse the bi-wiring option. I honestly appreciate this approach, because in this price range 95 percent of listeners – if not more – operate their loudspeakers with just one cable anyway. A bi-wiring terminal would then provoke losses in sound-quality due to primitive bridges and/or connection errors.

Before we took a closer look at the technical features, we wanted to gather some first sound impressions. So we positioned the freshly broken-in, somehow cute and harmless looking Evoke10 in our listening room – and stumbled into a small sensation. Now, of course, we know that Dynaudio has been famous for outstanding compact speakers since the times of the blessed Contour 1.3 and all its relatives. However, the Evoke10 once again impressively demonstrated why that is.

To be honest, I would not have believed that the Danes could still surprise me after all these years. Most certainly not with these less than 32 centimeter high speaker in neat lifestyle-look – but that's exactly what happened. With astonishingly solid base note and foundation, the Dane projected Maria Pihl's powerful timbres in "Malvina" unwavering and expansive into our room. Uh, what is happening? You would never expect such substance from these dwarves, which are ventilated via a reflex opening on the back.

Marika Cailly's "Les petits cafés", which we have heard countless times before, already showed conciseness and volume in the guitar intro as well as in the voice of the chosen Frenchwoman. Not a trace of the often associated with compact loudspeakers emphasis on the presence range. On the contrary: the Evoke10 appeared deliberately sonorous, even slightly round and rich, but nevertheless excellently transparent. Or does the impression go back to the clear trebles without any sign of artificial sparkle?

Searching for orientation we dragged over Dynaudio’s more than twice as expensive and righteously highly praised Special Forty. Admitted, they played more brilliantly by nuances, shone some few more tiny details in the quietly babbling background of the live recording of "Saturday Night" played by the Red Norvo Quartet and they seemed slightly "bigger" according to their dimensions. However, the more authentic mids and more seamless homogeneity were with the Evoke10.

On the other hand they only have moderate efficiency. In order to be able to play a potent bass, the upper frequency ranges are somewhat scaled back, which results in a low average volume. The small Dynaudio therefore needs powerful amplifiers, but it never put the amps mentioned under "Tested Devices" in jeopardy. After all, you wouldn’t use such small speakers for home disco, would you? And for audiophile listening – the preferred domain of two-way compact speakers – the Evoke10 is all the more suitable.

Of course, the reasons lie not least in the newly developed drivers, based on the proven top chassis of the Danes, which have been refined for decades. The "Cerotar" tweeter, for example, celebrates its premiere here, concealing refinements from Dynaudio's famous "Esotar" line behind its classic 28 millimeter dome tweeter. It features the "Hexis" inner dome, which optimizes the air flow behind the diaphragm and thus avoids resonances and distortions. Anyone who experiences the fragrant fine detailing of the Evokes in front of a pitch black, undisturbed background will gladly believe it.

The bass-midrange driver – which is doubled in the Evoke30, where the lower one works up to 1200 Hertz, the upper one, mounted close to the tweeter, up to latter’s starting point of 2300 Hz – has a light, stiff and only 0.4 millimeter thick diaphragm made of magnesium silicate polymer (MSP). It is connected to the rigid glass fiber voice coil carrier via "Balance Ribs", which is intended to guarantee precise piston-shaped movements.

Though before I was convinced that the Evoke10 would be this duo's winner – a David with a lion's heart so to speak – I'm not so sure anymore now. The 30 not only takes over the highly audiophile character of its compact sister speaker and completes it, but also grows beyond itselve. Thanks to its larger volume and the additional woofer, it not only reaches deeper down, but also achieves relevant bass volumes at significantly lower power levels, which is why its effectiveness is a good six decibels higher (c.f. measurement results).

What is more important is that the Evoke30, despite its modest size of well below one meter, reproduces the sound image at a realistic height. In the hearing test, it also developed a lavishly dimensioned horizon that was perfectly detached from the slim cabinets. The question of where the 10's bass energy came from has to be repeated in view of the full volume of the Evoke30, whose lower registers are not at all spongy, but pronounced and well contoured – and light! Yes, aside from its homogeneous, delicately accentuated midrange and its clear, unobtrusive, gentle trebles, the Dynaudio retains its airy, broad and transparent style right down to the lowest registers, resulting in a highly pleasant, non-technical and mature performance as a whole.

Sure, there are bigger and more eye-catching loudspeakers for the money, but the new Evokes will make themselves heard. And if you underestimate them because of their simple appearance, the surprise effect will convey their qualities even more clearly

An outstandingly homogenous and holistic sounding standmount speaker that does credit to its heritage and continues Dynaudio's story of success in this field. With a powerful amplifier, the Evoke 10 shows what is possible in its small class. 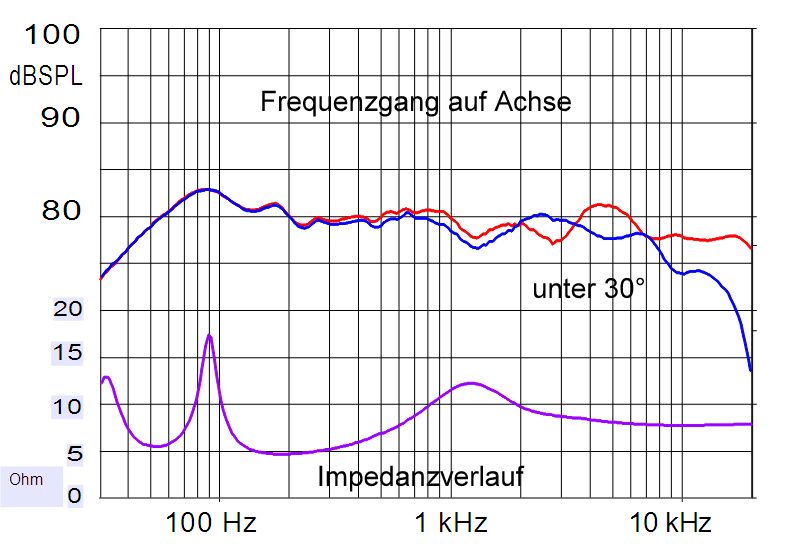 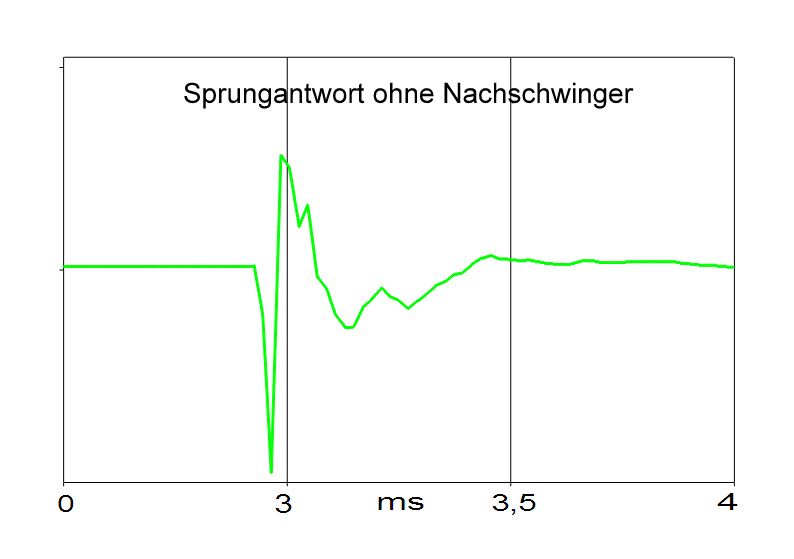 The frequency response is very balanced on axis. Below 30 degrees the treble frequencies drop, therefore the speaker should be angled towards the listening position. Dynaudio gave its small speaker a tiny peak around 80 Hertz, which somewhat hides the fact that the concept's possibilities are limited in the lower ranges. The step response is on point, which is not very surprising considering the light weight of the mid-bass driver. The efficiency is moderate, which is why the Evoke10 demands power at higher levels.

Their profound and powerful bass belies the modest dimensions of the Evoke 30. Also due to its wide spatial spectrum it appears larger than its cabinet's size suggests. Natural mids join soft, clear highs. 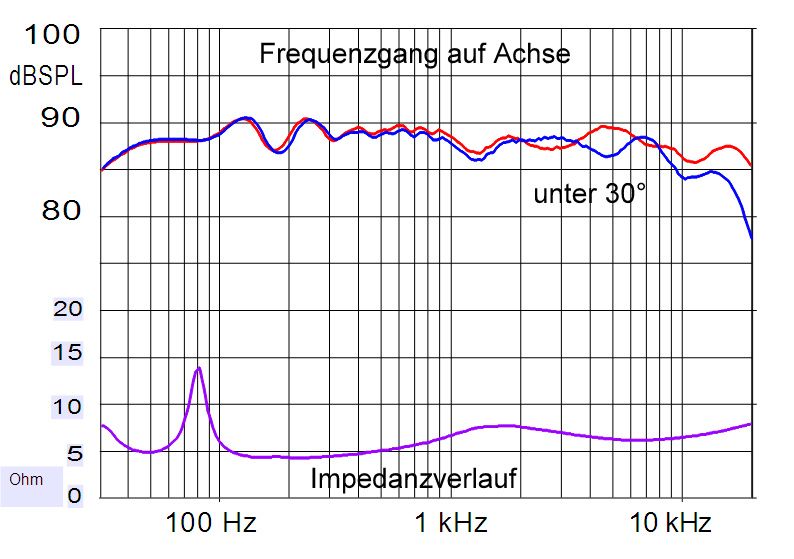 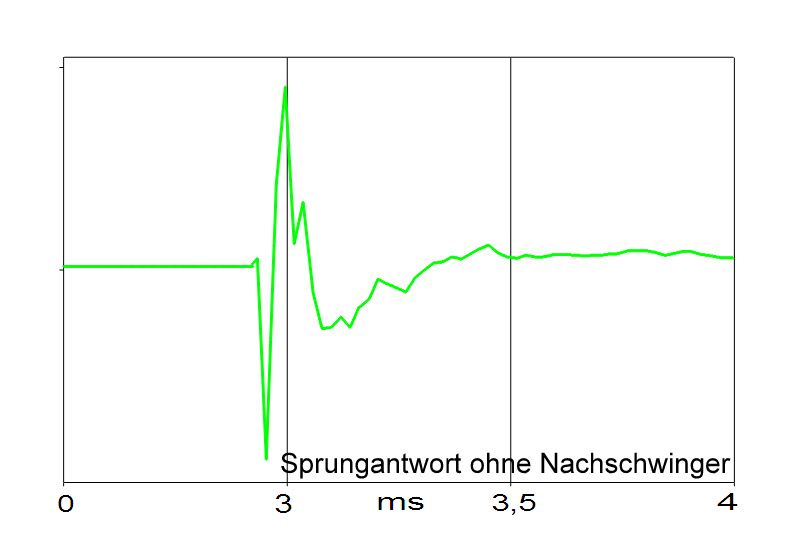 Very balanced frequency response on axis, whose amplitude response always stays in a corridor of maximum plus/minus two decibels. Outside the axis the heights drop. For this reason, the Evoke 30 must be angled slightly towards the listening position. The Dane's flat impedance curve – the four-ohm line is never crossed – makes life easy for the amplifier, as does the high efficiency. Precise step response.

Rafael Fraga – Trova Caminhada: The naturalness and lightness of the recordings with the Portuguese singer and guitarist sets standards.

In addition to the variants „White High Gloss“, „Black High Gloss“ and the dark „Walnut Wood“ shown here, the Evokes are also available in the light veneer tone „Blonde Wood“ (above).