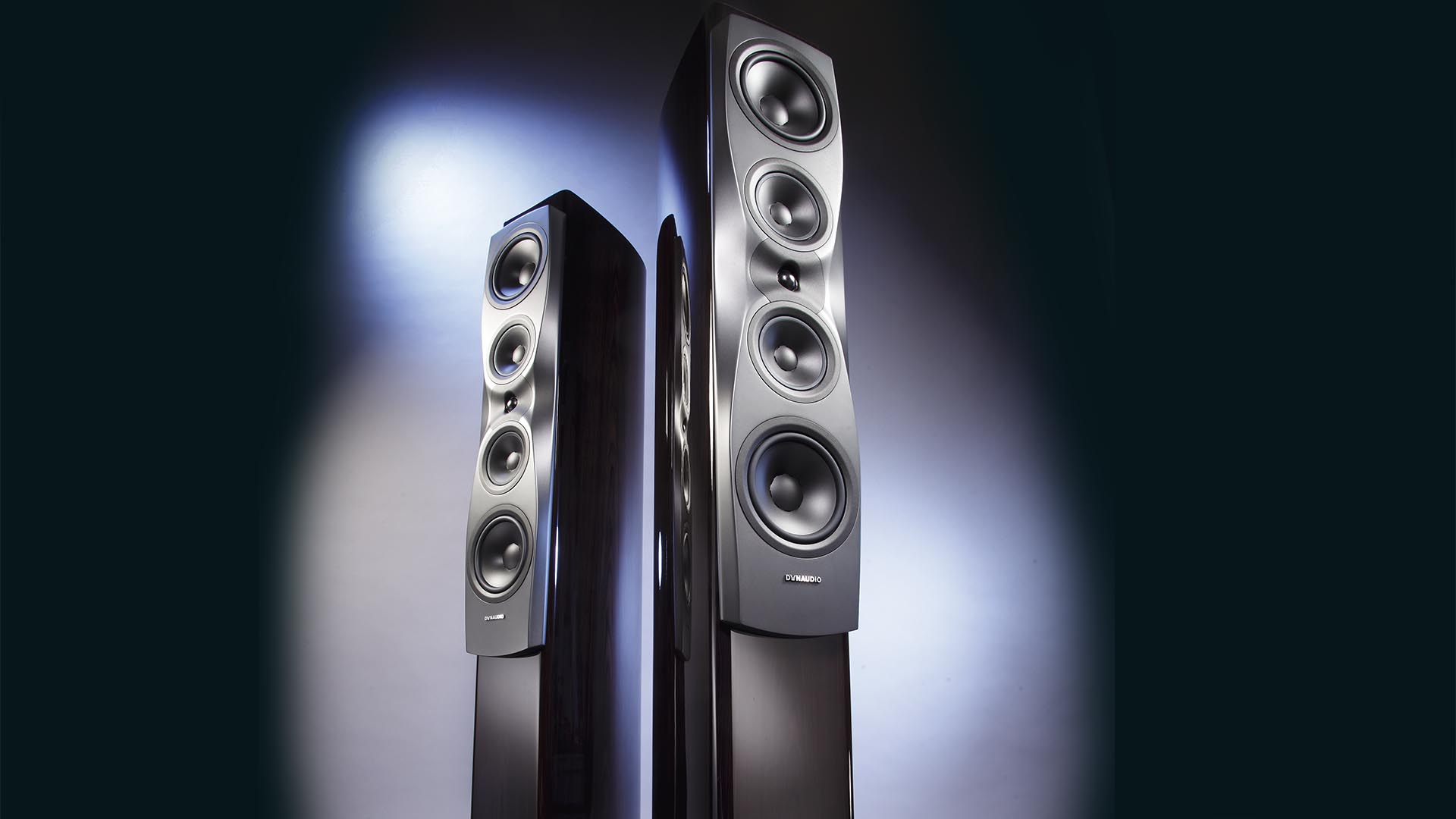 Leap for Joy – Never before has there been a Dynaudio quite like this. True, they have always been a pleasure to listen to – but the new Confidence 50 seriously challenges our past benchmarks.

Whoops! Is this still Dynaudio? The brand with the somewhat serious and technological image and the academic touch? Unmistakably, the new guest in our listening room, the slim Confidence 50, is a loudspeaker from Denmark. However, the experience of listening to this loudspeaker goes far beyond the emphatically affectation-free and nitpickingly precise clean gradation and delicate differentiation of the "professor's sound" that we have been accustomed to from the Skanderborg speakers for decades and which we deeply appreciate.

Although you, dear readers, can take all the above-mentioned parameters for granted with the Confidence 50, which is the second largest model in the Scandinavian series that has now been updated after what feels like an eternity, these are accompanied by an unusually passionate commitment, fed by energy and tension, which not only presents the music to the listener in the usually clean way, but now also involves him or her, and creates a far deeper emotional contact than ever before.

A great example is Maria Pihl's "Malvina". This title, which we've heard umpteen times before, is organized perfectly on point by the Confidence 50, which means the presentation was three-dimensional and with a meticulous balance between a pleasantly rolling bass, a precisely outlined voice with perfect timbre and a veil of weightless synth. The Dane effortlessly establishes a connection between the listener and the slightly melancholic piece, which is something the more distanced predecessors Confidence C2 and C4 could'nt do quite as well.

By the way, this quality seems to be independent of the size of the speakers, as we had noticed it already during testing the much smaller and cheaper Dynaudio "Evoke" standmount and floorstanding speakers. Should this "intensified" way of musical listening really become the consistent guideline for new Dynaudio loudspeakers, their competitors will have to be even more careful in the future.

It is not easy to describe how exactly this happens, because it is not enough to reduce this question of character to individual disciplines, i.e. to simply attribute more dynamics, three-dimensionality or bass conciseness to the Confidence 50. All of these were already pronounced in the past. Rather, it is a blend of intensifications and refinements in various places that produced this change. If the Dane were a breeding cattle, we would assume that Dynaudio had crossed its recently expired large C4 with a tense bow.

Or maybe it's just technical progress that we hear? After all, the old Confidences ran for about 16 years, including a refined "II" or "Signature" version and the only visually updated "Platinum" version. They would probably have continued to exist, but the redesigned replacement shows what has happened in the meantime. After all, the Danes from Dynaudio design and manufacture their chassis themselves and thus achieve an unusually high depth of development in their loudspeakers.

One of their special treasures has always been the "Esotar" tweeter, a fabric dome tweeter, which has been maintained with professional love and dedication and has been continuously improved upon over the years. With the new Confidence line it comes as Esotar3 which sports numerous optimizations, including a modified sound conduction behind the diaphragm to eliminate all energy that is radiated backwards before it is reflected and interferes with the forward emitting signal. This tweeter again claims a place among the best on the planet. The Esotar3 sounds as soft as butter, very delicate, but also firm and without any artificial shine and it "disappears" completely in the outstandingly homogeneous performance of the Confidence 50.

In typical D'Appolito style, the tweeter sits in a strikingly shaped aluminum profile and is surrounded by two 13 cm mid-range drivers and, on the outside, two 18 cm woofers, which have also been entirely newly developed compared to the drivers of its predecessors. This mechanically achieves the "Dynaudio Directivity Control" (DDC), whose task it is to limit the horizontal radiation in order to minimise early reflections, especially from the floor, which could impair the spatiality and definition of the reproduction. What the Danes had before achieved by means of a tweeter pair smartly driven by the crossover, is now done by a "waveguide" that is perfectly integrated into the baffle made of "Compex", which is supposed to combine the stability of metal with the damping of MDF.

Wherever you look, you see first-class workmanship and uncompromising solutions. This starts with the immaculately manufactured cabinet, which is available in five finishes, and includes the visually unobtrusive "next-gen" pole terminals from the Essen-based contact specialist WBT, which are all the more important for their sound quality.

The Confidence, which weighs almost 50 kilograms, rests on a steel plate that ends in supports. When setting it up, the enclosed metal discs should be used, which adhere magnetically to the threaded bolts and allow the box to be moved easily. Once their correct position has been found, the spikes from the accessory pack should be used in their place. Their positive influence on the detachment of the sound image from the slim cabinets, on bass precision as well as the fine-drawing should not be underestimated. To put it simple: if you leave the Danes standing on their discs – which can also be used as spike coasters – you lose a lot of sound quality.

And that would be a pity! Because the new Confidence 50 demonstrates how music becomes a stirring experience through beguiling sound. For us, it seemed almost like the Confidence leapt of joy, as we already noticed its qualities during the meticulous setting up – every millimetre counts. When everything was on point and playing, "Whoa!" was one of the weaker comments.

How many times we have heard the lively "Saturday Night" of the Red Norvo Quintet from the STEREO Hörtest-CDVI, I can't say – but rarely have we heard it so holistically, placed in the listening room with such floating lightness. Light and quick the vibraphone, which was refined down to the texture of the involved materials, popped up between the speakers, with the audience, quietly babbling in the background, appearing at a clearly defined distance from the front edge of the stage, all awhile the band seemed completely relaxed and full of air even during the louder passages.

The Confidence 50 delivered all this in an impressively natural and unadjusted way, including the somewhat lesser involved, neutral touch familiar from Dynaudio speakers. However, on top of that, they also managed to convey the ensemble's subliminal glow and pure joy of playing. When it is one of the greatest feats of high end to make complicated things appear simple by creating a credible, perfectly organized, cohesive performance from countless details, then the Confidence 50 is a "true" artist, who does not neglect the emotional flair and the tingling musicality.

We could hardly get enough of it, especially since even higher levels sounded effortless from the cabinets with bass ports at the bottom. The big band tracks of a recently introduced direct cut LP were as authentic as they were emphatic, and how the developers managed to conjure up such a fast, elastic and deep bass from the not so luxurious bass drivers remains a mystery to me.

What was the former advertising slogan of the company? Exactly: "Danes don't lie!" And the Confidence 50 confirms that. It plays what is there – not more and not less – and may be regarded as the standard of its class.

What the Evokes indicated is now beautifully confirmed by the Confidence 50: Dynaudio is taking a real step forward, preserving its traditional virtues and adding a good portion of passion to them, which completes the appearance of the Danish loudspeakers. Exquisite, natural homogeneous sound. 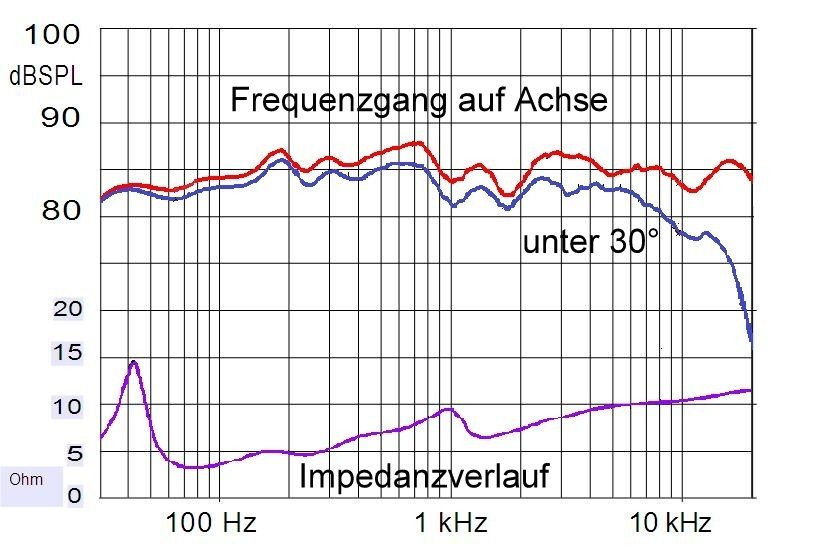 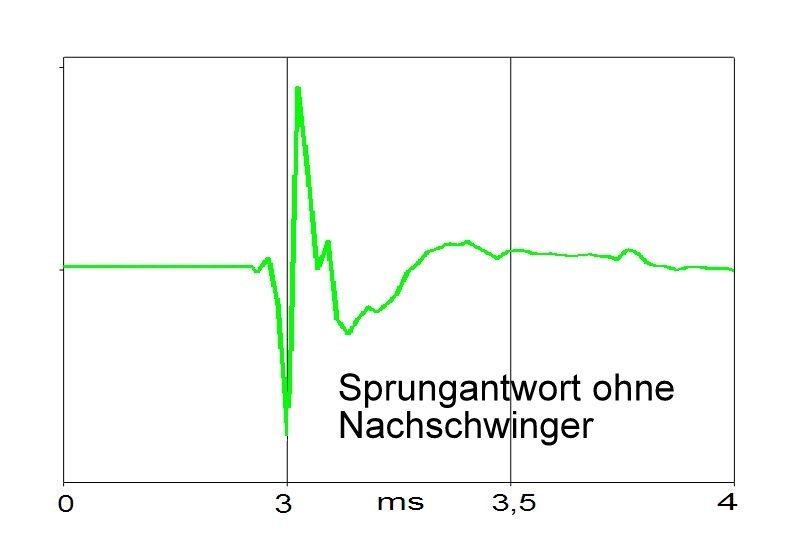 Linear frequency response, which drops significantly in the treble range at a 30 degree angle, which is why the speakers should be angled towards the listening position. Still good efficiency, pleasantly flat impedance curve for any amplifier, extremely low distortion at all frequencies, very precise step response without reverberation.

In addition to the many other changed details of the drivers of the previous speakers and the new Confidence line, the now slimmer, albeit stronger magnet system is immediately noticeable in the woofer. In the current 18 cm woofer it consists of a neodymium magnet. Previously, a ferrite type had been used. There were also extensive modifications to the bead, voice coil and other parts. What remains is the low-resonance MSP diaphragm.

The Esotar3 (r.m.), which continues the series of Dynaudio's famous tweeters, starts with the new Confidence. Compared to its predecessor Esotar2, the Esotar3 is considerably higher due to the elaborate sound conduction behind the fabric dome.