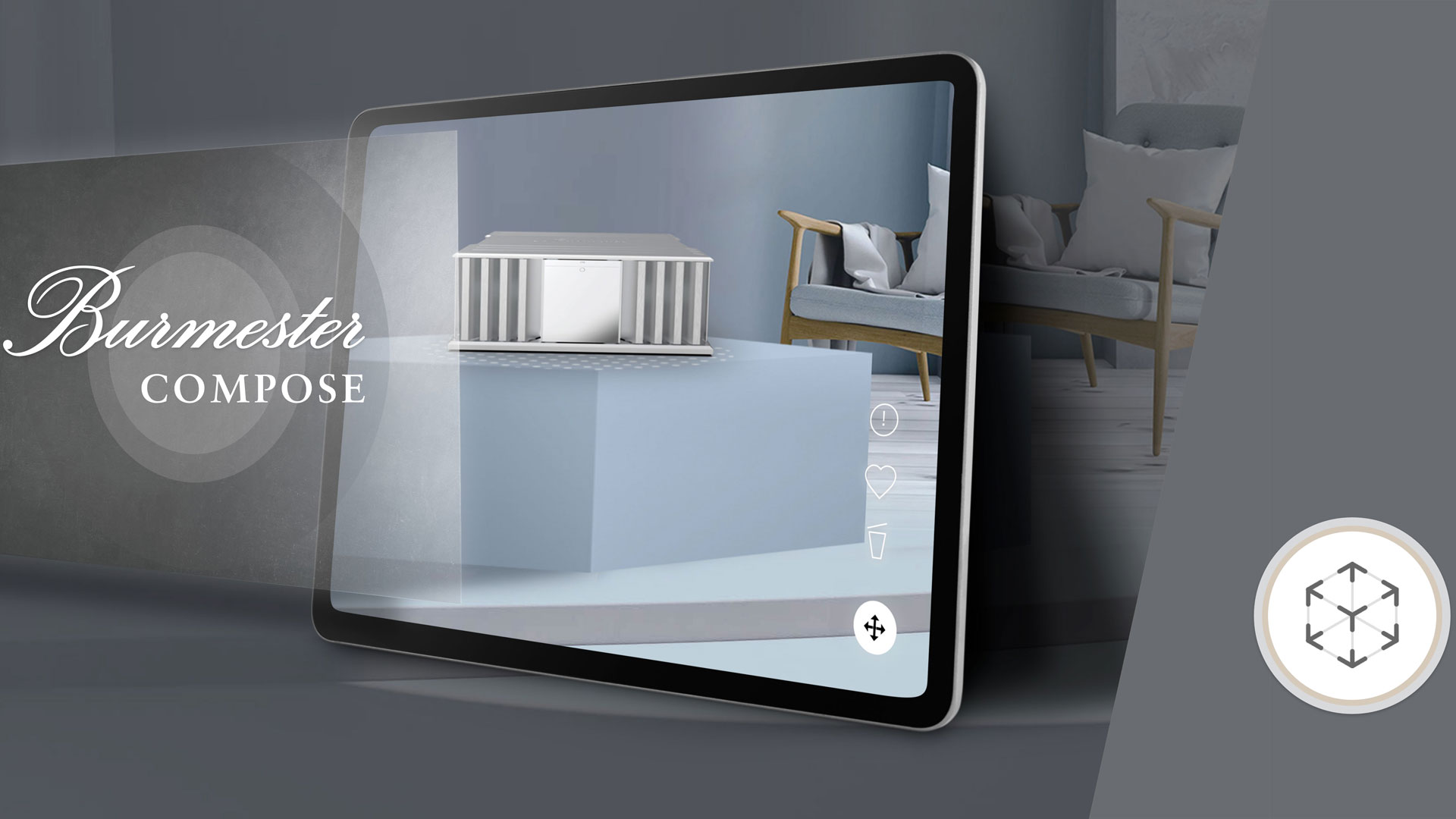 Only for iOS thus far

Products from the German high-end manufacturer Burmester can now be projected directly into your own rooms thanks to the new AR app "Burmester Compose".

The newly released app "Burmester Compose" is initially only available for iOS devices – such as iPhones and iPads – via the Apple App Store; according to Burmester, a version for Android devices will follow. In the app, hi-fi components from Burmester can be virtually projected into one's own living (or listening) room via augmented reality, and various combinations as well as designs can be tried out thus.

If the user likes the virtual representation of the system, the app is also said to provide simple possibilities for contacting a Burmester dealer directly, for example to schedule a listening test. In addition to the AR features, the "Compose" app furthermore wants to provide technical product information as well as product photos.