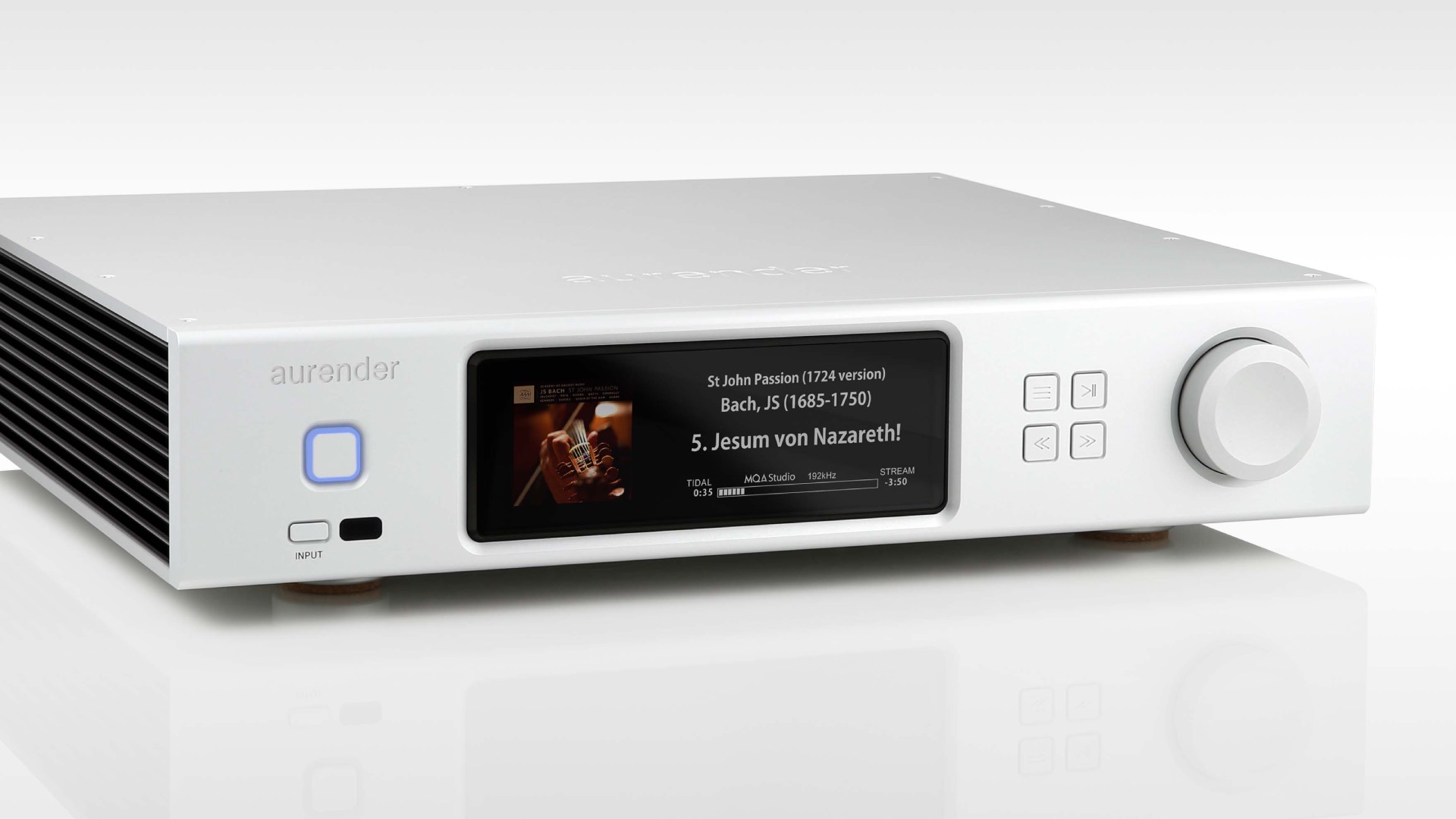 The Aurender A15 is a full-on streamer and server with built-in DAC and analog outputs. (Image Credit: Aurender)

The new A15 from Aurender, South Korean specialist for digital devices, offers streaming capabilities and an analog output in addition to being a digital music server.

They are mainly known as puristic digital streamers & servers without a D/A-converter and analog outputs: the devices from Aurender from South Korea. The new A15, however, comes as a complete set with integrated DAC and an analog output stage. The 17.5cm wide LC display adopts the look first seen on the top-of-the-line music server N20 and takes up most of the aluminum front panel. Album covers are displayed there along with artist and album names and song titles. The Koreans attribute superior quality to the new CPU as well as the "Full-Decode MQA" certified dual-mono AKM4490 chips. Other upgrades include a dual-mono linear power supply, a double-isolated LAN port, as well as an FPGA-based precision clock with TXCO crystal oscillator.

Operationally, the A15 can act as a digital music center. When using its variable output, it becomes a preamplifier, with the volume being controlled via a front panel button, remote control, or the Aurender Conductor app. The DAC's capabilities can also be used in conjunction with other digital sources, as one optical and one coaxial input each are available for this purpose. In addition, the A15 offers an integrated audio class USB 2.0 output.

Aurender's "Adaptive File Library Storage System" supports two drive slots on the back of the A15 for later, optional HDD/SSD installation. The owner is thus supposed to be able to choose the hardware that best suits their personal needs. Currently, up to 16 terabyte of SSD storage is said to be possible.

As with all Aurender models, the Aurender Conductor app is used for operation. This supports Apple iOS as well as Android and can control audio content via tablets and smartphones.

Available* in silver and black, the Aurender A15 will be launched in September* and costs just under €8900 without additional memory modules.