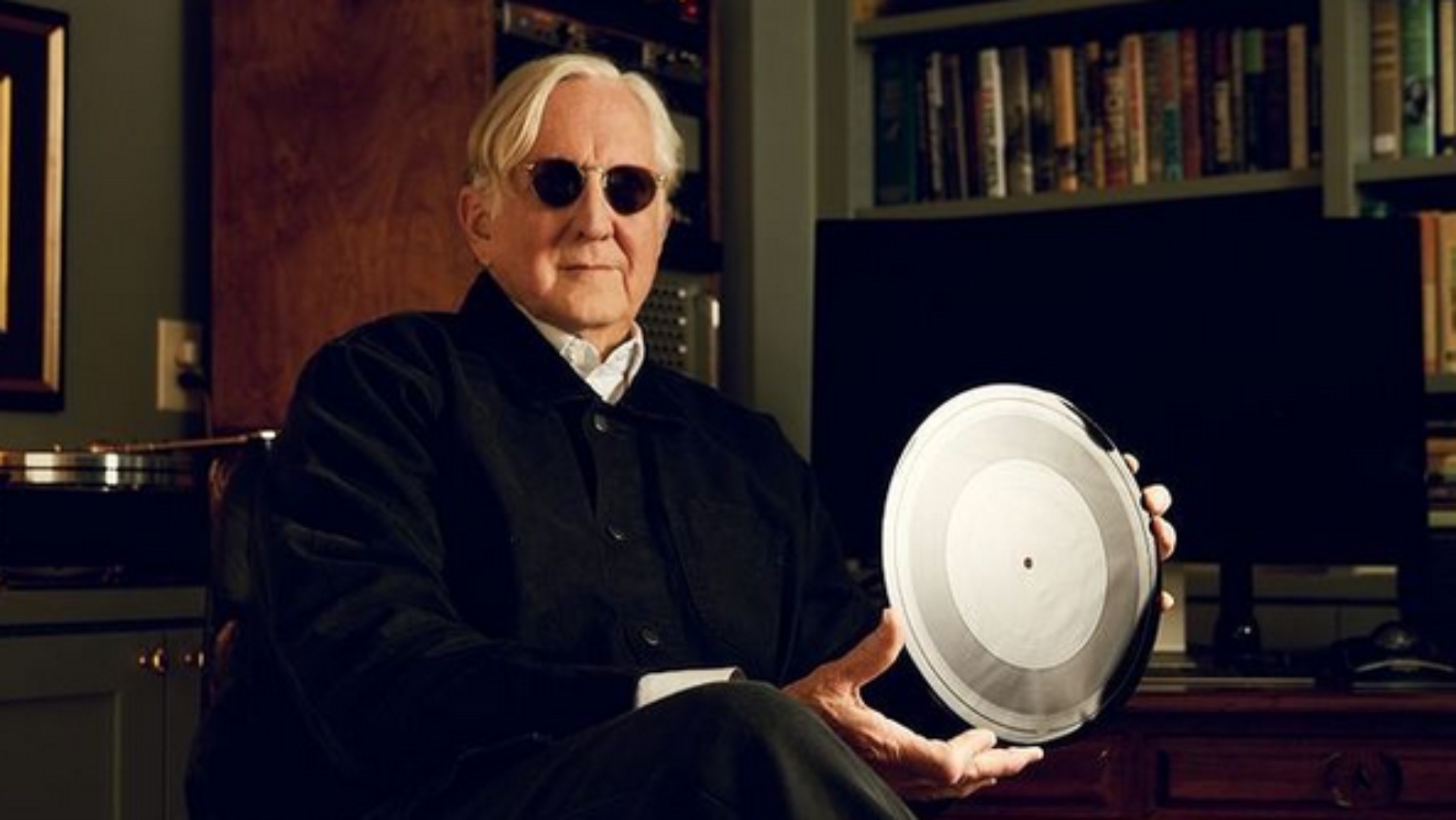 T Bone Burnett presented a new Medium for recording audio, which offers features of both CD and vinyl. To mark and promote the new disc, he re-recorded some legendary songs with Bob Dylan, which are to be released on the "Ionic Originals".

The American musician and producer T Bone Burnett has unveiled a new analog medium that he sees as the "first breakthrough in analog sound reproduction in more than 70 years." Burnett himself describes his new analog medium as follows: "Not only is an Ionic Original the equivalent of a painting, it is a painting. It is lacquer painted onto an aluminum disc, with a spiral etched into it by music. This painting, however, has the additional quality of containing that music, which can be heard by putting a stylus into the spiral and spinning it."

That certainly does sound like a vinyl record, or rather what comes before that: a lacquer disc. In terms of sound, however, the new medium is claimed to go beyond the quality constraints of CDs, LPs as well as streaming. The goal is to preserve the "warmth" and liveliness attributed to an analog music medium, while Burnett dismisses digital sound as frozen.

The characteristics attributed to the "Ionic Original" basically also apply to the lacquer/master disc of a record: they offer the best sound quality and are – always – unique, as they are individually cut. However, they are not very durable and have to undergo the next production steps as soon as possible after being cut.

But there should be more to it than that, because when it comes to producing individual direct cuts of tapes according to the SuperSense model, for example, the system would be extremely individual and would not really need such a big announcement. Be that as it may, it would be nice to know whether the Ionic Originals can be played like common records.

The first music to be released as Ionic Originals will be a series of classic Bob Dylan songs that Burnett has just re-recorded with the legendary musician. Burnett has founded a new company, named "NeoFidelity", to distribute the novel medium; as mentioned before, it is still unclear exactly how it works and what will be needed to listen to it.

Burnett also already has planned which artists he wants to collaborate with for the "Ionic Originals". These pieces of analog media are then claimed to have archival quality and present the "pinnacle of recorded sound." And they would be original piece by piece, as the 74-year-old Grammy and Oscar winner states. So far, everything is still – probably intentionally – unclear and nebulous. In any case, we'll stay tuned.