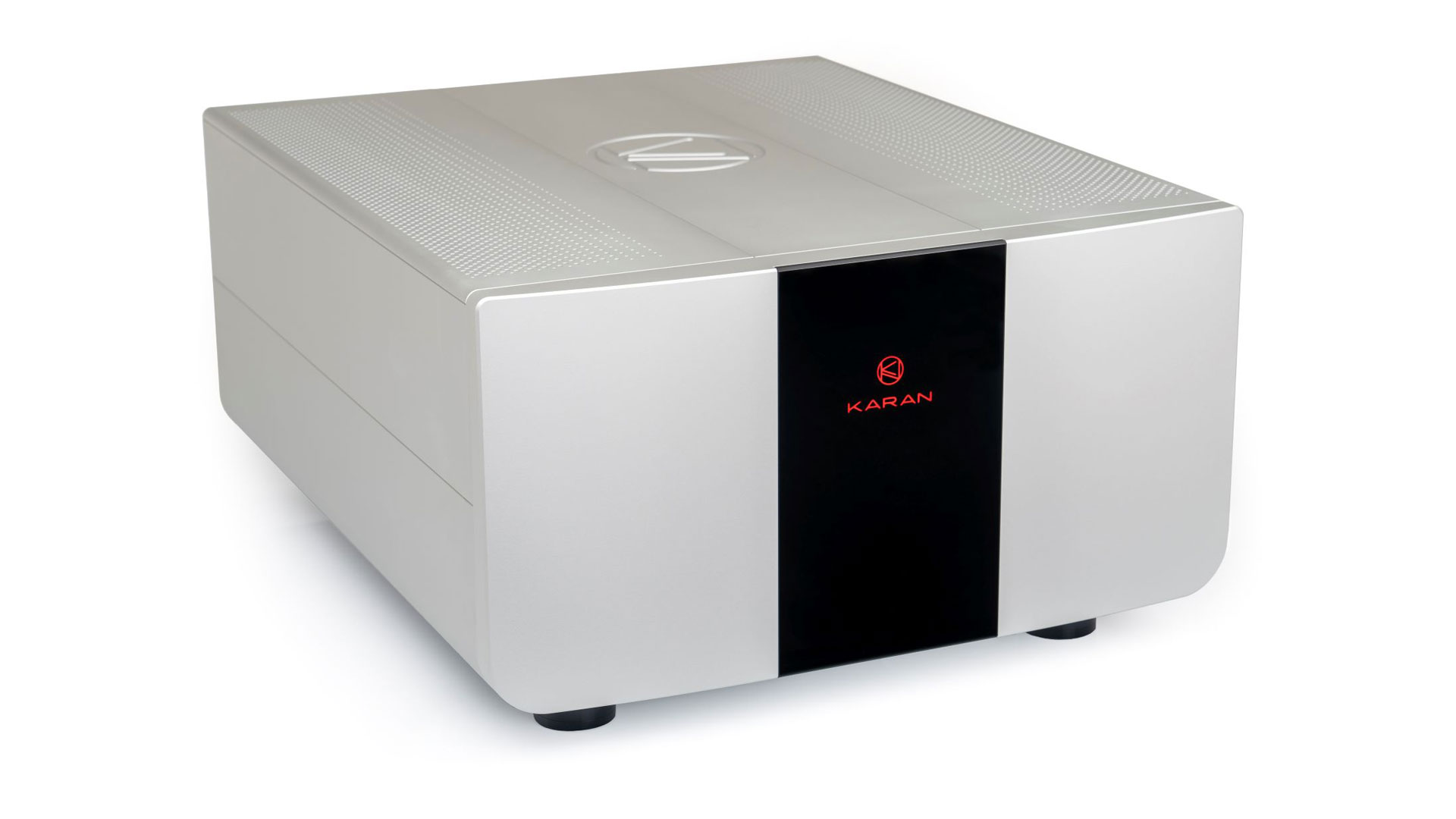 To accompany the "LINE" Preamps from the "MASTER COLLECTION", Karan Acoustics from Serbia has created the "POWERa" mono and stereo power amplifiers.

The POWERa amplifier comes in two shapes: as a mono power amp, with a stated power of 2100W (8 ohms), and as a dual-mono stereo amplifier chassis with a stated power of 2x650W (8 ohms); with this power, they are said to be able to drive any loudspeaker regardless of sensitivity or impedance. Like other "MASTER COLLECTION" products from Karan Acoustics, the new power amps are said to contain only the best components in terms of resistors, capacitors, bipolar output devices, internal wiring and connectors – as well as toroidal transformers that are supposed to be both large and ultra-quiet.

Two main features of the POWERa stand out even more: a newly designed and built chassis as well as the fact that Karan has included a built-in mains conditioner in the new devices. In aiming for the minimization and elimination of resonances, the new chassis is supposed to combine high mass – with the new enclosure having an increased thickness and density in its front and rear panel as well as the top cover – and the fitting materials. The most important aspect is, according to the manufacturer, that the heatsink for the output devices is now a single piece, manufactured in a unique manner from a solid CNC-machined piece of special aluminum. Also, the new power amps rest on three CMS CS2-1.5 isolating feet.

Additionally, Karan Acoustics has included a line conditioner in the new POWERa amplifiers for the first time. These components aim to filter and eliminate negative aspects of DC voltage, which otherwise might have an influence on the sound, heat up the transformer, or prevent the sine wave from being perfectly shaped. At the same time, the power conditioner itself is said to also not have any influences on the sound. To compare the differences it might have on the sound, the conditioner can also be switched off.

According to Karan Acoustics, the POWERa and POWERa mono amplifiers are available now, with the plan to launch smaller variants called POWERb in the latter part of 2022. The PHONOa and PHONOb from the "MASTER COLLECTION" are also said to be nearly finished, with shipping expected to start before the end of February 2022. The Master Collection POWERa stereo costs 39.000 euro and the Master Collection POWERa mono is 77.500 euro per pair.