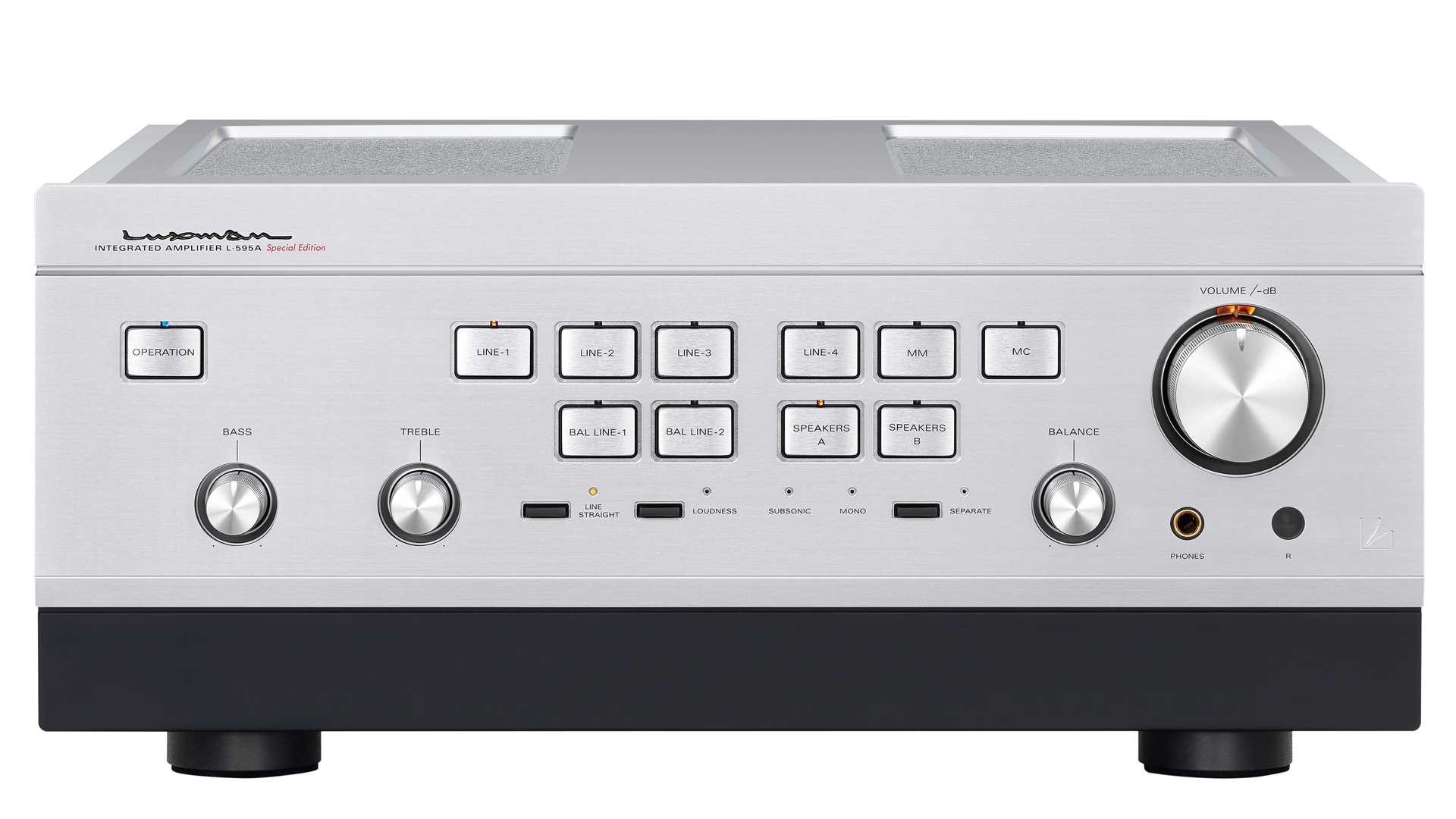 Luxman's new L-595A Special Edition is a pure Class A integrated amplifier, inspired by the L-570 from 1989. Still, it is also equipped with the latest technologies Luxman has to offer. Outside of Japan, this special edition model is limited to just 300 units.

Luxman celebrates the company's 95th anniversary with the L-595A Special Edition integrated amplifier. The design is not the only thing reminiscent of the L-570 from 1989; as a pure Class A amplifier with high-quality components and quite sizable power supply, it also stands in the tradition of its predecessor on the technological side. At the same time, the L-595A Special Edition should offer sufficient power reserves not only for high-efficiency speakers, employing 2 x 60 watts (4 ohms). The innovative LECUA (Luxman Electric Controlled Ultimate Attenuator) 1000 circuitry – which also handles the balance control of the L-595A Special Edition – is supposed to not affect the sound in any way even at low volumes while ensuring the best possible channel balance. The amp is also equipped with the latest version of the ODNF feedback technology.

The design of the L-595A Special Edition's front panel, featuring square buttons and knurled knobs, was taken directly from the L-570. Two of the six high level inputs are balanced and the phono preamp accepts both MM and MC systems. A separate, switchable input/output between the preamplifier and power amplifier as well as two pairs of speaker jacks round off the set of connections. All RCA terminals are made of a special alloy that is supposed to combine the conductivity of copper with the long-term stability of brass. A tone control with bass and treble as well as a loudness switch can be used to adjust the sound to personal preferences, and a subsonic filter eliminates low-frequency artifacts. All filter functions can also be bypassed at the push of a button.

All L-595A Special Editions shipped internationally are marked with an individual number identifying them as representatives of a special series limited to 600 units worldwide. In Germany, Luxman's L-595A Special Edition class A integrated amplifier will be be available starting in July 2021 at select retailers, at an MSRP of 12,595 Euros.