Cabasse is introducing the new ultra-compact subwoofer/satellite system Pearl Keshi, whose speakers have a diameter of only eight centimeters.

The most important part of the new Pearl Keshi system is the smart 22cm subwoofer, which houses streamer, DAC and amplifier. This controls the two satellite speakers via cables, with the satellites having a diameter of just eight centimeters and their membranes a thickness of only 50 micrometers, according to Cabasse. To improve the signal and sound, Cabasse's room correction CRCS, signal-optimizing DEAP, and AI technology DFE are used, which is said to adjust the signal to the volume. All three parts of the system also rest on metal feet that are supposed to suppress vibrations.

The subwoofer as the central unit offers Ethernet as well as Wi-Fi, Bluetooth and Airplay2, and also has connections for Micro USB, S/PDIF optical and 3.5mm jack; various streaming services, such as Tidal, Qobuz, Deezer and Spotify, are integrated. Integrating The Pearl Keshi into a Cabasse multiroom system is also said to be easy; the system is controlled via the included remote and the StreamCONTROL app. Power is stated at 450 watts for the subwoofer and 300 watts each for the satellites.

The new 2.1 system Cabasse The Pearl Keshi is available now*, and comes with an MSRP of around €2500* in a black or white matte finish. 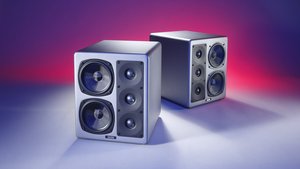 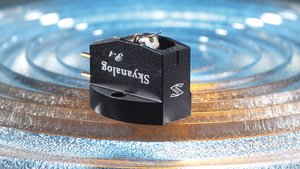