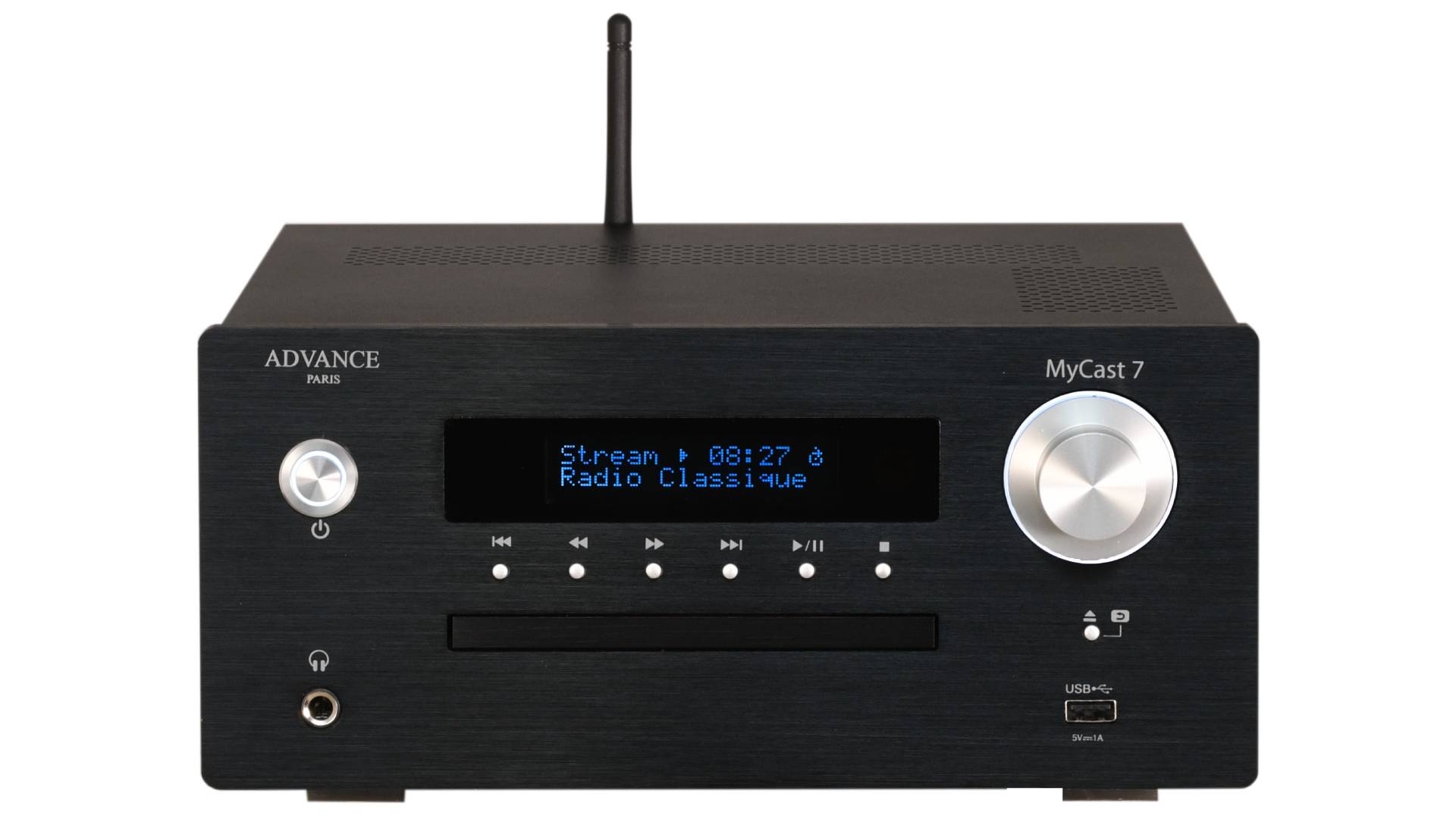 Advance Paris has announced two new streaming components: the compact all-in-one system "MyCast7" as well as the streaming integrated amplifier "PlayStream A1 HDMI", both including phono stages and more.

Advance Acoustic launches two new products for streaming music. On the one hand, the French company presents the all-in-one device "MyCast 7". It is a compact amp that also carries a CD drive and FM/DAB+ for radio connectivity, as well as a streamer – which supports Spotify and Deezer, but also Qobuz and Tidal – and of course access to your home network. Internet radio via TuneIn and iHeartradio is also included, Bluetooth and AirPlay 2 are supported; HDMI connection with return channel, a Wolfson PCM DAC with two digital inputs, USB, a phono MM input as well as a subwoofer output round off the list of equipment.

The power of the MyCast 7 is stated to be 2x 45 watts into 6 ohms, coming from a Class A output stage. A remote is included, and the corresponding app for iOS or Android is available for free. Weighing just under 7 kilograms with a solid aluminum front panel, the device is available in black with silver knobs and costs around 700 euros*.

Furthermore, a streaming integrated amplifier has also been announced from Advance Paris. The PlayStream A1 HDMI is claimed to deliver 2x 52 watts from a Class AB amplifier stage into 6 ohms. The entire construction is said to meet high standards. Thus, a high-quality DAC including USB is built into the device, as well as an HDMI port with return channel to integrate a TV and – again – a phono input (MM).

The high-resolution streaming functionalities also include Spotify, Deezer, Amazon Music, Napster, Qobuz and Tidal as well as three Internet radio options. Bluetooth is also on board. Coming also in the typical black look with silver-colored knobs, the PlayStream A1 HDMI costs around 790 euros*.