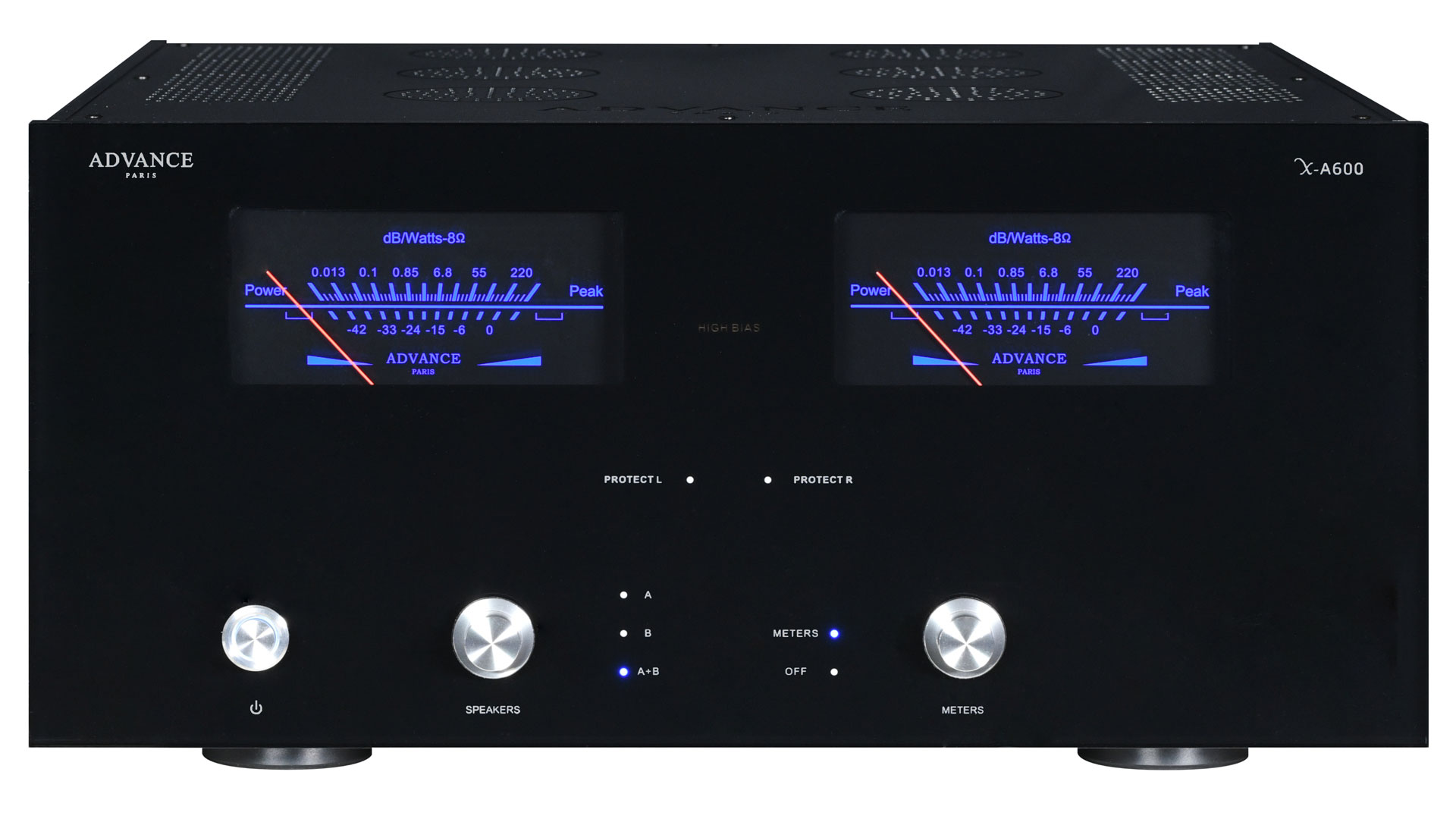 In addition to a preamplifier and a power amplifier, Advance Paris launches two CD players, one being a pure drive and the other a player with built-in DAC.

Advance Paris introduces four new devices, including a preamplifier as well as a power amplifier. The power amplifier is nemd "X-A600" and, according to the manufacturer, offers 200 watts per channel into 8 ohms and weighs around 30 kg. Thanks to a strong transformer as well as electrolytic capacitors – as short-time current storage – the X-A600 is said to powerfully amplify the signal both under continuous load and during short dynamic peaks.

Also new from Advance Paris is the dual mono preamplifier "X-P700", which, as the title suggests, works completely channel-separated. In addition to a pure Class A mode, the preamp also carries the PCM1796DB D/A converter from Texas Instruments, as well as a phono preamp and even two headphone outputs driven by a matching headphone amplifier. Besides analog RCA and XLR inputs, the X-P700 also offers digital coaxial and optical inputs as well as USB.

Two new CD players also come from Advance Paris, "X-D500 EVO" and "X-CD1000 EVO". The X-D500 EVO as a pure drive delivers its signal only digitally – optical or coaxial – and carries two toroidal transformers, which are supposed to be completely separate from the drive and thus do not influence it. The X-CD1000 EVO, on the other hand, features a D/A converter – a 192kHz/24-bit AD1955 from Analog Devices, which can also be fed externally – and can thus output the signal digitally via AES/EBU, coaxial and optical as well as analog via RCA or XLR. In addition to special bracing designed to improve signal purity, the interior of the CD player also features a large toroidal transformer and a tube output stage.