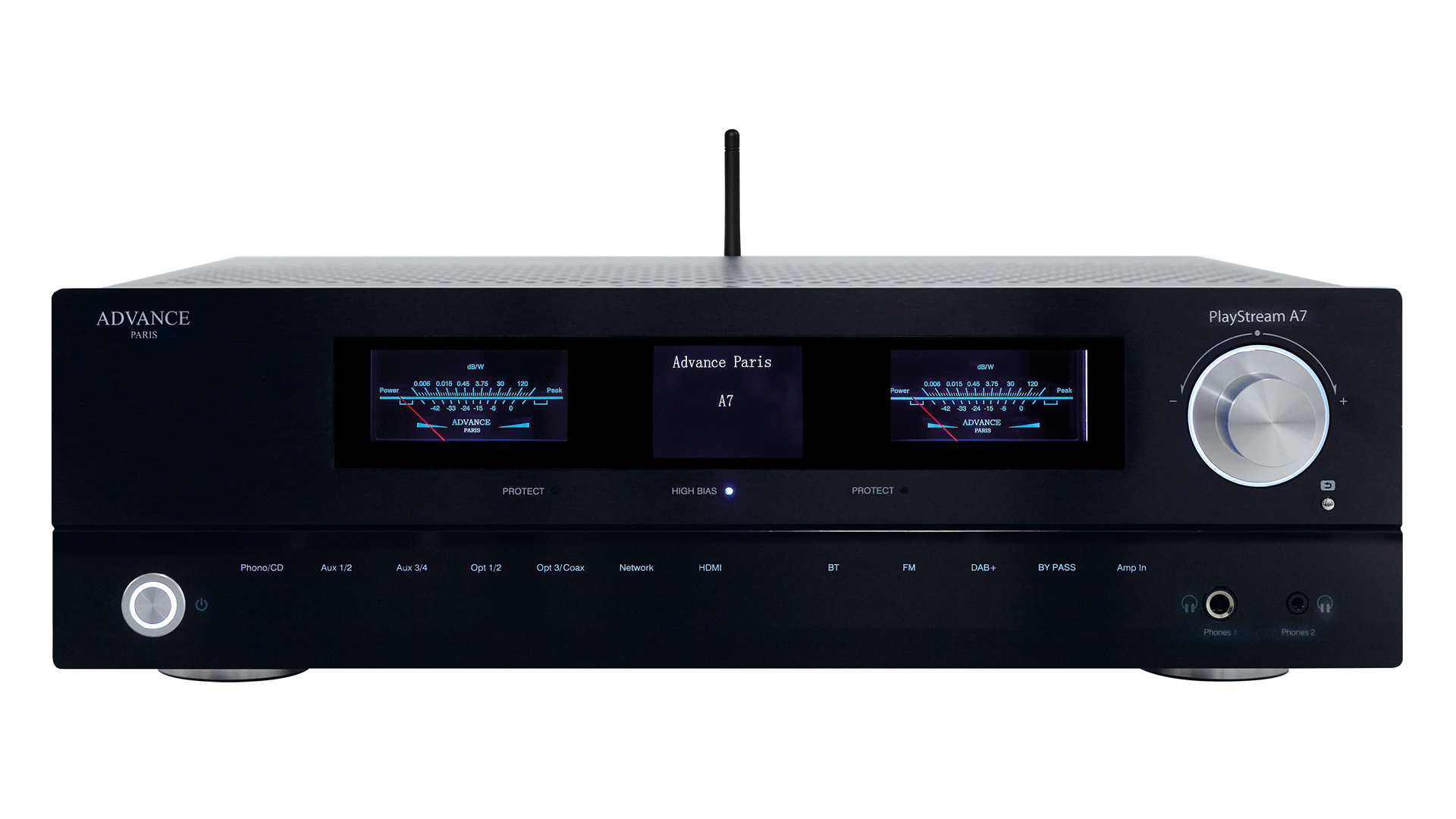 Advance Paris PlayStream A5 and A7

With the PlayStream A5 and A7, Advance Paris launched two new integrated amplifiers with network module and FM/DAB+ receiver.

The manufacturer calls them "streaming amplifier & all in one system" – the term "receiver" is nowadays rather used for AV-devices. But wouldn't "all in one" usually also include a CD drive and built-in speakers? In any case, the two "Playstreams" can play high-definition music from the home network and from the streaming services Spotify, Tidal, Qobuz, Deezer and Napster, as well as receive web radio and FM/DAB+ stations. They can also be grouped with other Advance streaming devices to form a multi-room setup. They are controlled via an app or using the included remote control and the front display located between the two pointer instruments. In addition to 5 line sources, 3 optical and one coaxial S/PDIF source, a turntable with MM or MC and, in the case of the large Playstream A7, also a TV can be connected via HDMI-ARC. The output power is indicated by Advance Paris with 2x180 Watt into 4 Ohm on the A7 and 2x130 Watt on the A5. The prices are 1290 and 990 Euros respectively.