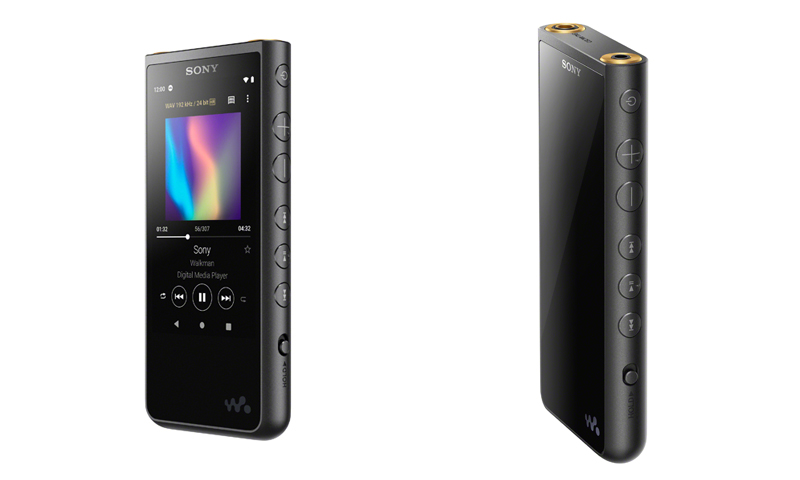 They are also powered by Android, so apps can be installed from any streaming service. Both devices have a 3.6-inch display, a milled aluminum frame, and support HiRes playback up to 384 kHz (PCM) and 11.2 MHz (DSD), with the small model converting the DSD bitstream to PCM. They can send via Bluetooth using the LDAC codec. The internal memory (64 GB for the ZX507 and 16 GB for the A105) can be expanded thanks to the microSD slot. While the more expensive model will only be available in black (from November), the A 105 will be available in red, black, pale green, orange, blue – on request together with the new WH-H910N headphones. For retro fans there's the 105 for 440 Euros as NW-A100TPS with the image of a Compact Cassette as user interface and screen saver - a reminiscence of Sony's first Walkman, which was launched exactly 40 years ago. Depending on the codec of the music being played, the type of cassette changes.