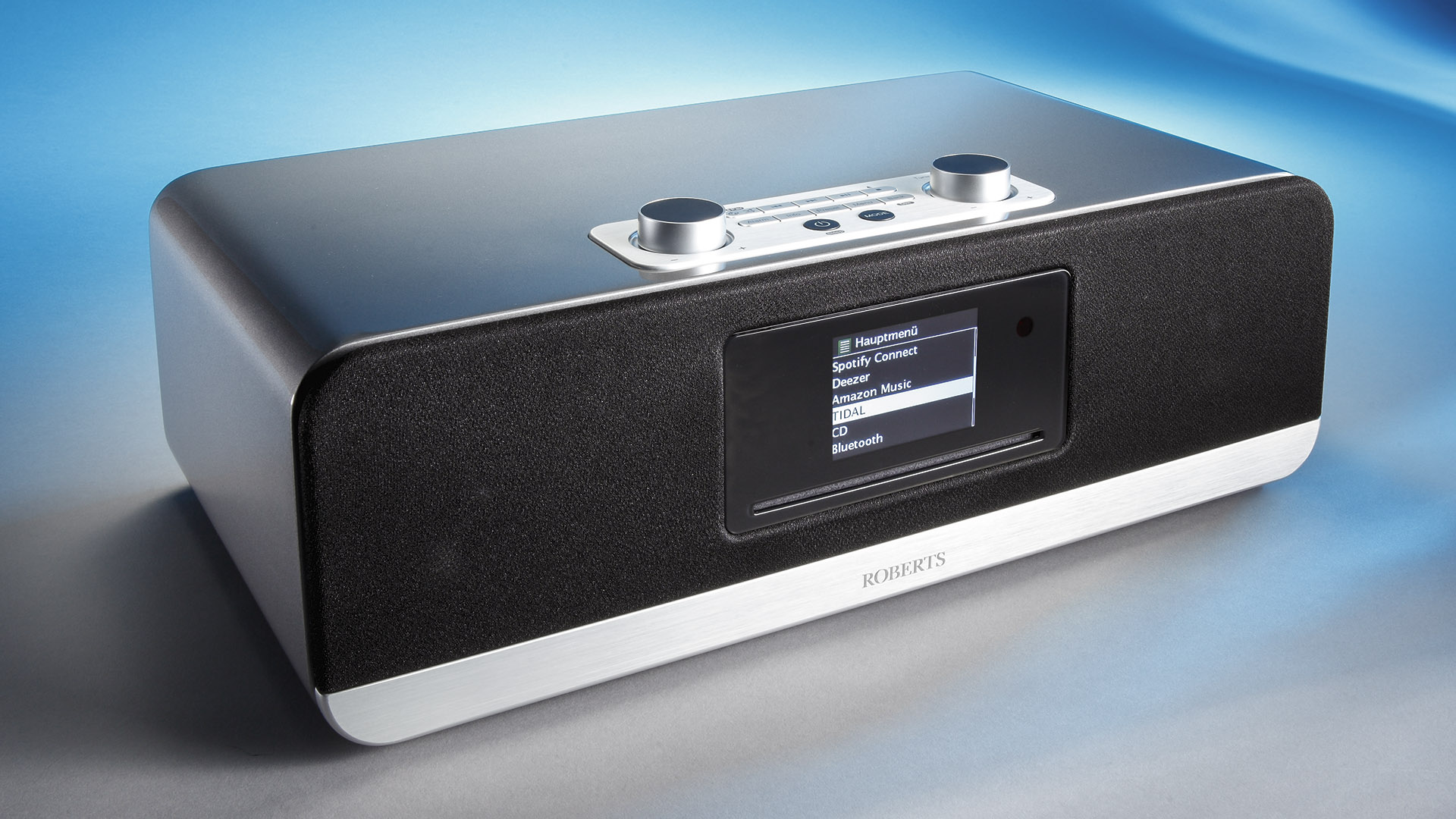 Summer of Sixty-Seven – Roberts Radio's new Stream 67 is easy to use and looks great. But how does the British all-in-one system perform in the STEREO listening room?

More than 80 years ago, in 1936 to be exact, Roberts Radio was founded by Harry Roberts and Leslie Bidmead in London. While at the time it was no more than a small workshop that produced about three portable radios a week, the manufacturer quickly developed into a major player. In 1955, Roberts Radio has even been declared the official supplier of radios for the Queen by "Royal Warrant".

To this day, the British have been able to maintain their special position on the English market and additionally managed to build up an international fanbase. Now they are continuing the legendary design of Roberts radios from the 1950s for example with their "Revival" product line, while still always being perfectly up to date with their products. Latter is also demonstrated by the new Stream 67, which neither visually nor technically wastes a single glance at the past, but rather looks confidently towards the future.

The only thing about this all-in-one system – i.e. all sources, amplifiers and loudspeakers are built into one cabinet – that somewhat reminds of the "good ol' days" is the rear antenna for radio reception, although it has of course been modernised and is therefore suitable for DAB+ as well as FM. There is a second wireless signal receiver directly next to it, which allows integration into a WiFi network. The generally to be preferred wired Internet connection is also possible. However, optional access to the wireless network makes sense, especially for a product which, due to its moderate dimensions, invites to change its location from time to time.

Completely living up to its name, the Stream 67 has integrated support for a number of streaming services such as Amazon Music, Spotify (Connect), Tidal and Deezer, as well as – naturally – Internet radio. Qobuz was still missing at the time of the test, but there is no need to panic: Bluetooth is also on board and enables streaming from practically every conceivable mobile source.

The Stream 67 apparently wants not only to be seen as an all-in-one system, but also as a, so to speak, "closed" system. Thus on the rear one finds two channel-separated bass drivers plus their associated reflex ports rather than an overload of in- and outputs. In this context, only the 3.5 millimetre AUX connector and the USB input for storage devices remain to be mentioned.

The rear-mounted bass drivers and ports have the practical advantage of a much better decoupling from the usually vibration-prone surfaces compared to downfire drivers. After all, compact systems such as this will in most cases find their home on sideboards and other furniture that is not usually designed with aspects of high-fidelity in mind.

There are four (!) ways to control almost all features and sources of the Roberts: First of all there is the intuitive and comfortable remote control. Secondly the buttons and knobs on top of the Stream 67 can be used, while thirdly there is the UNDOK app for tablet or smartphone that can be downloaded for free from the App or Play Store. The latter for example also makes it much easier to log into subscription services with the on-screen keyboard.

Last but not least the 67 also supports voice control in the form of Alexa. This however requires an additional Echo device, as the Roberts developers deliberately decided against a pre-installed microphone. A good solution, as this way nobody is forced to place a potential bug in their apartment, while still everyone who wants to can benefit from this very practical feature.

Since the front of the device has been kept free of all operating elements – with the exception of the slot-in CD drive – the color display thus appears all the larger. The headphone output, which has been moved to the rear, is however more difficult to reach. Especially when using short-corded headphones, one will inevitably develop an intimate, because physically close, relationship with the Roberts. It is this a good thing that the front, with its high-quality fabric covering and stylish aluminum trim, holds its ground even when taking a literally close look.

The Stream 67 also cuts a fine figure in terms of sound and manages to reproduce music with a surprising amount of air, as well as with a deep stage and audible channel separation. It is by no means only suitable for low quality sources, but it is absolutely worthwhile playing a CD to get the full potential out of the Roberts. The bass shows itself deep and full but without overwhelming the remaining frequencies. For those who still find it a bit too much, the subwoofer can be turned down with just a few clicks on the remote control. We found the sound image at level "-1" to be yet a bit more balanced. With a selection of equalizer presets as well as an individually adjustable EQ you can customize the sound as you like. Let's get ready for the "Summer of '67"!

Roberts Radio's Stream 67 receives radio, plays CD and – of course –  streams music from subscription services, all on a very high level. The well thought-out construction with rear bass drivers even makes it possible to place it on acoustically critical pieces of furniture.