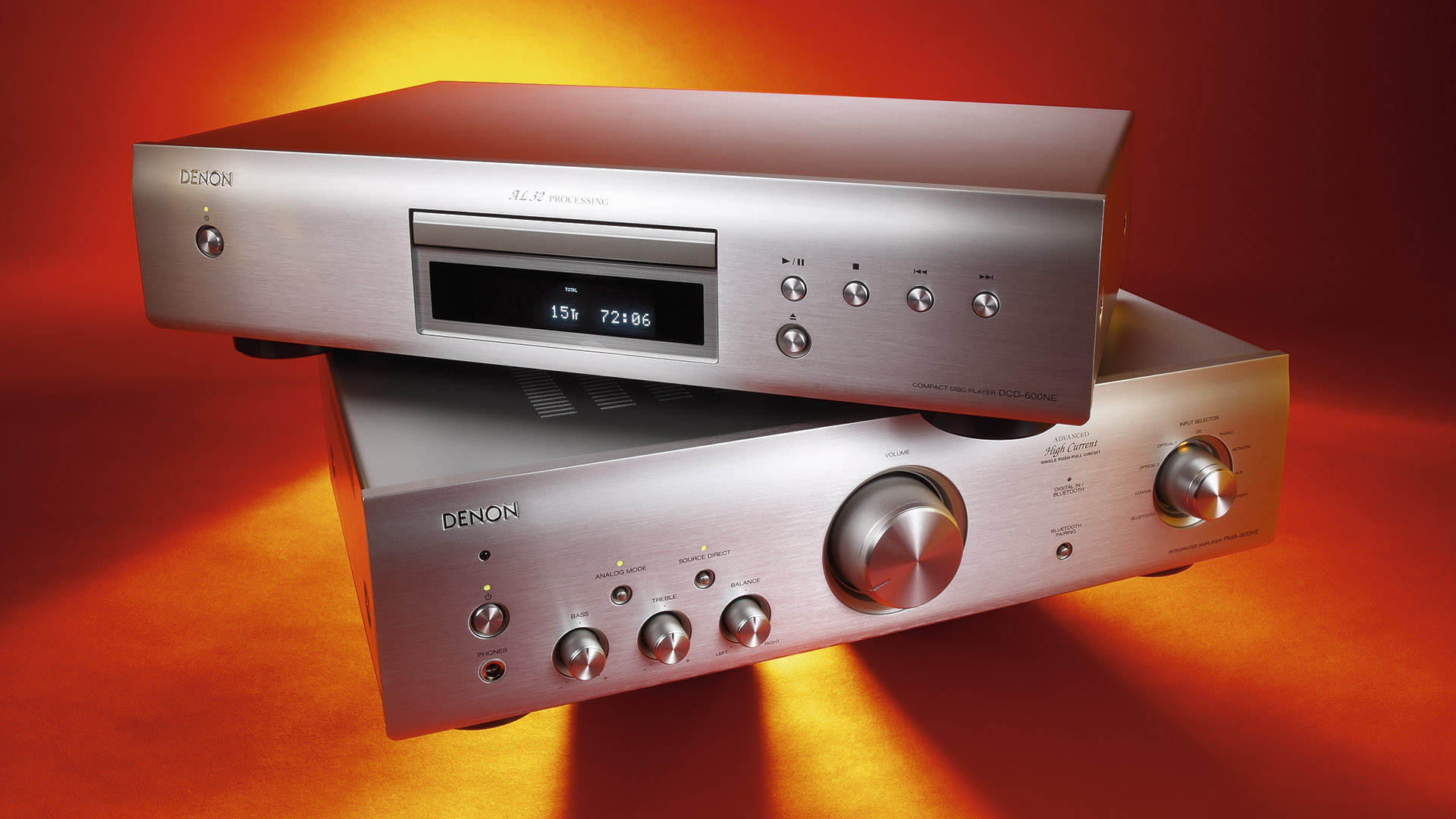 New "Gateway Drug" – With the DCD-600NE CD-player and PMA-600NE integrated amplifier, Denon offers a complete package for a total of less than 700 Euros. Can the set deliver in terms of sound? If you believe the genetics: You bet.

Is it really a good idea to start a story about a hi-fi system with its price? Yes, I think so. When it comes to improving long-proven technology in such a complete all-inclusive package from a renowned company, you may even have to. So: Denon recently launched a combination of CD player and integrated amplifier which costs less than 700 Euros altogether – 678 to be precise – whereby the CD player is responsible for 279 Euros and the amp for the remaining 399 Euros.

Of course, the Japanese manufacturer addresses this offer primarily to beginners in the world of hi-fi, but even some more advanced listeners should be amazed at what is offered here. For example, the integration of a smartphone or tablet via Bluetooth is possible, as well as the connection of a turntable. The 600 series is of course also part of the HEOS family.

The devices are based on the previous Denon 520 series, which has been meticulously improved upon down to the last detail for the next generation – recognisable by the addition of the suffix "New Era" (NE). Following a trickle-down approach, the development engineers have incorporated many insights and sonic advantages from the larger 800/1600 and even 2500NE series, which were launched in 2016.

New to the 600 amp is the loudness function, an optical and a coaxial digital input – not even the 720 could provide that –, a subwoofer output and, as already mentioned, Bluetooth (4.2).

One high level RCA input had to be cut for this purpose. The Denon is also quite powerful. The manufacturer specifies a full 2 x 70 watts at four ohms load. This means the same power as the 520, whereby a pair of high-current transistors in a broadband push-pull circuit is intended to provide excellent loudspeaker control.

Borrowing from the 800NE has also shortened the signal paths in the unit and improved the mechanical design with regard to low resonance/vibration dissipation. This includes the significantly improved feet that have been adopted from the larger siblings. Also several components are now of a higher quality. For example the unbranded electrolytic capacitors and other components in the 520AE have here been replaced with higher quality ones from ELNA, Nichicon, Rubycon and others. According to Denon, this is where the increased liveliness, dynamics and the even more powerful "punch" comes from.

In the special analog mode, Bluetooth / digital inputs are switched off entirely. The tone control, which is very useful for subtle corrections for example with unfavorable speaker placement, has gladly been retained, and we wouldn't want to do without it.

We quickly noticed that the design-wise significantly revised, and more sophisticated feeling player SCD-600NE does not play SACD – just like the 520AE and even the 800NE. In view of the strongly decreasing importance of these discs, this is a negligible shortcoming, especially in this price range. The digital core "AL32 Processing" with the new generation PCM5142 converter chip is again a derivative of the 800NE and an advance over its predecessor (PCM5102). Digital data is processed and edited at 32 bits and 192 kilohertz.

A four-layer circuit board, shorter signal paths and better components, the mechanical microphone-suppressing optimization (Direct Mechanical Ground Construction) and the "Pure" mode provide numerous more in-detail improvements, which should result in a particularly stable and precise image. Worth mentioning is the fact that the player now has the same depth as the amplifier and both have solid aluminum fronts, which is certainly not a matter of course.

Soundwise we have to attest the new Denon generation slight progress, whereby one must not forget that already the 520s were absolutely fantastic for the money. However yet a bit more temperament and power without losing a hint of precision seems to have been added plus even a bit more detail resolution and flow.

One reason for this slightly changed character is a personnel shift at Denon, as Tagauchi-san is now responsible for the musical tuning of the components, who places particular emphasis on liveliness and spaciousness. Of course this is not a break with tradition let alone a paradigm shift in terms of sound tuning as he has already worked on earlier models. This guarantees the perfect combination of the tried and tested with the new, and manifests itself merely through slight naunces in a long-proven sound tuning, particulary with a slightly more physical and powerful and possibly a trace darker timbre while retaining high transparency. Well done!

Of course, the 800 series from the same manufacturer is yet a bit better, so it is worth considering maybe saving one or two hundred Euros more. Nevertheless, this is powerful competition from within the company with an outstanding value for money and probably many years of musical fun for the buyer in both cases. There is also the 800 network player and the matching DP-400 Denon turntable, which could also be used to complement the 600 system immediately or later.

Due to the system's temperament, the future Denon owner should make sure to combine it with rather neutral to slightly warm sounding speakers. Then there is absolutely nothing in the way of fatigue-free musical enjoyment for hours on end.

This is it, the perfect beginner's system you can easily recommend to your best friend for maximum fun, at a tight budget. It sounds good and offers everything you need at this level – and you won't regret anything. Thanks to its built-in DAC, Bluetooth, turntable and subwoofer connections, it is also perfectly equipped for the future.

Completely equipped. Not least thanks to its aluminum front a high quality and thoroughbred CD-player with a distinct rhythmic musicality and complex signal processing, untypical for this class. Compared to its already good 520 predecessor, it has been significantly upgraded. The sound is solid, subtle and lively. 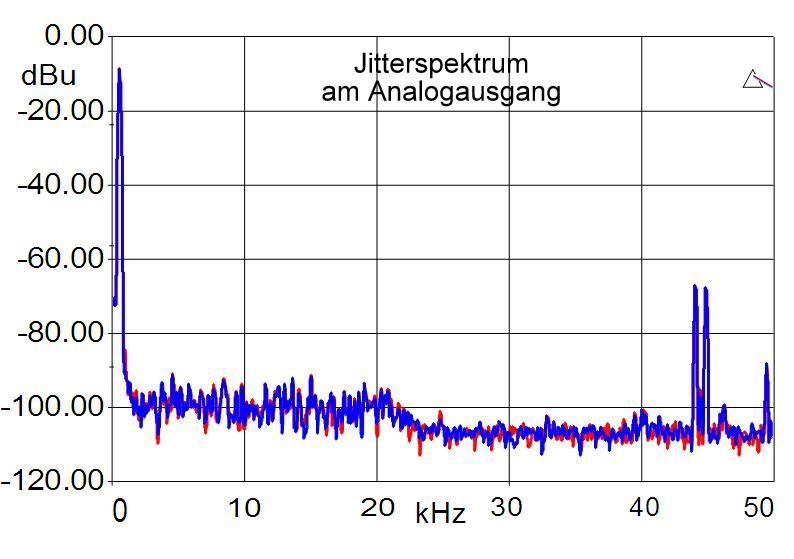 Outstanding noise and jitter values, good connection values and high scanning reliability in practice – very good not only at its price class.

Strikingly well-equipped and also sonically excellent, agile integrated amplifier. Very practical and recommendable in the 400 Euro class as well as slightly beyond that. Close on the 800's heels. 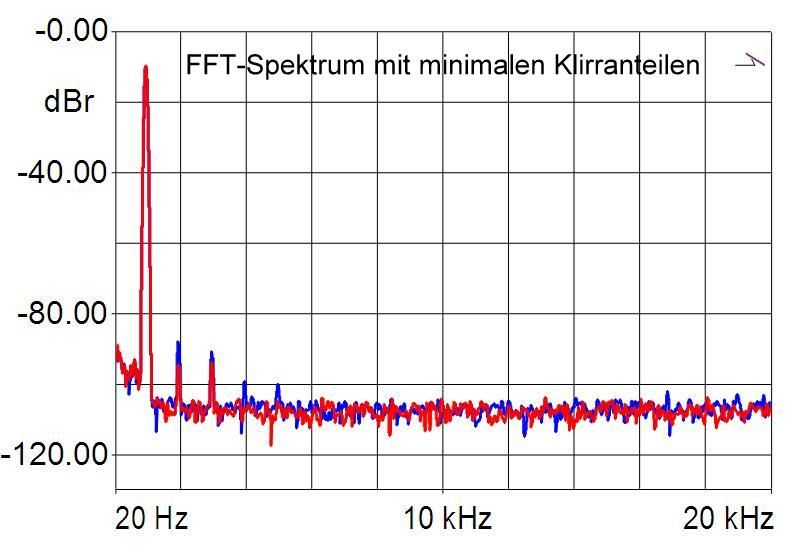 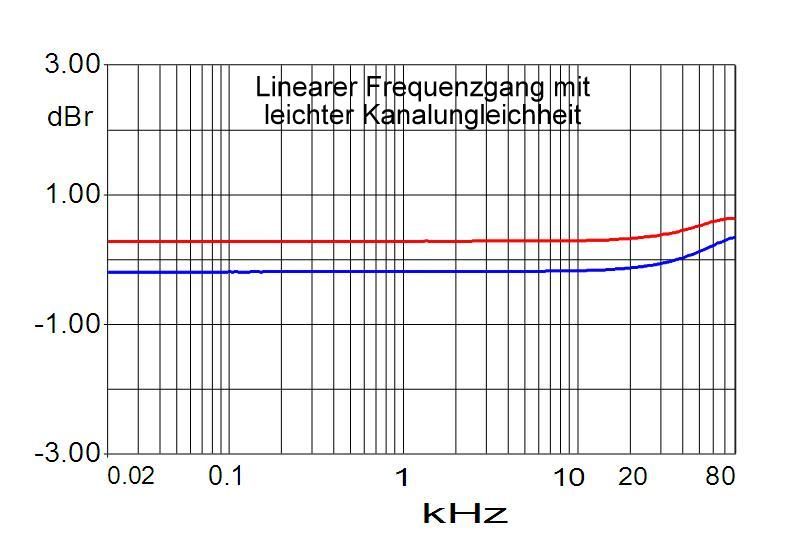 Paul McCartney – Pure McCartney: A kind of (remastered) essence from the almost 50 albums of one of the greatest living musicians