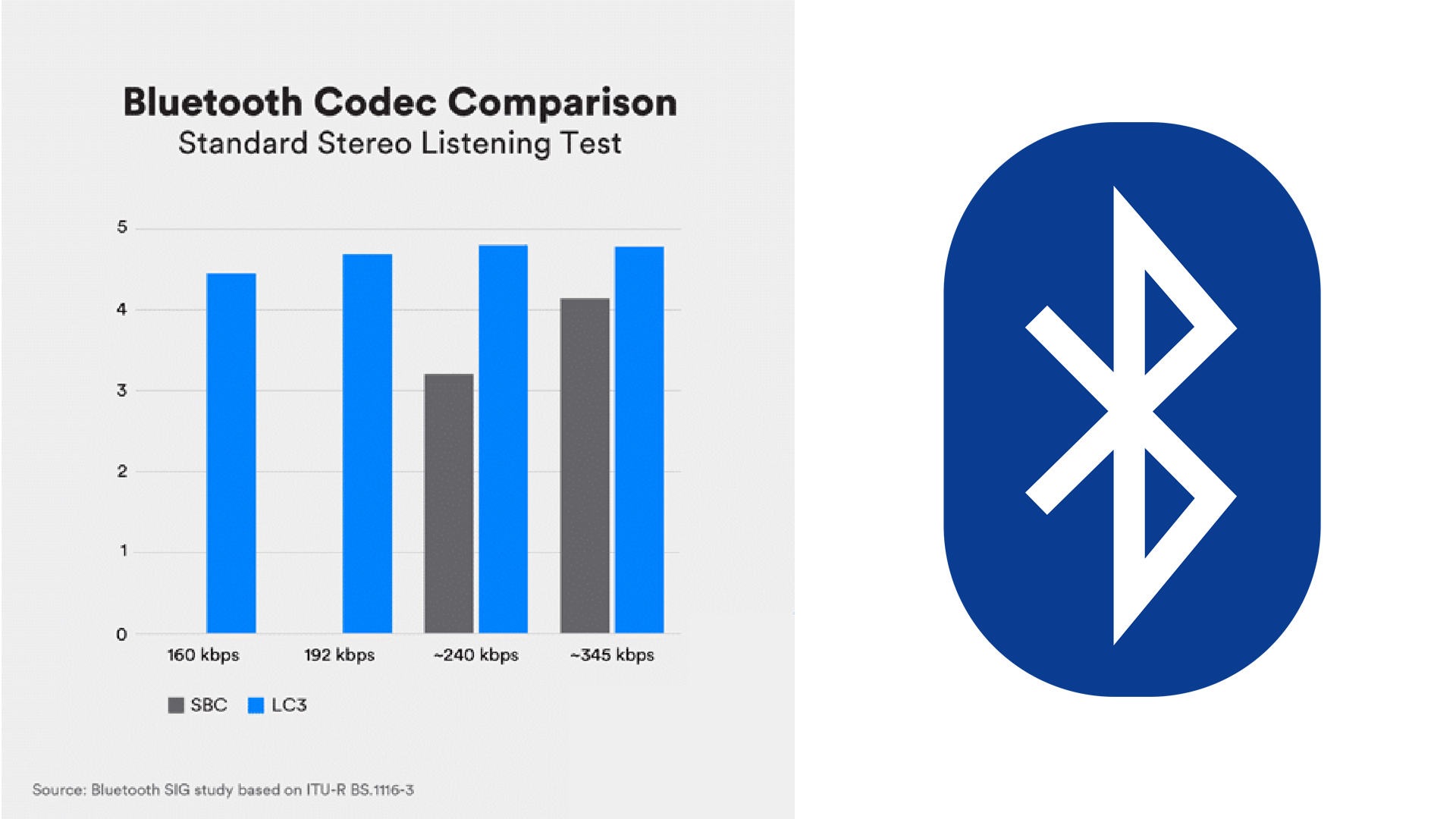 From the inventor of the MP3 codec comes a new data compression method for Bluetooth transmission, which was developed together with Ericsson. "LC3" stands for "Low Complexity Communications Codec" and is available in two versions: as LC3 and as LC3plus. The LC3 version is the mandatory codec in the new Bluetooth "LE Audio" standard, which has just been presented at CES. It is to replace the SBC codec which has been mandatory up to now. LC3 is optimized for good sound at low bit rates, low computing power and correspondingly low power consumption, i.e. long battery life, especially in "True Wireless" earplugs. The LC3plus version, on the other hand, goes in the direction of HiRes, which manufacturers can implement as an optional codec for example in smartphones, Bluetooth headphones or speakers – similar to aptX or Sony's LDAC. In "high-resolution audio mode" LC3plus can transmit bit rates up to 1000 Mbit/s. The maximum resolution is 24 bit and 96 kHz, which of course does not go lossless over the radio link. LC3plus also offers special modes for particularly low latency or particularly high error protection.

Various modes and new functions are also provided by the new Bluetooth standard "LE Audio". For example, several audio signals can be transmitted in parallel and synchronously, signals from one source can be received by several devices, and thanks to its low power consumption, the new standard is also particularly suitable for integration into hearing aids. "LE Audio" is expected to be finally adopted in the first half of 2020. In addition to LE Audio, most devices will also support the previous "Classic Audio" standard, i.e. they will be compatible with existing equipment.