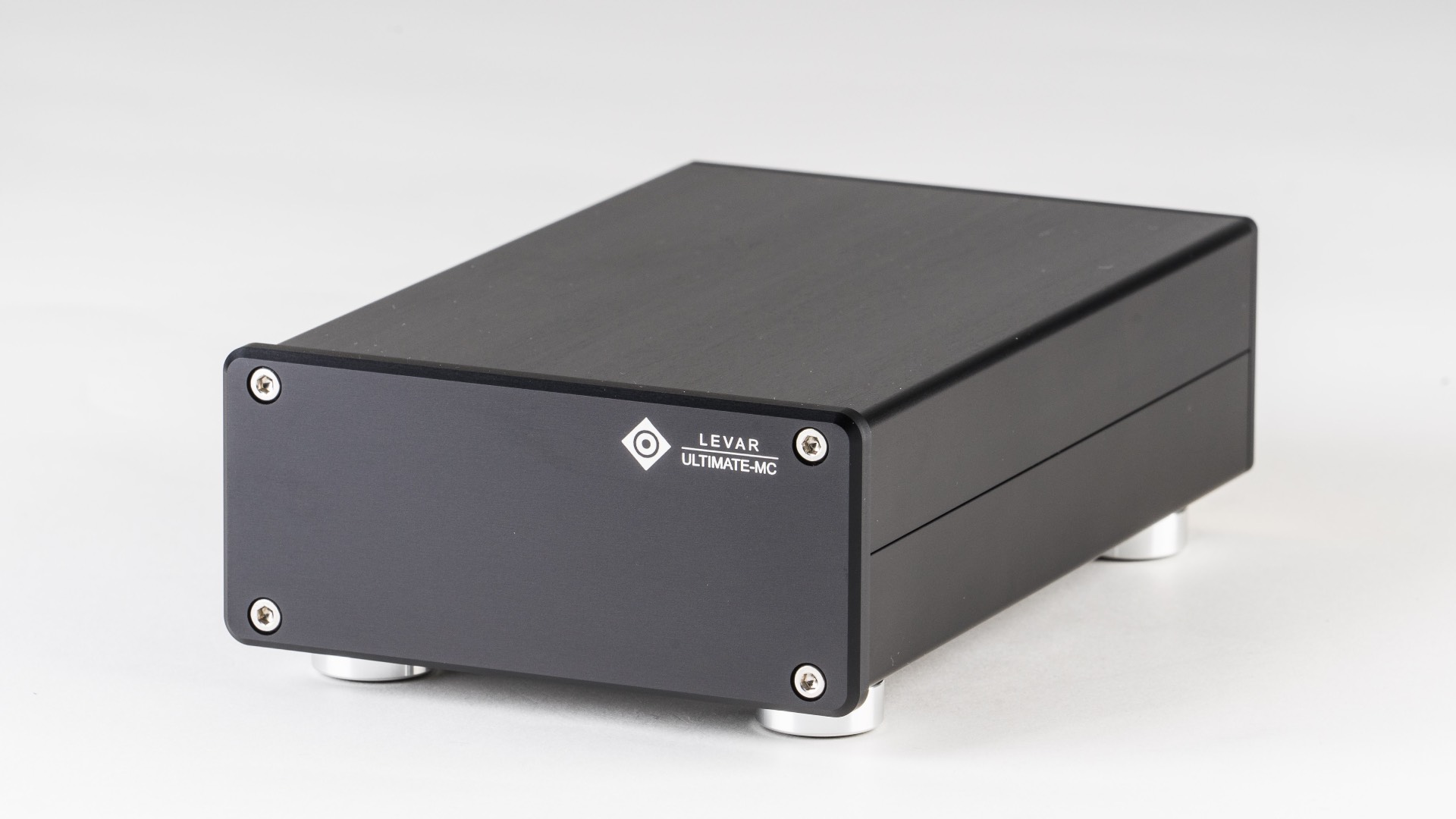 Levar's new MM and MC phono preamplifiers are called "Ultimate" and aim to offer a wide variety of adjustment options.

As a result of "extensive development", Live Act Audio presents the Ultimate-MM phono preamplifier, which can be supplemented by the Ultimate-MC passive MC transformer – this takes phono MC signals and amplifies them so that they can be further processed by a phono MM preamp. Thanks to high-quality and strictly selected components in the completely channel-separated signal path of the three-stage amplification, the Ultimate-MM is supposed to follow the Levar principle, according to which playback devices are not allowed to put their own mark on the sound. The goal was not only to achieve the most accurate equalization possible with a maximum of 0.1 decibel deviation from the RIAA curve, but also and above all to preserve the tonal and dynamic identity of the cartridge on the turntable.

To ensure unrestricted functionality, an MM phono preamplifier must be able to adapt to the output voltage and inductance of the pickup as well as to the input sensitivity of the subsequent amplifier. Levar states that the Ultimate-MM is particularly well-suited in this regard, with gain selectable in four steps from 37 to 45 dB and an input capacitance that can be adjusted in 50 pF increments from 50 to 350 pF.

Amplifying tiny MC signals is a very critical undertaking. Since active amplification via operational amplifiers is said to always leave a sonic signature, Live Act Audio opted for a passive solution using transformers. Levar's Ultimate MC transformer can be operated with a ratio of 1:5, 1:10 or 1:20 and a very wide range of adjustable, extremely low-noise load resistors, which aim to ensure optimal adaptation to any MC cartridge. To ensure the highest signal quality and freedom from interference, the Ultimate MC uses carefully paired, Mu-metal shielded amorphous core transformers.

The Levar Ultimate-MM and Ultimate-MC come at an MSRP of €1990 per unit in Germany.