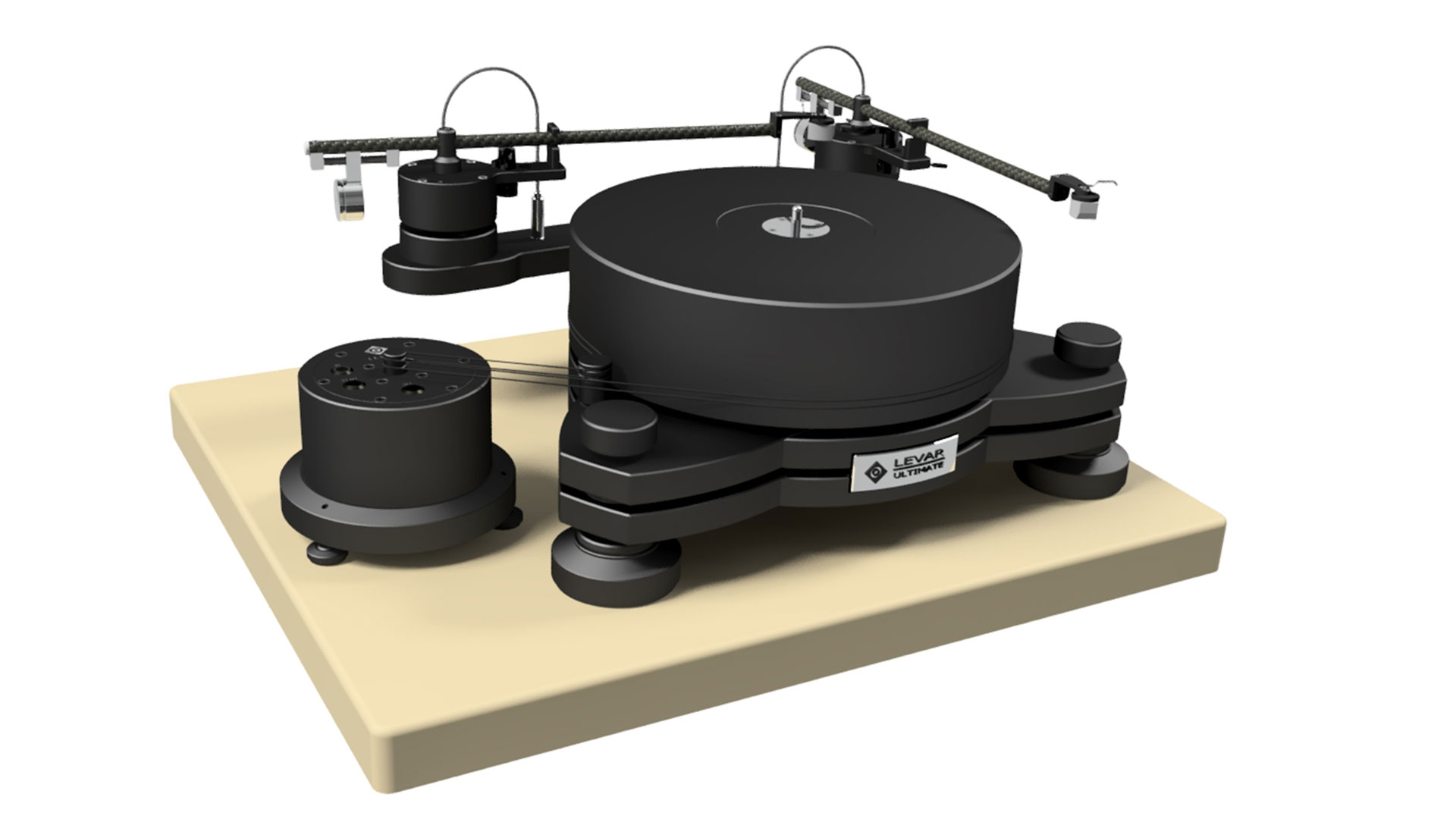 With their two new record players "Ultimate" and "Canzona", their new record cleaning machine "Unica" and their new magnetic absorbers "Resonance", Levar is launching a whole range of new products this summer.

For the introduction of Levar's new reference turntables Ultimate and Canzona, the record players are offered in the special "Black Series Edition" - including reference tonearm Ultimate - at a favourable introductory price.

The Levar Canzona differs from its bigger brother mainly by its somewhat slimmer appearance, the flatter and lighter platter and the inverted bearing. The used tonearm is the 10.5 inch model of the Levar Carbon-Oil. A second tonearm base is also available. The Canzona weighs about 40 kilograms and is decoupled from the base by magnetic absorbers. It is supposed to cost around 8,990* Euros.

The larger model Levar Ultimate is mainly characterized by its magnetic bearing. The exterior design here is also somewhat less traditional. Furthermore, the platter is a bit higher and heavier and a 12 inch version of the Levar Carbon-Oil is used as a tonearm. Here as well there is a base for a second tonearm available. The Levar Ultimate should cost around 11.990* Euros.

Levar's range of record cleaning machines gets a new family member with the medium model Levar Unica. The Unica is largely identical in construction to the largest model, Levar Twin, but it cleans one side at a time and is considerably cheaper more affordable at a price of 2,090 Euros.

Last but not least, Levar is launching the new "Resonance" magnetic absorbers this summer (6 sets of four - load 5-200kg). Since the components "float" on a magnetically generated gap of air, the resonance absorbers are designed to completely decouple loudspeakers, amplifiers, turntables, CD players and even power supplies from their surroundings and to absorb even the finest resonances and vibrations.

Levar Resonance absorbers are available with various weight allowances from 20 to 200 kilograms and at prices ranging from around 400* to around 1,500* Euros.