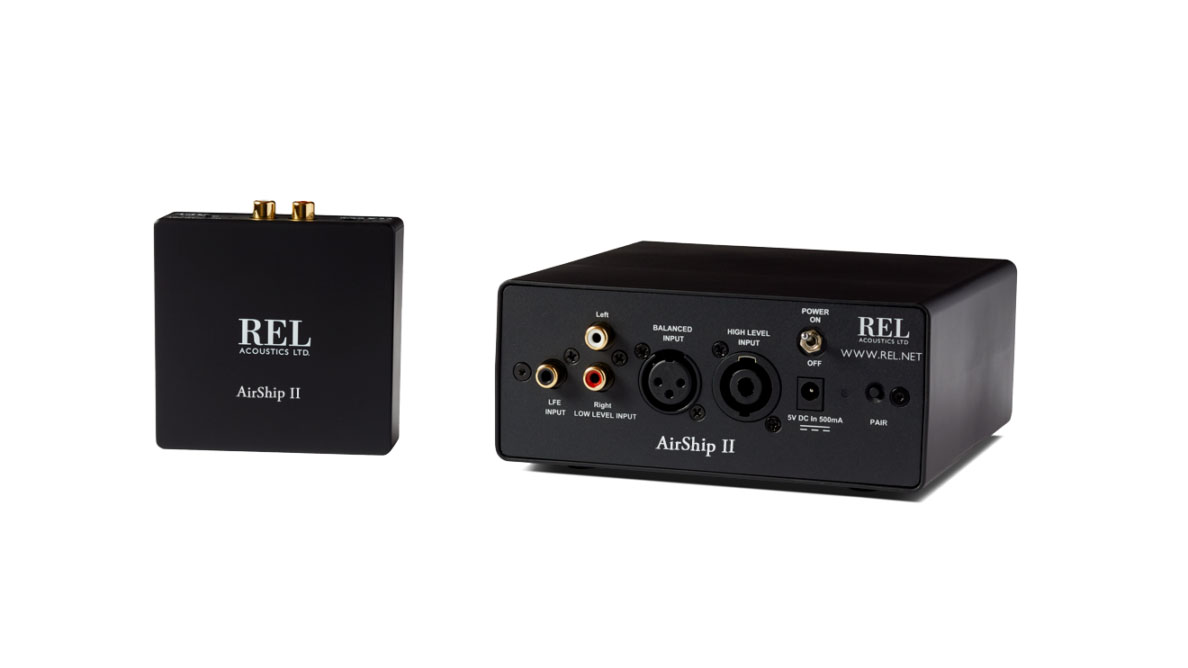 Subwoofer Reference No.32 and No.31

The subwoofer expert REL introduces the new wireless transmitter Airship II, which is – among other things – designed to fit the two also new Reference subwoofers.

REL's improved Airship II wireless adapter is primarily intended to provide improved sound while maintaining the main functionaities and the number of connections offered. Thus, it carries inputs in XLR, RCA, Speakon and LFE; the Airship II converts the music signals coming to its inputs and sends them to the subwoofer to which the associated receiver is connected. The difference and improvement in the new device is said to be that the Airhsip II carries the latest ADC as well as DAC technology from Texas Instruments, which is supposed to significantly reduce noise and thereby improve the overall sound quality.

According to REL, the Airship II is designed to work with the new No. 32 and No.31 Reference subwoofers, but is also said to be compatible with the 212/SX, Carbon Special, S/812 and S/510 models. The No. 32 is REL's new flagship subwoofer and, equipped with a 36cm driver and 1000 watts of amp power, among other features, is said to be the best REL subwoofer yet. The No. 31 with a 35cm driver and 900 watts of power was also introduced, as a smaller version of the flagship.