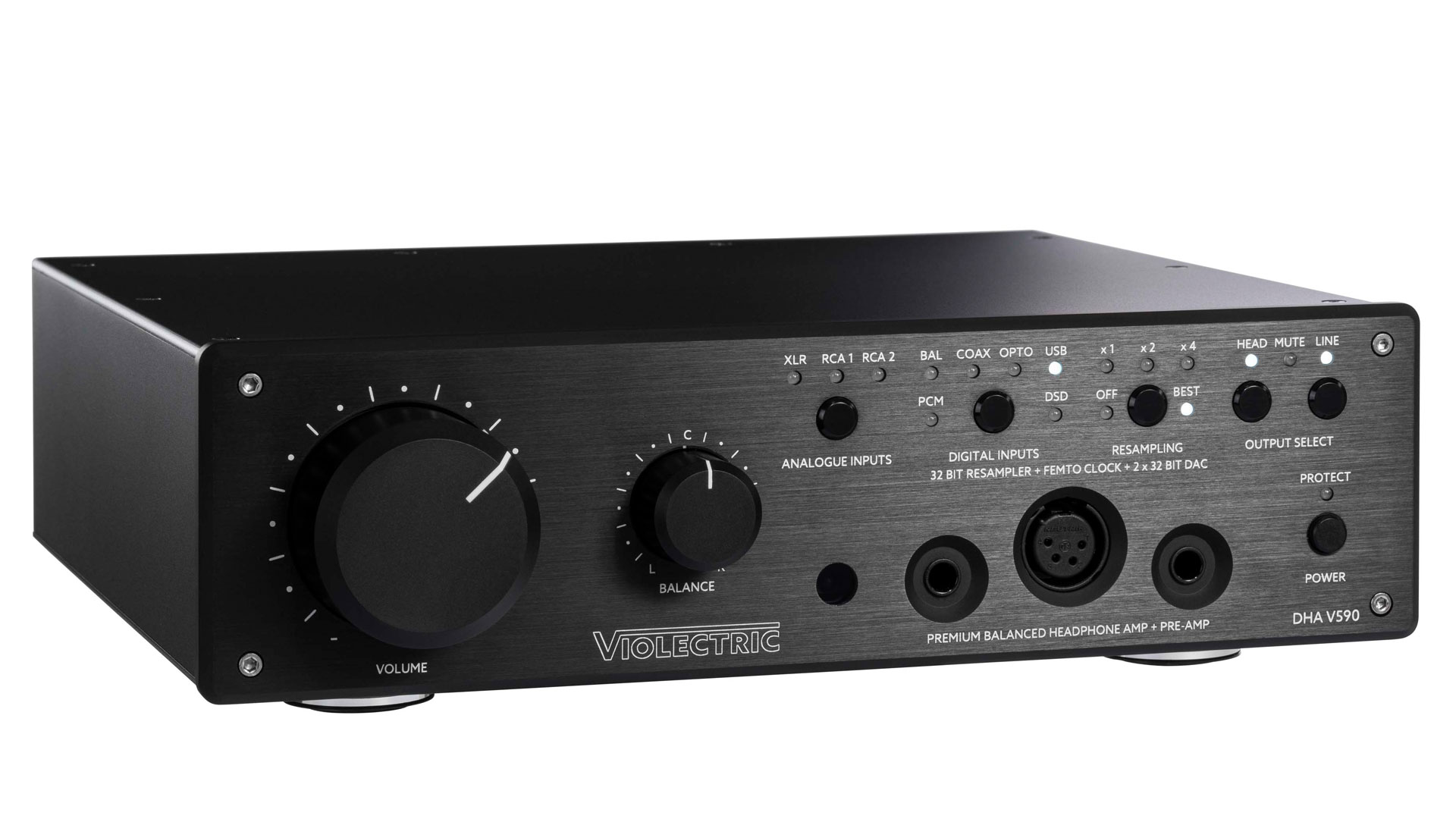 With the DHA V590, Violectric presents a combination of digital-to-analog converter, resampler, preamplifier and headphone amp.

The Violectric DHA V590 uses two 32-bit AKM 4490 DACs in dual-mono configuration. Violectric specifies 384 kHz as the maximum PCM sample rate. DSD is processed as DSD-over-PCM (DoP), and the additional 32-bit resampler/reclocker derives its operating frequencies from a femto-clock, provides a dynamic range of 180 dB and is designed to virtually eliminate jitter.

The Violectric DHA V590 outputs the audio signal to several headphones: one balanced and two unbalanced headphone jacks are provided on the black anodized front panel. A pre-gain setting on the rear panel allows for level adjustment to different headphone models. In addition to the large volume control, there is also a balance control on the front.

Three analogue sound sources can be fed via one balanced XLR and two unbalanced RCA connection pairs. Digitally, there is an XLR input, a coaxial jack, an optical connector and the USB input for PCM and DSD. In addition to the three headphone outputs on the front panel, the DHA V590 also offers a balanced XLR and an unbalanced RCA output on the rear and can therefore also be used as a preamplifier. Headphone and line outputs can be used individually or together.

After conversion, the signal is brought to the correct level via a motorized Alps RK 27 and a balanced amplifier circuit with 16 transistors per channel. The balance control is also an Alps RK 27, and additional circuitry protects the unit from DC current, overload or overvoltage and delays the power-on process to protect the headphones. All electronics are hidden behind an eight millimetre thick front panel. On request and for an additional charge of 500 euros, the DHA V590 is also available with a relay-controlled volume control with 256 steps.

The Violectric DHA V590 will be available from August 2020 and will cost around 3,200* Euros including remote control.