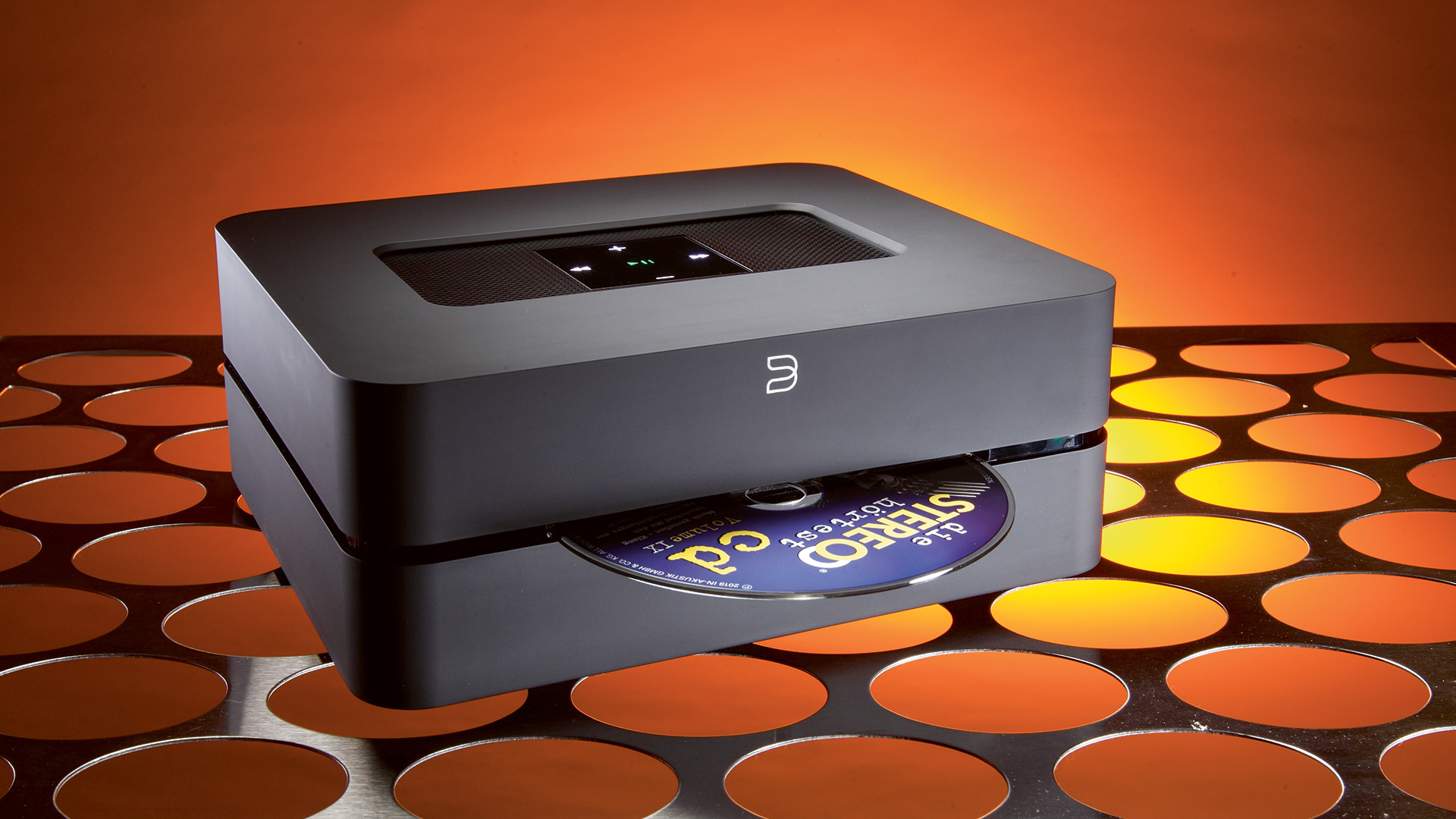 Keeping others‘ promises – Anyone who is afraid of the pitfalls of analog technology has probably never attempted to install a streamer ready to play. What can sometimes give your face a bright red complexion supposedly is a piece of cake with the Bluesound Vault 2i.

Yes, I admit that I have a hard time with computer-based HiFi. I grew up with tape, record player and tuner, got used to tape decks, CD players and MiniDisc players at some point, but never managed to establish an intimate relationship with these types of devices as with open coils and rotating vinyl discs. And I‘ve always kept a good distance from music playback machines that don‘t rotate or move in any way over the past few years.

Lately my aversion to streaming has been crumbling noticeably. Especially since at last also I have understood that this has nothing to do with MP3 and other data reduction, but can even mean resolution beyond CD quality. I have had some of these modern jukeboxes for test, even put them in my living room at home and there submitted them to the everyday usability test.

My previous experiences can be summarized in one sentence: something was always wrong. My expectations were correspondingly low when the call came to me to put my impressions about the Bluesound Vault 2i on paper.

Well then, what I noticed right from the start: there is no noble aluminum housing, no display and a rather simple packaging.

Connecting is possible without having to enter the access code of the router, in my case a Fritzbox. Connect the LAN cable, plug in the connection cable, download the app – if both are availabel, once to your mobile phone and once to your iPad. Select your prefered music service and register there. For me it‘s Qobuz, and with just a few more clicks you can hear music. However, at first only via Bluetooth, as I forgot to select Qobuz as music supplier in the BluOs app, which can be found there in a row with various other music services, the hard disk, which is also integrated in the Vault, or radio. Now I can hear in full quality, which corresponds to at least CD standard. I‘ve limited the maximum resolution to 24/96, as I didn‘t want to put my bandwidth provided by the local telecommunications service to the extreme test. „That was easy“ shoots through my head when I listen to the new record „Fremde Feddere“ by Cologne‘s local heroes Köster & Hocker for the first time. And at the same time I think: „hey, no dropouts, it works“. And I didn‘t have to navigate through endless submenus like in many other cases, where I was also promised simple operation.

And the small box in its rubberized housing has not even reached the end of its capabilities yet. At the front there is a barely visible slot, where CDs can disappear for about 10-15 minutes. During this time, the Vault rips the entire CD and stores it in FLAC or WAV format, with a copy in MP3 if desired. We focused on the FLAC format, because here the metadata, i.e. the additional information of the respective CD, was displayed flawlessly. The Vault performs the ripping procedure very quietly, only a small noise can be heard very close to it in the last moments before storage on the two terabyte hard disk. It‘s also nice that you can still listen to streamed music of Qobuz, Tidal or HighResAudio while ripping. It is, however, not possible to use the Bluesound as a CD player – the built-in CD drive starts reading the data immediately after inserting the CD.

From a practical point of view, that is all we had to criticise. From the technical side, too, you have to minutely search for weak points to discover a point where not the very last state of the art was built in. Which, given the price, shouldn‘t lead to the conclusion that you‘ll get a tonal underachiver here – this package is miles away from that. However, neither the built-in processor of the type ARM Cortex 1GHz Dual Core is the latest standard, nor is the converter or the analog output stage. The Vault 2i should be ideal for the practical-minded person who slowly but surely wants to store his CD collection in favor of streaming and listening via hard disk, but who is also not willing to sacrifice weeks of training and who dislikes traditional hi-fi optics as much as overcrowded racks. And also for those who want to hear what their favourite music has to offer in subtleties and details, without being an audiophile nitpicker or highender. And for rational people who are not prepared to invest a fortune for their hearing pleasure.

Another question that arose during operation was whether and how an analog signal could be captured on the hard disk - there is a combination input consisting of a digital-optical and a mini jack that takes on this task.

The Vault also showed its pleasant side in the access time – it found albums, titles or artists quickly, only the volume control via iPhone happened with a slight delay. However, if you have an amplifier with remote control, we recommend that you set the Vault volume to „fixed“ in the menu and adjust the volume on the amplifier. This way, you avoid loss of resolution and enjoy the best possible sound.

In view of the price tag the here offered sound was absolutely great. What the Canadians from the Lenbrook Group, to which NAD belongs, have put together here is more than remarkable. We have already described the most important task of such a device above – an operation that does not evoke so much fear in the user that he rather leaves his fingers off the device entirely. The intensive test in the listening room soon revealed that no lazy compromises had been made in terms of sound quality.

We started in curiosity mode and had Qobuz propose new albums – ranging from Sting to Santana and Grateful Dead, Neil Young to Pavarotti and didn‘t stop with Rory Gallagher and Schubert‘s Symphony No. 1 & 5, played by the Basel Chamber Orchestra.

We also heard some of the ripped CDs, including the legendary „Dafös“. Here the sound result was also pleasing, the meta data as further information on the CD as well as the sound content were treated with care. If you want more sound (we always do), you are welcome to look for a high-quality external converter. We tried the Exogal Comet DAC and were now able to get even hard-boiled audiophiles curious – the performance gained a lot in smoothness and dynamics, registered a plus in pressure and contour in the low regions of the frequency spectrum and sounded noticeably more organic and related overall.

Of course one could ask the question whether this is something new – and I would be inclined to answer: no, not at all. However in such a compact form, with a huge hard drive and such ease of use, the Vault 2i is, as far as I know, pretty much alone in the field and has no serious opponent at the moment – and certainly not at that price.

The Vault 2i streams, rips and sounds just great. Some savings were made on the cabinet, which is fine as the gained budget was invested in easy operation and a huge 2 TB hard drive, which has enough space even for large CD collections.