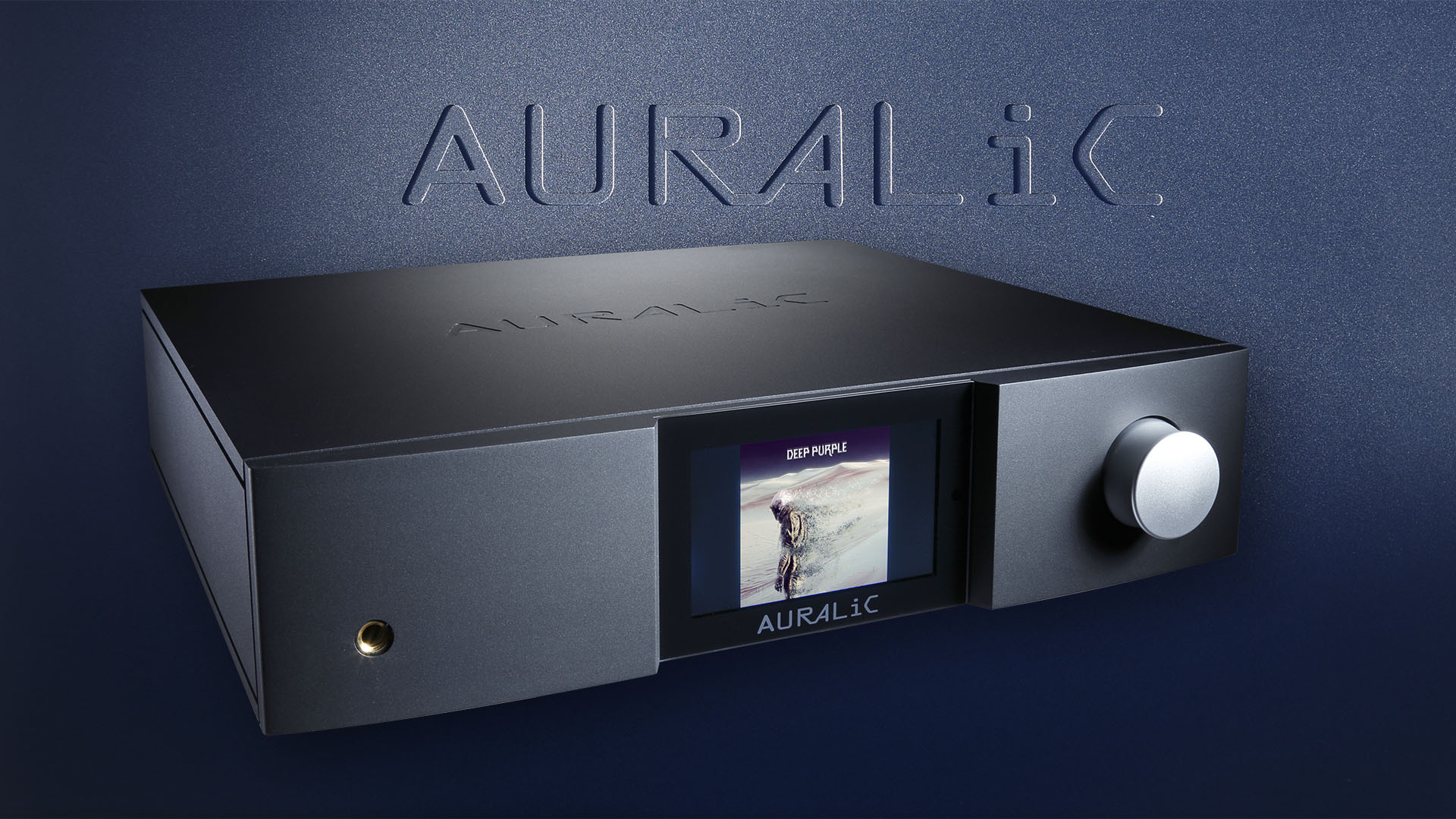 Aromatherapy – The Auralic Altair G1 is a proper all-rounder that has everything it takes to create a lasting impression right from the start. How will it perform when taking a closer look?

Not many streaming devices out there manage the balancing act between affordability, features, user experience and sound quality in a way comparable to the Auralic Altair G1.

It is not particularly big, but surprisingly heavy and has an extremely high quality feel to it. Every edge is spot-on, the back with its solid inputs and outputs is flawless. The beautiful and rather large color display, which also shows album covers quite well, sits neatly between the two slightly protruding edges on the right and left. Sometimes devices that cost three times as much don‘t present themselves any better in this aspect.

The Altair is operated either intuitively using the rotating button on the front, or via apps for tablet and smartphone. The manual control is also used to confirm a selection and – if activated – to control the volume.

In terms of apps, Auralic offers an excellent homemade solution with "Lightning DS". This piece of software looks just stunning, operates smoothly and logically, and offers all the necessary functionalities. We also never experienced any kind of problems during our time with the Auralic, but were completely satisfied with both performance and connection stability.

The disadvantage of the proprietary solution is that it is currently only available on iOS-based devices. Android users are left empty-handed – at least as far as Auralic‘s own application is concerned. Lightning DS is however based on the Open Home standard. Thanks to that, the Auralic can also be controlled flawlessly with apps that also run on Android, such as BubbleUPnP, for instance.

As yet another option, the Altair can also be integrated into a Roon network as an output device thanks to its Roon Ready certification. Both Android and Apple work when choosing that solution – plus you benefit from Roon‘s extensive processing of metadata and DSP features.

Technically speaking, however, the Auralic already has much more to offer on its own than most of its competitors. It features an extensively programmable parametric equalizer, for example. Even an adaption to the speaker placement is available, including adjustable gain and compensation for differing distances. Like most other settings, these options are also easy to reach using the integrated display, while even their fine-tuning works well via manual control.

It should be mentioned that Auralic does not supply a remote (anymore). To make up for that, you can program any infrared remote via the menu item "Smart IR settings". This worked perfectly well for us, and the Auralic reacted quickly and reliably to the inputs given to it by various models from other manufacturers, all of which we "trained" accordingly.

Nevertheless, the controls never worked quite as smoothly as they would have with a pre-programmed remote. To name an example: you cannot assign a button on the remote twice, as is standard on many models usually available – the "Okay" button, which often serves as "Play/Pause" at the same time, for example.

What we particularly liked in working with the Altair G1 is the integration of the user manual into the menu. Every menu item and every option you can select is explained concisely and easy to understand. This information is available via the display on the device, the app or the browser interface – the latter works on all types of devices and allows for settings to be changed after entering the Auralic‘s IP address in the browser address field.

No questions remain unanswered thanks to this feature, and you save yourself the annoyance of having to flip through an instruction manual. Every explanation appears directly where you need it – and only there. Thus, the Altair G1 can be operated without any difficulties – especially in view of its extensive range of functionalities:
It not only accepts music from your home network, streaming providers, Bluetooth or Airplay. Digital inputs for coax, optical, USB and AES/EBU as well as an interface for external USB hard drives are also to be found. Optionally, the Altair G1 can even be shipped with a built-in, two terabyte SSD hard drive and thus become a full-fledged music server – which also offers capabilities for ripping (more on that in the box at the end).

In terms of sound, the obvious care the developers put into equipment, usability and workmanship is absolutely reflected and can truly convince – that‘s a good thing, too, since the Altair G1 doesn‘t offer any digital outputs that would allow external and potentially even better D/A conversion. That really is a shame, because Auralic thus blocks the way for later upgrades.

Nevertheless, the Altair G1 presents a completely convincing performance in all respects, especially tonally. On "Jubilee Street" from "Nick Cave Alone at Alexandra Palace", it displays piano and voice with a lot of feeling, soft and silky, but also lends them natural bodies and makes them sound voluminous and sonorous. The Auralic‘s haunting performance will give you goosebumps and allows for blissful indulgance in the melancholic atmosphere. And yet the G1 also manages to belt out the explosive yet intimate finale with a high amount of energy, although not quite as impulsively as would be possible.

In Cave's highly emotional performance, the Auralic is able to faithfully reproduce the size of the room, embed the musician in it, display him as part of his surroundings, and completely captivate the listener – especially with your eyes closed. The subtle movements and few background noises, essential for the atmosphere, also contribute to this, which the Auralic places on the stage with a fine brush and attention to detail, without delineating them as if they were foreign to the performance.

The depiction of this song, as well as Deep Purple‘s "Throw My Bones" from the new album "Whoosh!" or the psychedelic and folky "God And The Policeman" by The Flaming Lips, appears colorful, catchy, rich and immensely aromatic.

However, one has to sacrifice a little dynamics and speed in exchange. The Altair G1 does not seem tired at all, but it lacks a bit of "punch" in direct comparisons. Even driving hard rock from a band like Deep Purple is handled here in a rather calm manner.

Its emotionality and tonal qualities, however, team up well with the slightly restrained dynamics and the softer edges. This allows the Altair G1 to wrap its audience in a cloak of well-being: Listening to the Auralic almost has therapeutic qualities!

Therefore, the Altair G1 not only impresses at first glance, but also passes the more thorough test with flying colors. It‘s a really great device and served us well as an audiophile "aromatherapy" for the ever-stressed editor of a hi-fi magazine. It thus became a soothing haven of peace, which we are quite reluctant to let go of.

If you have a bunch of CDs lying around and would like to back them up on a server, you will inevitably have to deal with the topic of "ripping". The most common method is probably the rather complex manual ripping process on a PC. It‘s easier with the ripping functionality of the Altair G1. If you connect any commercially available USB CD drive to the USB input of the Auralic, it can read the CD that was inserted fully automatically and save it to a hard drive. In order to minimize jitter, the Altair reads the CD several times. It then compares the results, and temporarily caches the data.

Another special feature: The Altair can not only rip the CD, but also play it, almost like a normal CD player. The only difference is that you can even control the playback from your tablet while a backup file of the music is created in the background. As long as the data is available in the Musicbrainz database, the Auralic even shows the CD during playback – including metadata such as cover art and song titles – both on the display and in the app. That is great fun!

Auralic‘s Altair G1 combines everything from DAC to music server and from ripping to streaming. In addition, it looks chic, has a high-quality finish and even sounds good – quite the statement, especially in the 2,000-euro range. It has what it takes to become a classic! 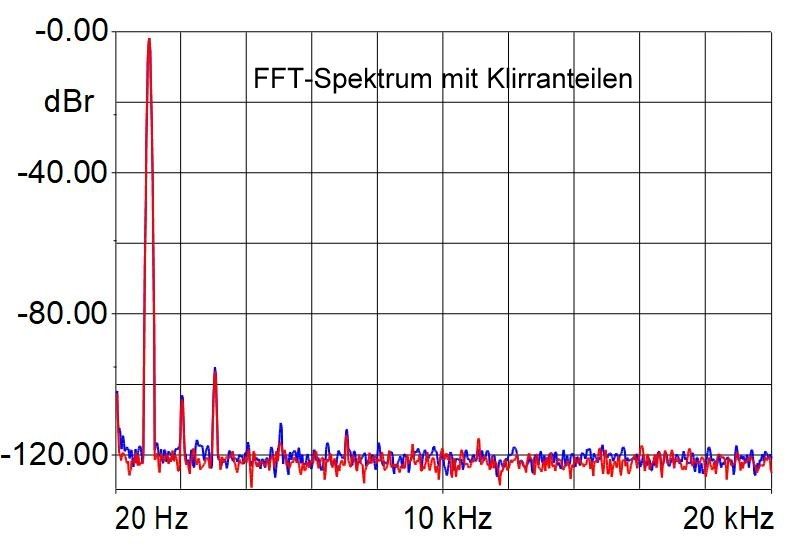 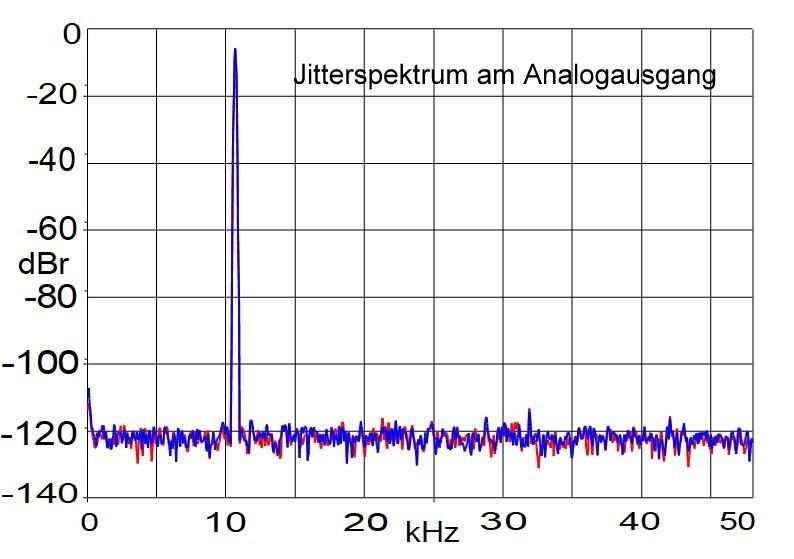 Our measurement laboratory attests consistently excellent results to the Altair G1. The four different DAC filters have a measurable influence on the frequency response.

Lockdown concert performed hauntingly and intimately with just Nick Cave and his piano. 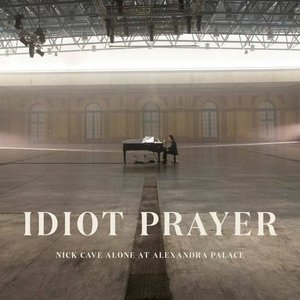 As long as the Altair G1 is connected to a network, it will automatically show its IP address in the display after it is switched on. Alternatively, you can also find it in the settings.