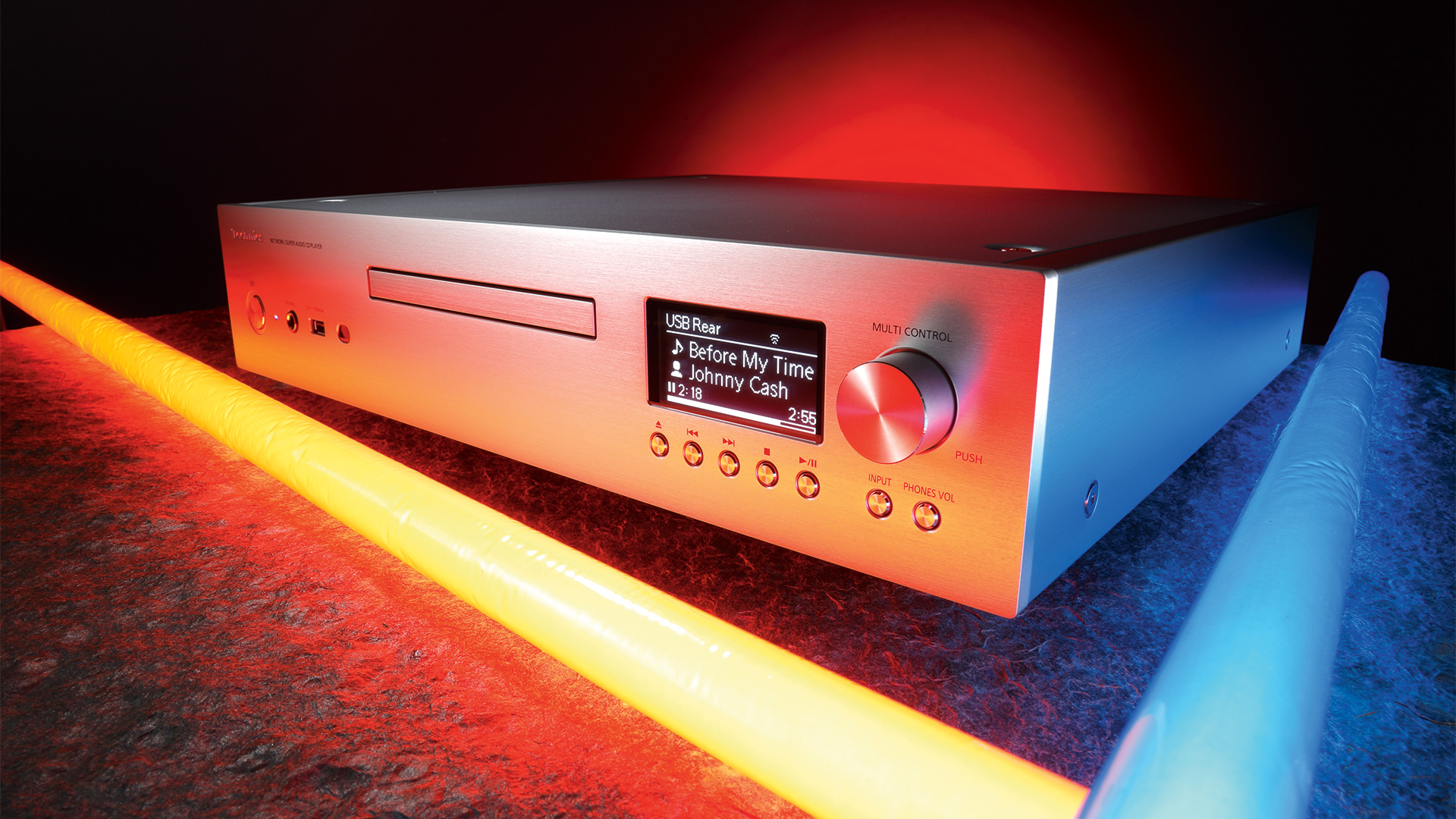 Everything HiRes – For the first time ever, Technics has built an SACD-compatible player – and the SL-G 700 can also stream, decode MQA and even plays via Chromecast.

Until now, Technics has always avoided the SACD format, as it was developed by its arch-rival Sony. Now, 20 years after the SACD's launch, the dispute seems to have been quasi officially settled. As icing on the cake, Technics also throws in a full-grown network player into the heavy case made of moulded aluminum parts. The streamer not only offers integrated access to Spotify, Tidal and Deezer, but also understands the Airplay and Chromecast protocols – it can even receive Bluetooth signals. Apple's Airplay still doesn't support high-resolution music, not even in the current second generation, while Google's Chromecast has recently been fine-tuned: it can handle sample rates up to 96 kHz by default.

With the SL-G 700, Technics takes it one step further and plays signals up to 192 kHz clock rate from Chromecast! Ideal conditions for the HiRes streaming service "Qobuz Studio", which offers resolutions up to 192 kHz. Although Technics has no integrated access to Qobuz, you can easily establish a direct connection from the Qobuz cloud to the Technics streamer via Chromecast using the Qobuz app. This works perfectly even with 192 kHz files. You can read more about Chromecast here.

Another HiRes capability of the SL-G 700 is called "MQA". The special feature of the built-in MQA decoder is here that it can not only decode MQA files up to the original clock rate of 352 kHz streamed from the network, but it even decodes MQA CDs from the internal drive. So far, there are very few devices that can decode MQA CDs – although there are quite a few of these discs on the market.

The MQA decoder can be manually switched on or off in the setup menu. If it is activated, the SL-G 700 always works with the MQA filter instead of the other three adjustable filters – also for non-MQA files. With MQA files from Tidal we ran into some problems even with the MQA decoder activated: Files with 44.1 kHz or multiples, even the tracks of 2L with 352 kHz clock, were detected and decoded without any problems, while files with 48 kHz clock and multiples, such as the "Anniversary Edition" of "Sgt. Pepper", were resampled by the Tidal server and arrived at the Technics streamer at 44.1 kHz, causing the MQA information to be lost.

Apparently, Technics does not correctly log on to Tidal as an MQA-capable device. Additionally, with Roon the Technics doesn't log in as a HiRes-compatible Chromecast device, which is why Roon downsamples everything to 44.1 or 48 kHz, no matter from which source. These errors should however be easily correctable via software updates. As a workaround we recommend streaming Tidal via DLNA from a PC using Audirvana.

The network setup of the Technics streamer on the other hand is very well implemented: in the "Google Home" app it is automatically recognized and it takes over the WLAN password from the smartphone. Alternatively, all settings can be made manually using the rotary/push button on the front or the infrared remote control, including output with fixed or variable level. We recommend the latter, as the volume can then, for example, be remotely controlled from the app via Chromecast.

The streamer is preferably operated from Technic's clearly laid out "Audio Center" app. It provides access to all inputs and the integrated streaming services and also displays the complete metadata, while the front display only shows "Tidal" or "Deezer". Paradoxically, the front display is much more informative when streaming via Chromecast, for example from the Qobuz app.

Even with files from the home network via DLNA, the display shows title, artist, and more metadata. This also applies to WAV files. Talking about DLNA: FLAC files with 352 kHz clock rate are no problem for the SL-G 700, nor are DSD files with 11.3 MHz – as long as they are streamed via LAN. Via WLAN, depending on the router and position, DSD files up to 2.8 MHz are possible. The Technics masters seamless playback of live albums with ease, also from MP3 files. Music from the home network or songs stored locally on the handheld can be easily added to the current queue in the Technics app – something we couldn't manage while streaming from Tidal. You can, by the way, add more streaming services in the app: they will, however, contact the SL-G 700 from the handheld via Bluetooth, in other words data-reduced and, at best, encoded with AAC.

CD playback works very nicely: The tray opens and closes slowly, and after reading, the CD text appears in the display in form of song title and for SACDs also the artist and album. We inserted an MQA CD right away, because the Technics player for the first time gives us the chance to listen to one and the same MQA CD with the MQA decoder activated and deactivated, thus allowing us to make a proper statement about the rumoured sound advantages of MQA CDs.

With the "Info" button on the remote control we can put the current sound format on the display, and it promptly shows "MQA Studio 176 kHz" when the decoder is switched on, and "44.1 kHz" when it is switched off. In fact, the virtual stage opened up as soon as we activated MQA, and the decoded version also sounded smoother and clearer – that is true for both Universal Music's UHQ MQA CD "Rock&Pops" and Jacintha's incredibly expensive, MQA-encoded Crystal Disc "Here's to Ben".

Independently of MQA, the Technics sounds extremely accurate and resolves very finely with CD and SACD as well as when streaming, seemingly placing the musical picture under a magnifying glass. At the same time, the Technics also plays very spirited, with powerful bass and vivid spatial imaging. So: great sound, great workmanship and trend-setting technology – everything in high resolution. The few small bugs with Tidal and Roon should be an easy fix – then it'll get the fifth star for value for money.

Versatile source for discs and streaming, combining some of the most advanced technologies such as MQA and Chromecast in one device. Perfectly suited for HiRes streaming services such as Qobuz Studio. Great sound quality beyond any doubt. 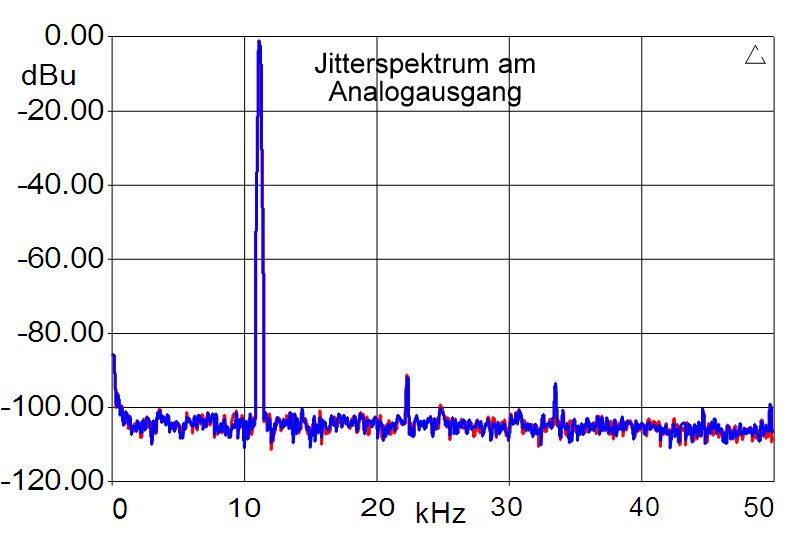