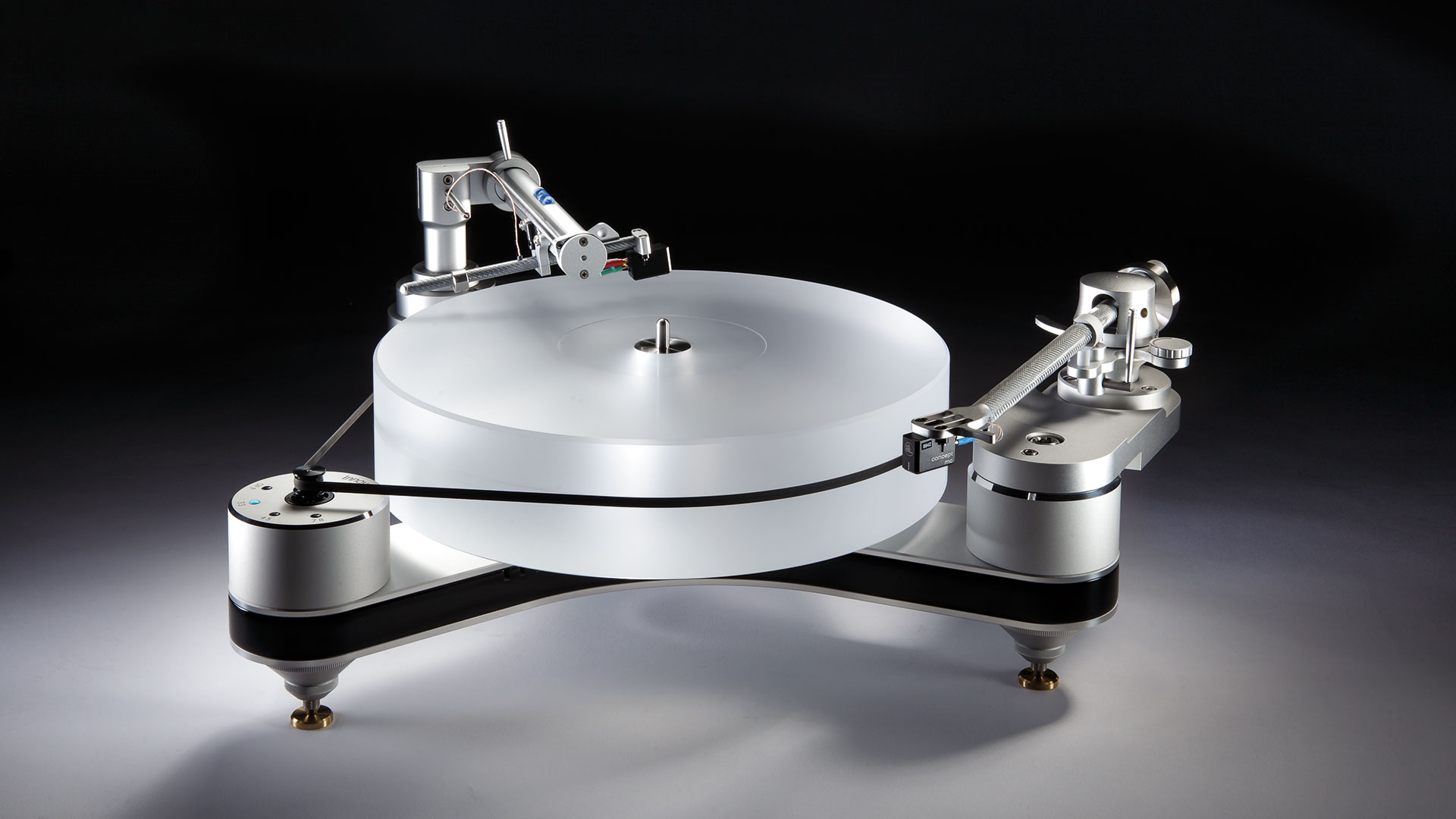 Tough Choice – or in this case twice the pleasure. STEREO tested the “Clearaudio Innovation Compact” with the radial tonearm “Tracer” as well as the tangentially guided “TT5”.

In 99 percent of cases the matter is clear: the new turntable has a radial tone arm. It doesn't matter whether the player costs 500, 5000 or even 50,000 Euros. However, there are still a few alternative suppliers of exclusive tangential tone arms – for example the German analog specialist Clearaudio. Here, they can cost you a small fortune – but don't have to.

With a price of close to 2250 Euros, the TT5, available in black or silver, is the entry into the world of cartridge carriers, which guide the pickup in a straight line over the record instead of a circular arc. This procedure is much more complicated in practice, but it makes sense because the record matrix is also cut tangentially.

For this reason, each rotary or radial arm is somewhat of a compromise because the needle is only exactly straight to the groove at two points. In the remainder, misalignment angles occur, which cause distortions due to the the needle being slightly above or below the ideal line. Thanks to the usual cranking, i.e. the inclination of the pickup to the pivot point of the arm, the misalignment angle usually remains small, while long twelve-inch arms additionally keep it in check thanks to the flatter radius. However, only tangential arms can extremely minimize the misalignment or even entirely nullify it.

We wanted to find out how the difference manifests itself in real life, so that, for testing Clearaudio's Innovation Compact drive, which can accommodate two tonearms, we installed a TT5 in addition to the new 1900 Euros "Tracer" rotary tonearm and equipped both with identical pickups – Clearaudio's Concept MC for 750 Euros. Both are no strangers to our listening rooms, as we have already listened to the Tracer in comparison to the slightly cheaper Satisfy Kardan, while the TT5 was part of testing the smaller drive Innovation Basic. However now, for the first time, they compete directly.

We can hardly image a more suitable "arena" than the Innovation Compact for this match. Its thick metal outriggers, fixed by solid screws, hold the tone arms in place. The chassis, which is available in different versions and designed in double boomerang form as a trident, consists of aluminum profiles which frame a layer of high-strength armored wood on both sides. Three sturdy, height-adjustable feet support the solid construction, which offers hardly any surface for the sound to attack and should be correspondingly low in resonance.

An absolute specialty is the bearing of the 70 millimeter high and 6.5 kilogram heavy platter made of POM, which is extremely immune to resonances and is so flawlessly manufactured that it is almost impossible to tell whether it is turning or standing. It floats on a magnetic cushion, while a smooth and well lubricated ceramic axis prevents it from slipping sideways. It is driven by a flat belt. The motor sits on one of the outriggers, together with four blue illuminated buttons for “off” as well as 33, 45 and 78 rpm.

All three speeds can be individually regulated via mini potentiometers embedded in the frame. The adherence to these speeds is guaranteed by an optical control in which illuminated markings on the underside of the platter pass by a photocell. Any deviations from the target value are gently controlled by the electronics of the "Optical Speed Control" (OSC).

Left: The TT5 guides the pickup in a straight line over the record, i.e. in the same way as the matrix was cut. In order for it to go smoothly, everything must be aligned exactly horizontally. The included level comes in handy.
Center: The 450 Euro "Swing Base" allows the tangential arm to swivel.
Right: The platter of the Innovation Compact floats on a magnetic cushion and is guided by a ceramic axis. On the left, the optical speed control.

The Innovation Compact, in which Clearaudio sees the "entrance to advanced hearing", lies in the model hierarchy between the more elaborate “Innovation”, with its double chassis design plus the stainless steel sub-platter, and the already mentioned Innovation Basic, which is equipped with a flatter, lighter platter.

To determine the exact position of the carrier plate as well as to adjust all parameters like tone arm height, horizontal alignment or the precise linearity at the left stop of the Swing Base, requires experience in handling tangential arms and therefore usually the help of a professional dealer. Because the pickup needs to be guided over the record on an exactly straight line by the little sleeve running on high-precision ball bearings made of V4 steel, which roll over a meticulously polished glass rod. Otherwise the pickup might get stuck, and the pursued nullification of misalignment is then also impossible. If, on the other hand, everything is set correctly, things go perfectly smoothly. By the way, you don't have to worry about connection at all with any of the two Clearaudio tonearms. Their first-class phono cable is permanently connected and ends in cinch plugs plus grounding on the amplifier side.

Our first discovery was that we could easily imagine an even higher quality cartridge than the Concept MC for the Innovation Compact as well as for the Tracer and TT5. However, the Concept was absolutely sufficient. In fact, it already impressed us in previous tests with excellent sound even above price class. Further, the immaculately manufactured drive, which according to the understanding of analog insiders sets the tone for a turntable, enabled it to peak performances in conjunction with the precisely working tonearms.

Thus sophisticated sound images of high quality emerged, which captivated with shimmering liveliness, but at the same time also with structured differentiation on the broad stage as well as convincing definition down to the lowest registers. Maria Pihls as spectacular as finely woven title "Malvina"  sounded almost perfectly transparent and contoured on a stage that was wide and open in every direction. The performance of all test pieces was sinewy-tight throughout and with agile and nimble timing, but also offered color and substance.

Especially in latter discipline, the Innovation “Compact” should be ahead of the decidedly light-footed, graceful and nimble “Basic”. Its again bigger and heavier brother is unmatched in this area by its lighter siblings. However, we have also heard and evaluated this one with Clearaudio's large tonearm “Universal” and the superior Stradivari V2 MC cartridge.

For the Innovation Compact, we chose everything one or two sizes smaller – but without losing any of the fun. On the contrary, the setup, whether with tracer or TT5, presented itself as an hi-fi – if not high-end – combination. However, it was by no means irrelevant whether we used the radial or tangential arm. Both left their very own "audiophile fingerprint" on the sound.

So the performance with the Tracer always seemed to be somehow more “rich” and, despite a flawless spatial presentation, also somewhat more compact than with the TT5. Latter captivated with seductive ease and almost floating lightness. "Outer Space" by Tokunbo Akinro's latest ravishing album, which – according to its title – features a wide wall of sound that, especially in the chorus, echoes in the stage's depth. Mounted on the tangential arm, the Concept MC managed to even further dissolve the spectrum and to detache it more easily from the loudspeakers. This left an even more confident and relaxed impression, but also seemed more natural than with the Tracer, which was, however, itself impressive beyond doubt.

With the full-bodied recording of a 2002 live concert from Sara K. and Chris Jones, which just appeared for the first time on LP, the radial arm showed what it could deliver in terms of groove. The TT5 shifted the emphasis in favor of stage performance and depth as well as light-footed finesse. On the whole the tangential arm kept slightly ahead, but to some degree the differences touched categories of subjective taste. In any case the choice is tough but who faces it is also guaranteed to have twice the pleasure.

It is not without reason that this Clearaudio is called "Innovation". It lives up to its name thanks to clever solutions such as its magnetically mounted POM platter driven by a flat belt, the anti-resonance shaped chassis or the ingenious speed monitoring via optical control. Like its brothers from the Innovation series, the Compact also allows the installation of a second tonearm. The third speed of 78 rpm is practical. All speeds can be finely adjusted. In terms of sound, the Innovation Compact, which is also available in black, impresses with its distinct definition and liveliness. 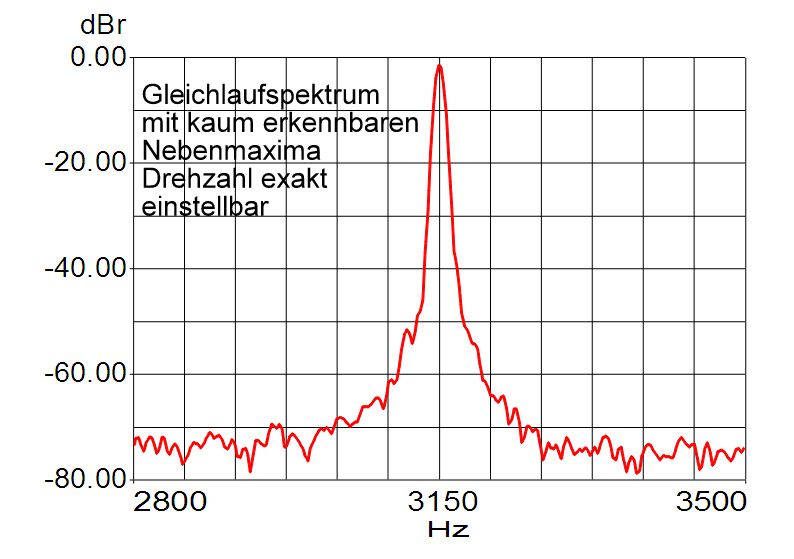 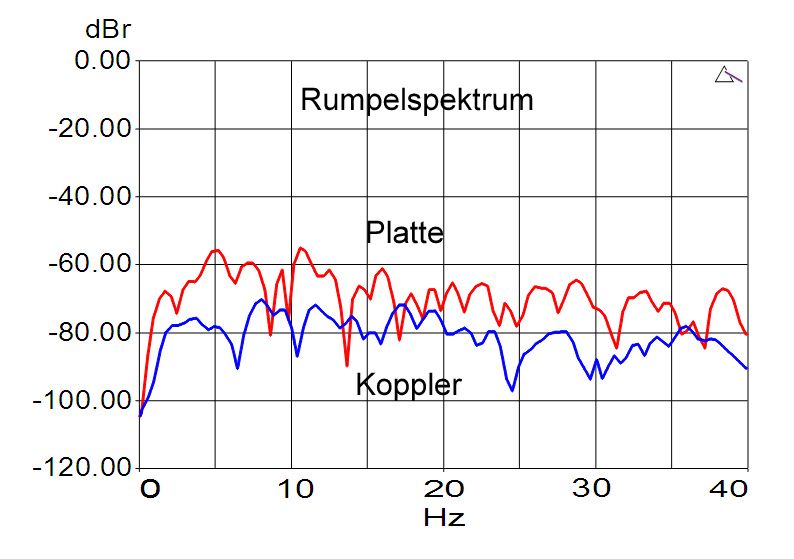 In the laboratory test, the drive shone with very small fluctuations. Also the rumble disturbances turned out to be extremely low. Especially by measuring coupler, whereby probably the "floating" magnetic bearing of the platter had a positive effect.

Clearaudio's Concept MC was tested on the Innovation Compact. However, the larger MC Talismann V2 Gold (above) fits even better to the level of the drive and tone arms, as it tones a bit more powerful, colorful and spatial. Fans of the MM faction will especially enjoy the Charisma V2, which sounds immensely relaxed, homogeneous and delicate. Both types fit the Clearaudio tonearms and cost around 1500 Euro each.

Tokunbo – The Swan: The ex-singer of Tok Tok Tok captivates on her second solo album with catchy songs in exquisite sound quality.

Radial versus tangential at the "highest level”

It was during the "Süddeutsche HiFi-Tage" in Stuttgart that the Clearaudio top tonearms met in front of an audience. During a short workshop, a breast-high “Master Innovation”, equipped with two tone arms, played with electronics and horn loudspeakers from Avantgarde Acoustic.

The Germans from Clearaudio had brought their finest equipment, namely the radial tone arm “Universal” equipped with only the finest of materials for 4700 Euro (v.) as well as the tangential arm TT1-MI spanning the drive as a sliding bridge for a full 22,000 Euro. In order to enable them to deliver their best possible performance, both were equipped with Clearaudio's Super-MC “Goldfinger Statement”. Unit price: around 12.500 Euro.

However, when the TT1-MI started, the space opened up further, the playback relaxed and gained serenity as well as naturalness. Clearaudio's top-arms are also based on the tangential principle. Unfortunately also at the corresponding price.