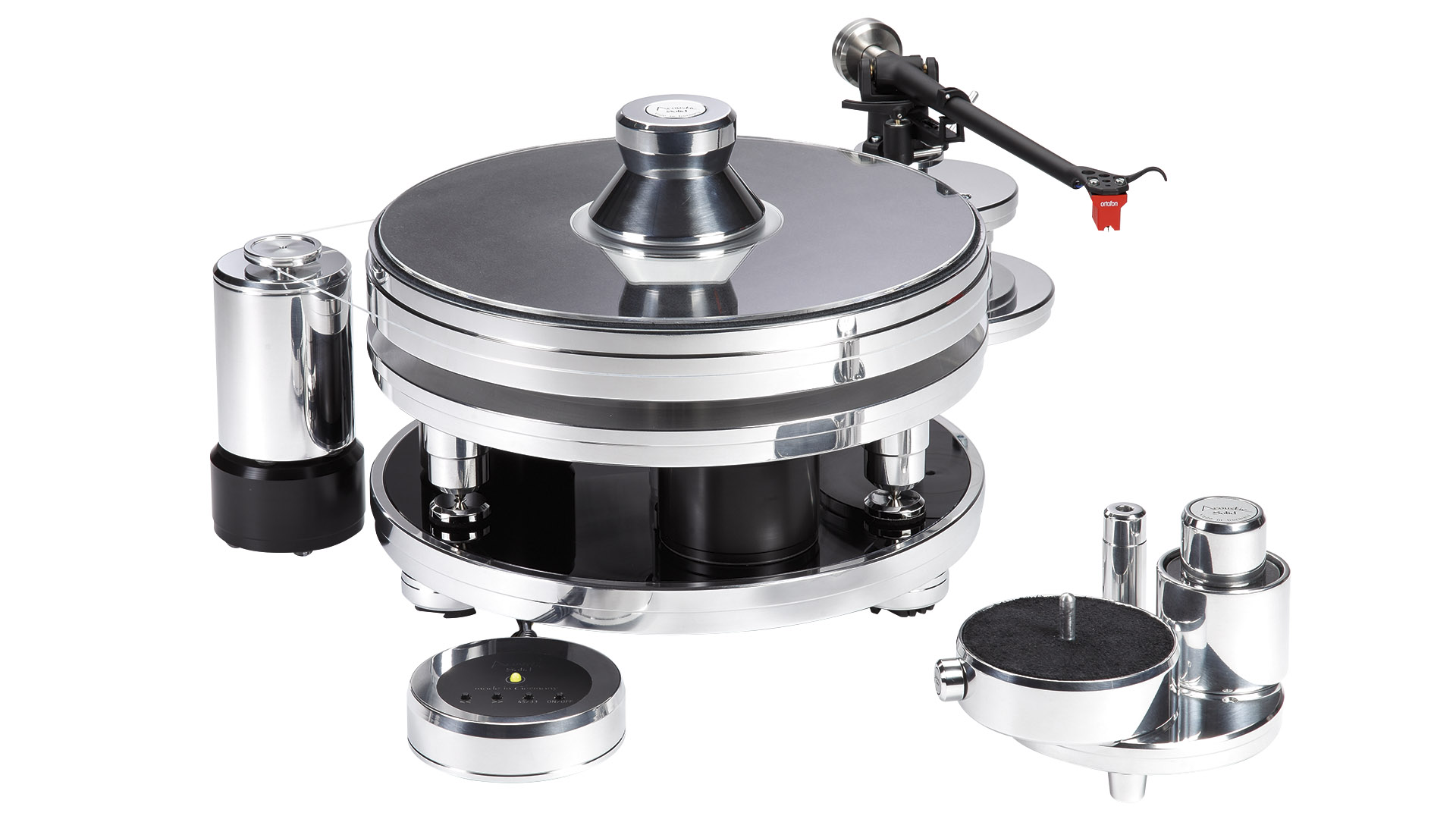 »All or nothing at all«? Not a question with the Solid 111 Metall from Acoustic Solid. You can easily get started and just add more later on – or you directly order it complete with "upgrade". We couldn't wait to get to know it.

One of the best things about a turntable is that you can always fiddle with it, add to it, improve it. One can optimize the adjustment, try a different cable or a higher quality weight, provide a more suitable surface – and there are many possibilities to actively deal with your analog hobby apart from listening.

Often enough the manufacturers themselves offer tuning options – just think of Linns huge selection for the LP12. Acoustic Solid from the Swabian town of Altdorf in southern Germany doesn't go quite as far. Nevertheless, anyone who chooses the popular Solid 111 Metall from their "Aluminium Line", which costs around 2140 Euros including a Rega tonearm and Ortofon MC, can immediately or later upgrade it.

For these, a further 540 Euros are due, transforming the despite its solidly made parts – the plate alone weighs a whopping six kilograms and is equipped with a felt mat as well as a three millimetre thick acrylic layer – almost filigree looking player into a graceful analog altar. Also, it does not exclusively appeal to analog "bling bling"-fans, but is, of course, primarily intended to increase sound performance.

Then, the metallic sparkling drive sits enthroned on a sharp looking round base with a shimmering black acrylic surface, a radiant aluminum rim and anti-resonance feet dampened by a silicone mixture, which decouple it from the surface it stands on. Three cylinders made of the thermoelastic plastic POM, which are pushed as desired into the space between this base and the two-centimetre-thick base plate of the lathe, reinforce the optical might and are also intended to reduce residual vibrations.

Another plug lifts the external motor unit to the now necessary higher level. For about 300 Euros Acoustic Solid further offers a stand set including a heavier record weight, single puck and drill bit for cautious widening of narrow LP centre holes. This thing really is impressive and is guaranteed to make other analog fans glow of envy.

This could also happen in view of the flat metal body with a central light-emitting diode, which is always part of the Solid 111 Metall and supplies its motor, while at the same time precisely controlling it. Its electronics generate a stable frequency that is unaffected by mains disturbances, which can be shifted in such tiny steps in any direction by means of two push buttons that you can, for example, control the optimum motor-speed exactly just by pressing it a few times as the synchronous motor follows the sine. The "helmsman" is connected to the separate small switching power supply as well as to the motor block and can be freely positioned near the drive.

When it comes to tonearms, Acoustic Solid, who also make their own arms, use a proven "system arm" from Rega in this low-cost class. Thanks to the double base consisting of two thick, firmly connected aluminum discs, it is even possible to adjust the height in a way that Rega itself does not offer. So even Ortofon's relatively high Quintet Red, the entry-level model in the Danish MC series, fits without a problem. It has a stiff, lightweight aluminum needle carrier and an elliptical-cut diamond and costs around 300 Euros on its own. A good choice.

The installation of the Solid 111 Metall together with its "upgrade" turned into something of a small spectacle. It was a sheer pleasure to unpack all the cleanly crafted parts and assemble the turntable step by step. There wasn't much to do, however, and it didn't get complicated at all, since the tonearm and stylus were pre-assembled by the manufacturer. Even the counterweight was already correctly positioned.

So in the end we only let a few drops of special oil drip from the included bottle into the plate bearing and aligned the turner to be perfectly horizontal. That is done via the rotating spikes of its sturdy metal feet, which in turn are placed on protective pads with felt, in order not to scratch the surface – whether it be shelf board or upgrade base.

In an extensive listening test, the "upgraded" Acoustic Solid threw its mass into the ring and presented radiant sound images with an exact focus, unrestrained dynamics and gnarly bass. Not even the full-bodied, colorful "Words Of Heaven" - performed by Maria Farantouri and Mikis Theodorakis on the STEREO "Best of" Listening Test LP - could uncover a loss of control. The Solid 111 Metall sounded firm, ordered and clearly laid out, spreading out a broad musical spectrum in front of the listeners.

The metal turntable developed its sense of aesthetics in the ballad "Les Adieux" by Sebastian Sternal Trio. Delicately it sorted the various facets in the playing of piano, drums and bass, lent them the right mixture of firm contour, attack and fullness and presented the title in the aura of sublimity and melancholy intended here by the musicians as well as the sound engineer.

Next we heard "That's What We Can Do" from the live concert of the 80s band Deacon Blue at the Glasgow Barrowland in late 2016. The Swabian provided for a meticulous depth graduation with lead singer Ricky Ross and the band in the foreground, behind which Lorraine McIntosh's angelic background voice hovered, while the audience in the hall waved and sang along.

All this happened within the individual spatial planes while at the same time flowing together into a whole. It had energy, radiance and at the same time a great overview making it a successful mix of attack and melody where even subtle details came to light.

We, then, took the player from its base to see how it contributed to the result. Although the performance still was explicitly clean, powerful and energetic, the spectrum shrank and narrowed, the breath, no matter how captivating, was somehow stalled. We quickly restored the previous condition and plead for upgrading the Solid 111 Metall either from the beginning or later in order to experience its full potential.

The 111 from Acoustic Solid's "Metal" series impresses with its clean workmanship, first-class sound and a comprehensive accessory package. Even the basic version includes precise electronic engine control, which is noticeable in the relaxed, sure-footed timing. In addition, the inexpensive "upgrade" in the form of the high-quality base, which is perfectly adapted to the drive, makes sense because it lends the sonic appearance additional spatial size, three-dimensionality and gravitational calm. The tonearm and MC-scanners included in the set are able to meet even "advanced" expectations. This turntable sounds as sublime as it looks. 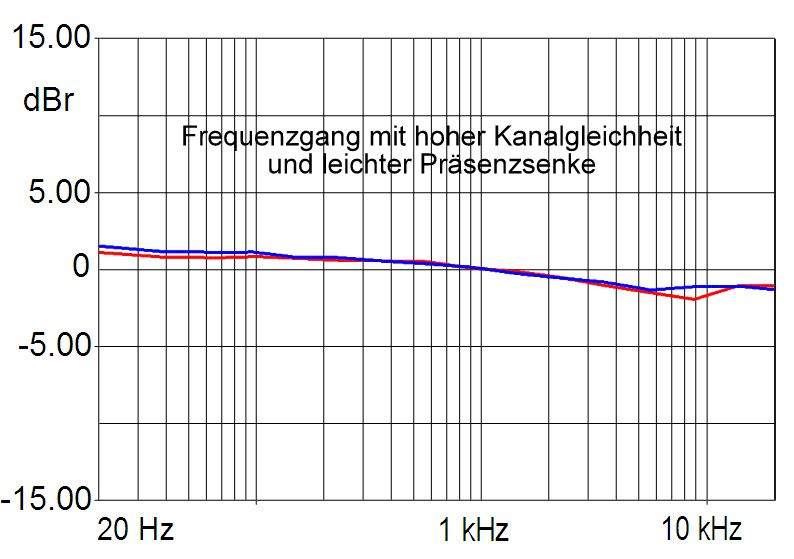 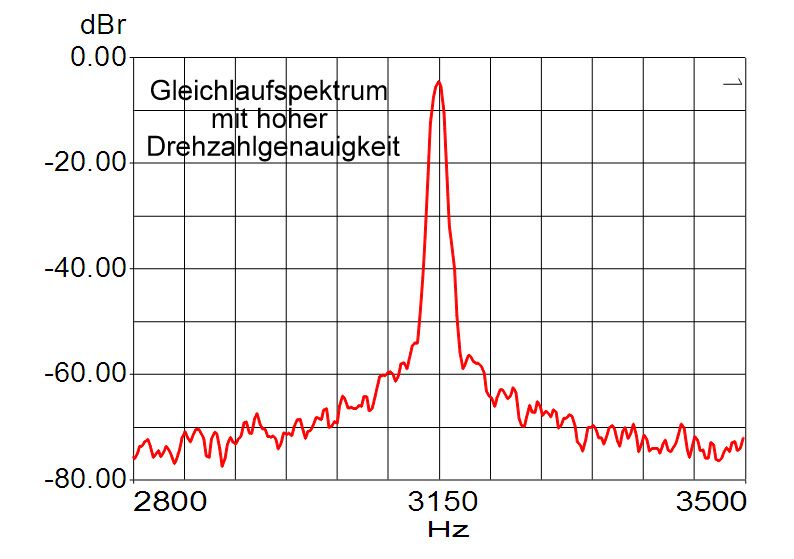 Deacon Blue – Live At The ­Barrowland: When the 80's band performs its biggest hits, tears are guaranteed. Great live-atmosphere.

Carl Nielsen – Violinkonzert: A top recording with energy, space and finesse from the noble label Acousence.