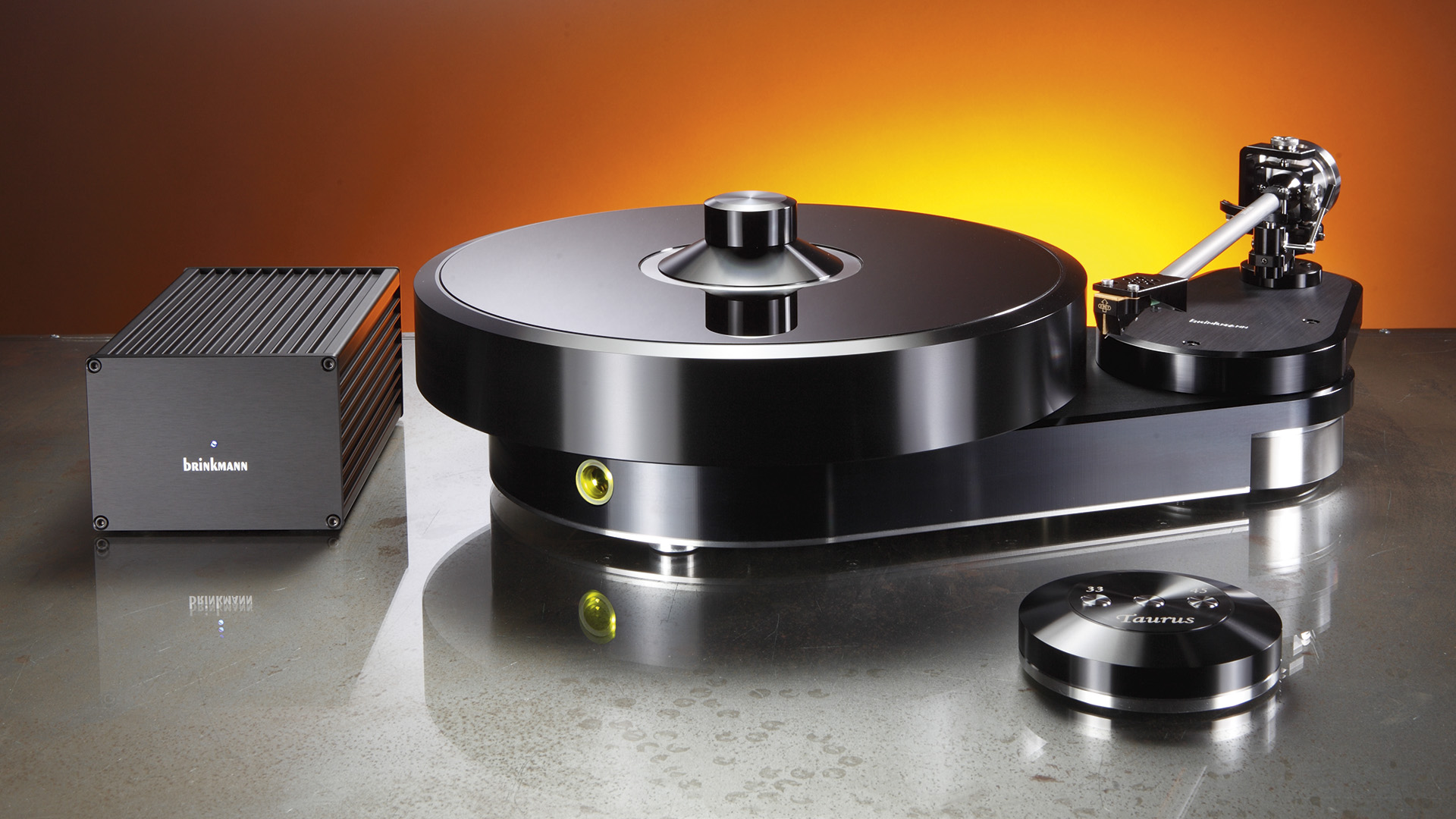 Body and Soul – The Brinkmann Taurus turntable has a body that is as beautiful as it is technically advanced. Its musical soul sits however mostly in the power supply.

A memorable experience that has burned itself into my audiophile memory happened at the 2012 HighEnd Show in the room of Helmut Brinkmann from southern Germany and his finely crafted devices. I was on site for a short workshop to demonstrate the influence of the power supply unit on the performance of turntables. We had made it especially difficult for ourselves, as the "tool" was a Brinkmann La Grange weighing 16 kilograms, whose platter is decoupled from the drive by a belt and which – once in motion – was supposed to do its rounds completely unimpressed by all the tiny external influences surrounding any turntable. At least that's the idea.

The three HRS-based external power supplies from which we fed the La Grange included a standard transformer, which has meanwhile been discontinued – probably not without reason –, as well as the high quality "Performance" transistor version, which is still part of the base equipment of many Brinkmann devices such as our phono-pre and DAC references Edison and Nyquist – and the new "Taurus". When plugged into the Taurus turntable, it added more spaciousness, radiance and concentrated composure to the reproduction. Great!

And then there was the tube-based "RöNtII", which again added increased smoothness and musicality through its "untechnical" naturalness. Ina Schneider, participant of the small but impressive demonstration, told me afterwards that she and her husband were happy La Grange listeners; and after a rehearsal of the RöNtII, there was no turning back for her. To her, apart from all the audiophile qualities, moods were presented much more gripping with this PSU. That is a very good observation; we will come back to this later.

Why did we choose this topic in the first place? Because we had previously experienced the power supplies on the Brinkmann Bardo which was the first turntable with the "soft" direct drive developed in house. Unlike the record players in studios and broadcasting companies, this one is not designed for fast acceleration and deceleration, but for careful compensation of potential speed deviations, and it impressed with first-class timing.

This elaborate, non-contact "Direct Drive" which is moved by means of magnetic fields is also to be found – albeit in a comprehensively improved form – in the Taurus' 40 millimetre thick, resonance-optimized chassis which was machined entirely from one block of "Dural". The coils have been arranged in a 22.5 degree grid to each other so that their fields overlap, greatly reducing annoying pole jerk.

The motor, whose rotor has an eight-pole magnetic ring, is also the sub-platter. This high-precision, maintenance-free drive, which is guided in an oil bath in a plain bearing, has enough power to accelerate the ten-kilo platter with its flat-cut crystal glass inlay to 33.33 revolutions in around ten seconds. Only the minimum of energy is then provided to maintain the speed, whereby the very soft coupling via the magnetic field is intended to ensure both extreme consistency and low noise.

Everything is controlled wirelessly with an infrared remote control, which is manufactured flawlessly like the entire player. Its integrated battery that can be charged via a standard micro-USB socket. The drive acknowledges its commands by means of a green (33) or red (45) illuminated display.

When it was announced that we were to get the optional RöNtII PSU for the Taurus, I was immediately hooked. This costs a whopping 3800 Euro, purchased separately. If it is ordered with the Taurus right from the start, it replaces the Performance power supply included in the drive's price of 13,000 Euros, which reduces the financial expenditure by 1000 Euros to 2800 Euros.

And you should definitely do that, as the RöNtII dual-tube power supply, which is also suitable for the higher starting current of 500 milliampere of Brinkmann's direct drives, turns the Taurus into nothing short of a sound miracle. Sure, already with the Performance PSU, the Taurus allows for wonderful, even inspiring musical enjoyment as only few others manage. But whoever spends so much money to approximate sonic perfection, should really consider the rewarding surcharge.

Likely, anyone who has experienced the floating lightness and naturalness on the one hand, but also the color, coherence and substance that the RöNtII adds to the performance, will immediately forget about the extra price anyway. The solemnity of Chadwick's "Jubilee" orchestra suite, for example, had an inherent and captivating shine to it when operated with the tube power supply, while it appeared more mundane, more superficial, and less touching when the Performance unit was used.

Yes, the Performance is already a great power supply and delivers music on a very high level. And yet: the spectacular openness, finesse and composure of the tube PSU is remarkable even for high end standards as it lends the Taurus an almost magically captivating touch. This is "Analog at its best"! So much so, by the way, that the two colleagues present and myself immediately checked our account balance in mind, as we confirmed to each other right away. This special experience is something you want, no, you need every day. Within a very short time addiction sets in – without any health risks of course: "RöNtgen" please!

Up to this point, the Taurus ran with the EMT MC Pure Black, which the German distributor had mounted on Brinkmann's long twelve-inch tonearm 12.1 – probably to increase the risk of addiction even more. Of course, bases for the smaller models 10.0 and 10.5 as well as arms from other manufacturers are available. But why should you cut back? Especially since the manufacturer of the 12.1, which describes a flatter arc across the record and thus reduces tracking errors, not just lengthened the tube, but also took constructive measures to counteract its thus increased tendency to oscillate. The 12.1 definitely supports the inner peace and overview that are characteristic of the Taurus, in addition to its precise rhythm and liveliness, and it thus supports the effect of the RöNtII.

As we quickly found out in individual testing, EMT's Pure Black impresses with its top sound, which reveals itself in pronounced clarity and three-dimensionality combined with naturally sonorous timbre. If you however think that the record player's impressive performance is mainly due to this specific cartridge, you are wrong. A Transrotor Figaro also benefited from the qualities of the Taurus with 12.1, so that the elegance and casual perfection of the titles of Lyn Stanley's fantastic sounding direct cut album "London With A Twist", which had just before been played by the EMT, flowed with almost the same esprit from our MC-scanner, which had proven itself in everyday testing. Per Figaro the Brinkmann also effortlessly underlined his class.

And for this, it needs little more than a high-quality rack as a solid basis for the drive, which is hardly resonance-prone and can be simply aligned horizontally. Of course, before you really get started, you should check the speed with the help of a stroboscope disc and, if necessary, readjust it using the mini potentiometers accessible from the back. This was not necessary with our test device. When connecting the power supply – no matter which one – it is absolutely necessary to keep the correct mains polarity. Note: If a RöNtII is connected with a wrong polarity, a good part of its sonic advantage is lost.

If everything is done right, the Taurus and its Performance supplier, which we used for all crosschecks, will easily be on par with other turntables of the reference class. The Brinkmann always developed a special understanding for fine dynamic and tonal nuances, dabbing delicate details into his well organized and diversified sound patterns with a sure hand and, depending on the music, offering a smooth and fluid timing.

The Taurus thus emphasized Helmut Brinkmann's instinctive feeling, who launched a worthy direct-drive counterpart to the almost legendary belt-drive turntable "Balance". And the RöNtII crowns his work of sound art by adding even more musical soul to the Taurus's immaculate body – listening to it thus becomes an experiences that will stick in your memory for ages to come.

The Taurus presents the know-how of Helmut Brinkmann in a visually reduced but highly aesthetic form. Among the special features, the once again optimised direct drive stands out, which guarantees precision for years to come. The sound image is already of exquisite quality with the standard Performance power supply. If it is replaced by the RöNtII, the musicality and audiophile "magic" once again increases. 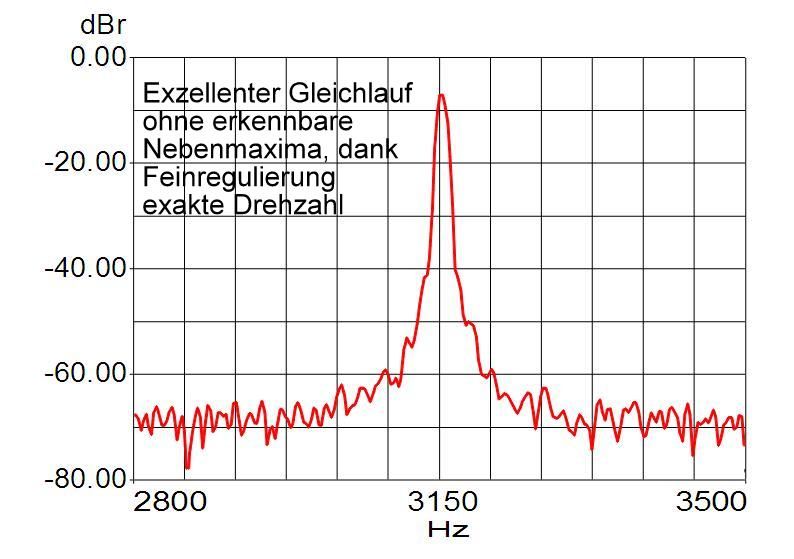 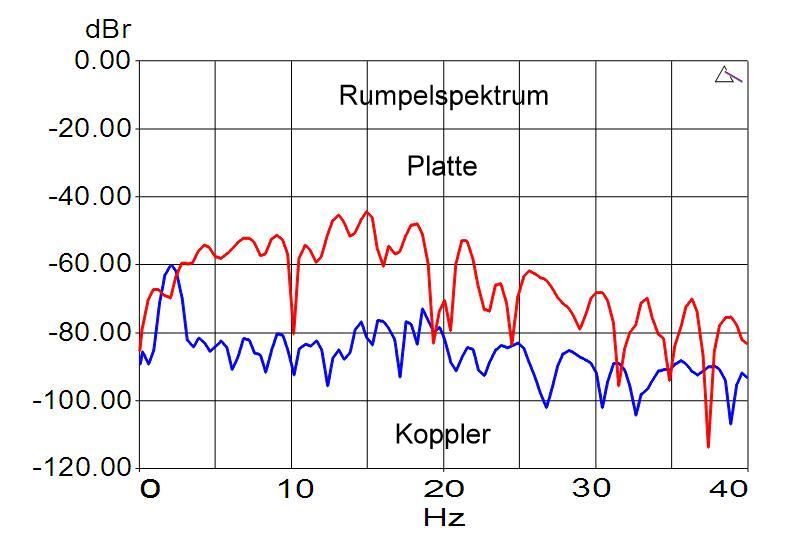 Extremely low rumble when using the measuring coupler; top synchronisation; thanks to the fine adjustment, the speed can be set accurately. The mains polarity specification refers to the Performance power supply that is part of the Taurus' basic equipment.

At first, the effort put into Brinkmann's "Tube Power Supply II" seems to be exaggerated for the supposedly mundane task of keeping a heavy and also extremely smooth-running platter turning with minimal energy input. However listening practice shows that apparently it isn't quite as simple. For example, the use of two potent low-impedance pentodes of type PL36 plus the 5AR4 two-way rectifier tube seems to make sense, considering that the vacuum in the pentodes galvanically separates their anode and cathode from each other – and thus the mains current from the control electronics, keeping mains disturbances away. After all, it is common knowledge that turntable drives often react positively to mains filters. The RöNtII supplies almost 25 volts DC to the direct drive motor. According to Brinkmann, the tubes are designed for a lifetime of 10,000 hours.

The RöNtII, equipped with three transformers for the rectifier tube and the high voltage PL36, also looks good. In the style of the Black Forest manufacturer's amplifiers or D/A converters, the electronics are located under a glass cover plate. The scope of delivery includes the custom-made granite base, also known from the other components, which drives the total weight to a whopping twelve kilograms and is intended to reliably keep vibrations of the ground away from the tubes, which are always sensitive to excitation. After all, it would be too bad if the sonic achievements of the tube supply were limited by resonating parts, wouldn't it?

Chadwick – Various works: Orchestra pieces with extreme dynamics and high emotional value. Only available Second Hand. You should get one!