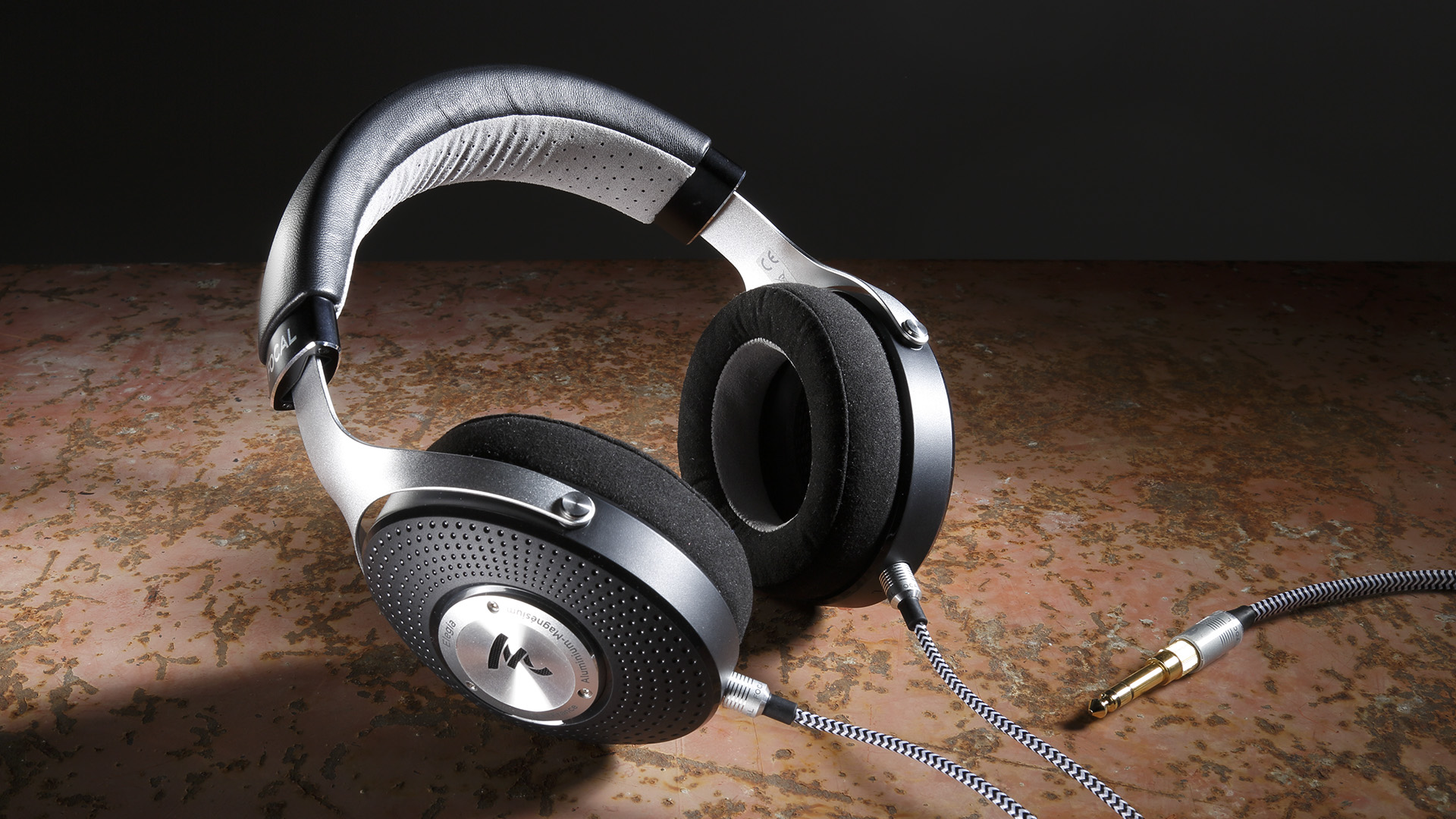 Attack on the Establishment – A powerful player in the loudspeaker market for decades, Focal is now increasingly attacking the top dogs in headphones as well – as for example with the "Elegia".

At first glance, the Elegia can hardly be distinguished from Focal's top model "Utopia". Only the different colour design gives an indication that here only 25% of the Utopia's purchase price are called. In this case, that is not at all embarrassing for one of our headphone references, but should be understood as a big praise for the current test candidate. A second, somewhat closer look reveals that although the excellent choice of materials for the bracket and holder mechanics made of aluminum as well as the touch quality and manufacturing accuracy were retained without compromise, the front and back of the shells were changed.

The change at the back is the more serious, because it shows a change from the open concept of the Utopia to the closed back system of the Elegia. This means that the sound of the latter is strongly attenuated to the outside, so that your surroundings remain largely unaffected by your musical taste. Conversely, even at low listening volumes, you will not feel disturbed by surrounding noises  – a clear win-win situation.

Then why are so-called "closed back headphones" rather the exception in the audiophile world despite these obvious advantages? Well, every merit has its downside and it's no different here. The improvement in relation to the outside world has to be paid for with a decrease in wearing comfort due to higher heat development – especially at already high temperatures. This can certainly lead to a shortening of listening sessions.

The second disadvantage is of an acoustic nature, although elaborate constructional measures and clever developers have tried to eliminate it here: with closed back models, the drivers sometimes tend to producing  an inflated, booming bass. Later, we'll find out whether and how an acoustically convincing solution was found in France.

However, let's first look at the inside of the headphones: here one can see that other upholstery covers were used. Instead of leather, the 20 millimetre thick memory foam pad is covered with a microfibre fabric. The cable, on the other hand, seems to be identical to the one on the Utopia except for the colouring; Focal remains largely silent about this subject.

The asymmetrical placement of the drivers was also adopted from the Utopia. The knowledge gained during the development of Utopia about the advantages of the inclined mounting angle seems to be universally valid, regardless of whether the headphone is open or closed. However, the Elegia has undergone extensive design changes in order to be able to be operated successfully on mobile devices as well. In view of the quality of the Elegia, however, we strongly recommend the use of a small USB converter like an Audioquest Dragonfly for the greatest possible musical enjoyment.

Nevertheless, the impedance of the Elegia was lowered down to 35 Ohm and, thanks to a carrierless voice coil and an M-shaped diaphragm made of an aluminum/magnesium alloy instead of beryllium, the Utopia also managed to slightly increase the sensitivity, i.e. the ability to play loud at low amplifier power. At 430 grams, the Elegia is by no means a lightweight, which it proved musically from the very first bar.

Sonny Rollins has just released a new album under the title "A Silver Cup" and proves there that even in the advanced retirement age of almost 90 years one can still make wonderful music and master his instrument, in this case the tenor saxophone, masterfully.

Ella Fitzgerald, the "First Lady of Song", on the other hand, showed on a 1958 recording, the album "Sings The Irving Berlin Songs", what music is actually all about – that is, besides skill, in particular casualness, lightheartedness and lightness in connection with passion, letting the music just flow out of the small membranes of Elegia. This is art on all levels: with Fitzgerald it's the versatility and mastery of her voice as well as the quality of her fellow musicians and the recording team – and in our case it goes all the way to the Elegia and the various headphone amplifiers with which we operated it.

If you're wondering why we don't give individual titles as audio examples here: it sounded so enjoyable that we listened to whole albums despite the summer temperatures. This also included more modern stuff like the Red Hot Chili Peppers with "Funky Monks". Here the Elegia showed less of its airy, ethereal side, but convinced with pinpoint, crisp impulse reproduction, which was so great that one was constantly tempted to drive the volume up a little further. The fact that it is "closed" meant that we didn't have to waste a single thought on our environment during the listening sessions ...

A closed headphone that offers the advantages of a sealed design, such as shielding from the outside world, without its downsides such as heat build-up or excessive bass. Excellent workmanship and high efficiency of 105 dB and an impedance of only 35 ohms, making them also suitable for mobile devices. weight: 430 gram

Sonny Rollins – A Silver Cup: The almost 90-year-old saxophone legend can still do it. A late work worth listening to.