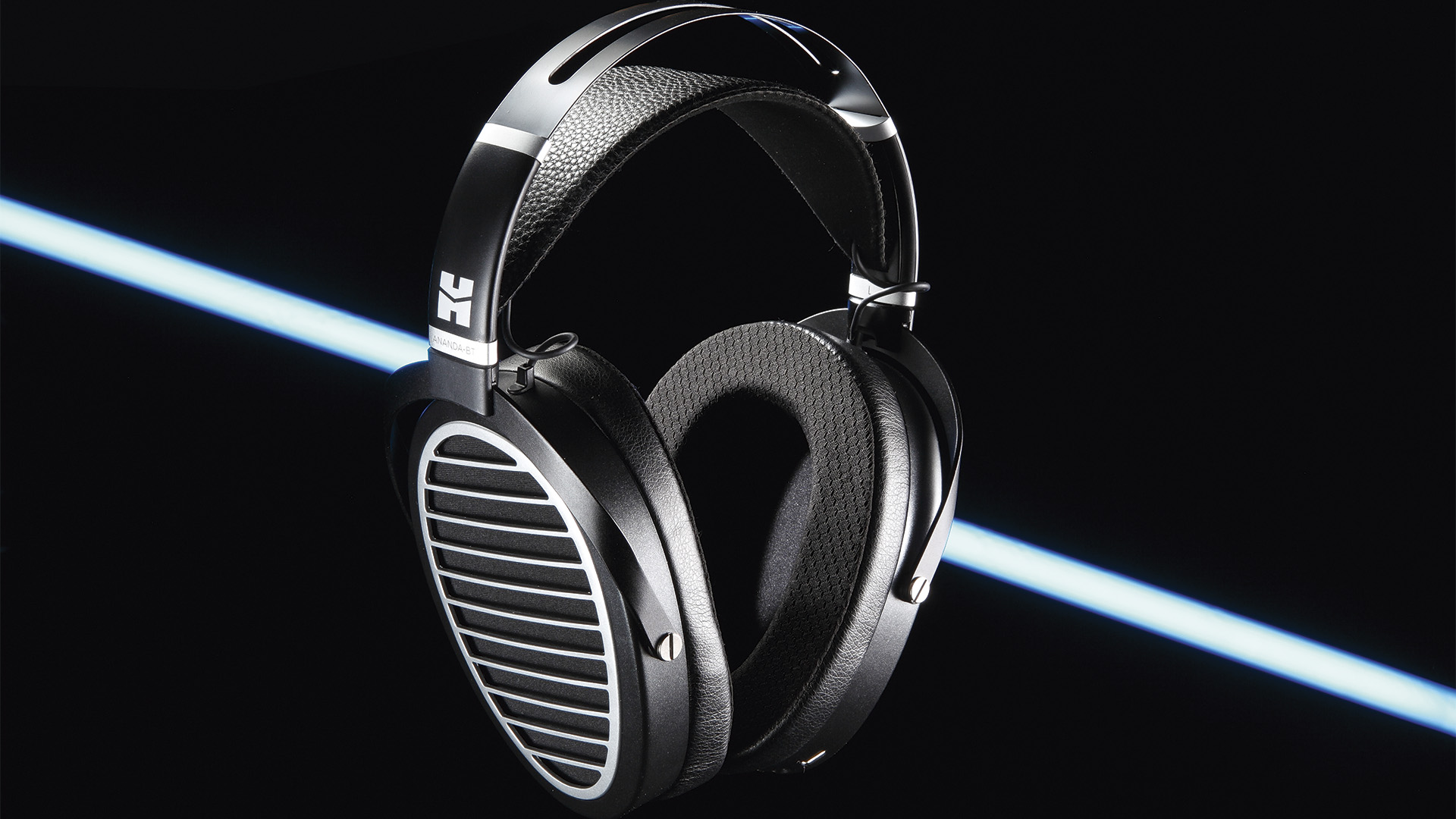 Wireless to Perfect Sound – With the new Ananda-BT wireless open back headphones, HiFiMAN wants to appeal to gamers and hi-fi freaks alike.

There is an undeniable and ongoing trend towards headphones that promise highest level of sonic pleasure but without the often annoying cables. Manufacturers have long since stopped only building wireless versions at the lower end of the price range. Nowadays there are increasingly appearing high end wireless headphones – as for example the HiFiMan Ananda-BT, a planar magnetic and open back model for well over 1000 Euros.

So what do you get for your money? Actually quite a lot as the Ananda BT weighs the equivalent of about two pieces of butter including the microphone that comes with it. On top of that you get a headphone whose battery is fully charged within just 2.5 hours and can then be used for about ten hours. "BT" means that the Ananda is designed to meet a wide range of Bluetooth standards. The detachable microphone is not only useful for fans of electronic gaming culture, but also allows to make phone calls.

With an impedance of 35 ohms and 103 dB of efficiency, the Ananada BT is designed to technically allow operation on mobile phones or similar sources, although this is not necessarily recommended. If the battery level tends towards zero, the HiFiMan can also be controlled with the supplied USB cable. This is possible regardless of whether the Bluetooth connection was selected beforehand – the cable is treated with priority.

HiFiMan claims that the use of a very thin foil has technical advantages, because the magnets in front and behind the foil drive the sound very evenly over the entire range, thus ensuring low distortion, maximum dynamic range and a frequency response that reaches up to the highest trebles. In recent years, company founder and boss Dr. Fang Bian and his team have succeeded in making the foil ever lighter, improving its compatibility with low-power amplifiers and at the same time, contrary to the current trend, making the prices drop dramatically. The fact that the Bluetooth version of the Ananda is slightly more expensive than the classic wired version is primarily due to the built-in balanced amplifier and the integrated 24-bit D/A converter. These not only have to sound good, but also use battery power very sparingly to ensure a long uninterrupted battery life.

Even the best headphones will not be used often if the wearing comfort isn't on point. After all, the Ananda weighs just below 500 grams. Even with due respect to the very clever weight distribution over the entire headband as well as the large and soft ear pads, the HiFiMan is still no lightweight. For us this raises the question whether a gamer, who often has to wear the headphones for hours on end, might prefer a lighter solution in the long run. For the average music lover, however, this shouldn't be a problem, as listening to music for more than two hours non-stop will probably be the exception. During our time with the Ananda we did not experience any signs of fatigue, pressure or other circumstances that would have caused us to take a break from listening.

That may also be due to the Ananda simply sounding much too tempting – regardless of whether we ran it wireless or with a cable. In both modes the sound image was extremely airy and perfectly localized with slight advantages in sharpness of contours for cable operation – though by no means with every recording and even with high quality ones such as Leonhard Cohen's "Thanks for the Dance" it was not easy to hear without doubt. If you have a high-resolution Bluetooth mode in your mobile phone – as one of our colleagues calls it his own – it's amazing how close the operating modes are. Speech intelligibility was excellent at both low and high volumes, and the sound colors were numerous and very natural. Also any dynamic gradation was convincingly represented.

Metallica's "Enter Sandman" sounded powerful, with a gnarled bass foundation and never annoyed despite high volume. The highs come across relaxed and undistorted as one seldom hears. The performance reminded me of the Gauder DARC 100 speakers with their diamond tweeters, which are similarly unobtrusive and distortion-free, so that at first you wonder if anything is playing at all. What also distinguishes the HiFiMan is its complete lack of discontinuity across all frequency ranges. Listen to a grand piano – for me I love it when Martha Argerich plays her enchanting melodies – and you'll find that the size of the instrument remains unchanged across all frequency ranges. This is undoubtedly the fine art of headphone construction that is celebrated here. The fact that the Ananda can also pull this of wirelessly allows it to take a special position in the world of high quality headphones.

Top open back planar magnetic headphones, which can also convince with various high-resolution Bluetooth standards. There is almost no difference in sound quality between wired and wireless operation. At just under 500 grams the HiFiMan Ananda BT is quite heavy, but the weight is well balanced.