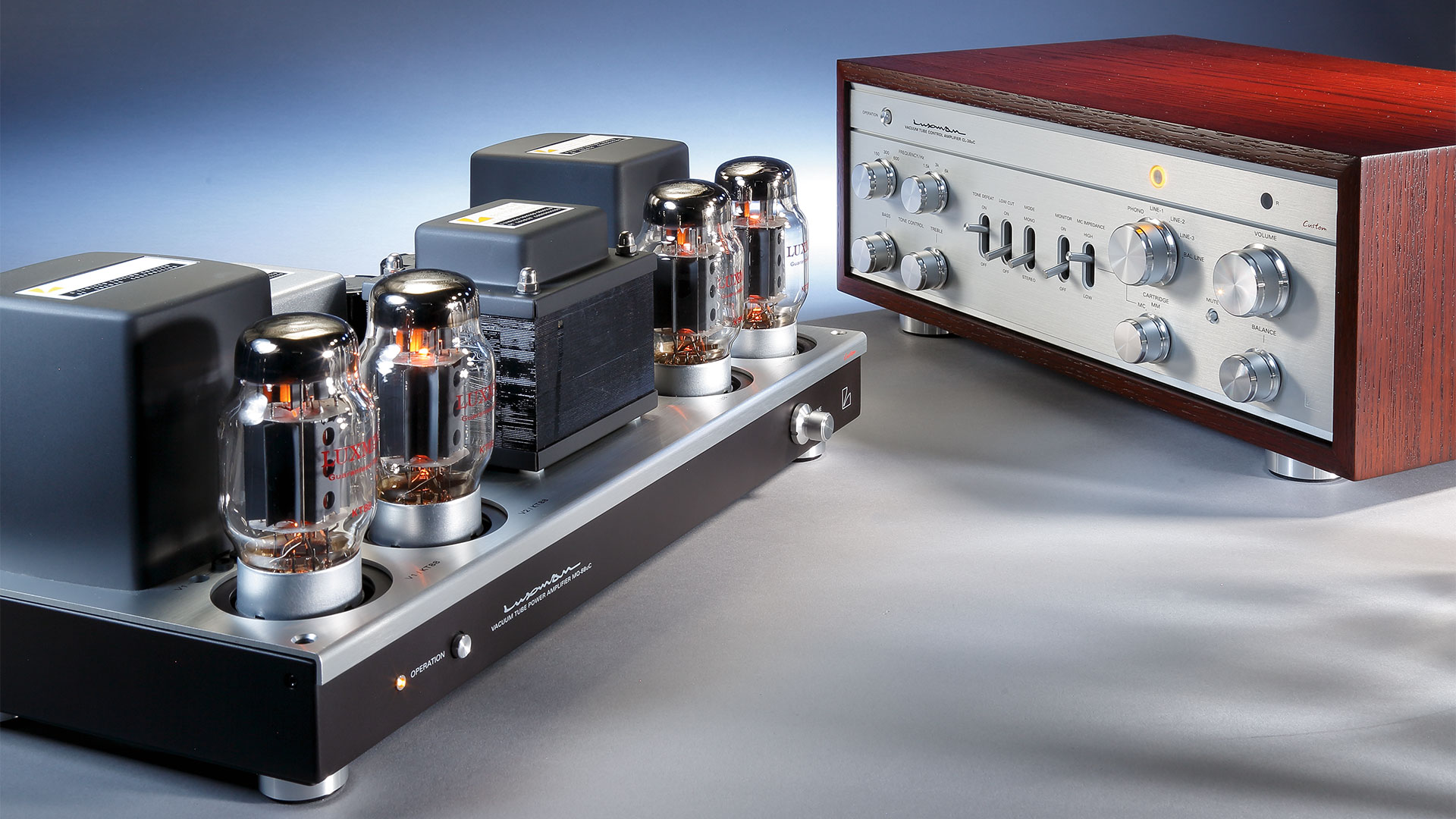 For many hi-fi fans, the new retro looking Luxman tube-duo is guaranteed to be love at first sight. What about first listen? STEREO is testing whether the CL-38uC preamplifier and the MQ-88uC power amplifier will please nostalgics in particular or whether they can satisfy modern demands just as well.

No other Japanese large-scale producer has existed as long as the Luxman Corporation whose origins date back to 1925 and to the launch of broadcasting in the Land of the Rising Sun. Since then, the Osaka-based company has enriched hi-fi history with countless highlights. Hardly any other brand cultivates its tradition so lovingly and competently – also and especially under the umbrella of the „International Audio Group“ (IAG), of which Luxman has been a largely independent member since 2009.

A current example is the 2011 introduced CL-38u/MQ-88u tube pre-amplifier/amplifier combination, which has been thoroughly updated in comparison to its predecessors. Now, it is also available as a „C“(ustom) version in the design of days gone by, based on Luxman‘s CL-35/MQ-60 amplifiers from 1970/‘69. The power amplifier in particular perfectly resembles its famous ancestor. However, also the preamplifier with its beautifully „antiquated“ toggle switches, has been enclosed into a traditional wooden cabinet and is retro throug and through.

Certainly, anyone who doesn‘t know their way around will think the duo is a vintage system in immaculate condition. Especially so, as the infrared sensor for the simply equipped remote control is hidden inconspicuously on the finely brushed, shimmering front panel of the preamplifier.

It has been an utter pleasure to fiddle around with the three-stage switchable tone controls, which can also be turned off entirely. Such features are very rarely to be found nowadays! The fact that the „mute“ button operates a modern relay remains unnoticed until you press it. There is a tape output with tape monitoring and a filter against subsonic interference, which tubes hate even more than transistors.

In addition to its five high-level inputs – one of which is a complex transformer-balanced, invertible XLR input – the Luxman-Pre also offers a tube-based phono MM/MC stage of excellent sound quality – at least when operated correctly. Those who prefer MMs should make sure that their output voltage is high enough, as the CL-38uC likes its phono stage to be fed rather generously. Otherwise its colors turn somewhat pale and its vibrancy gets muffled. We therefore don‘t necessarily recommend high-output MCs. Ortofon‘s 2M Bronze, on the other hand, was a perfect match.

The performance turned even better when using a suitable MC. As if it weren‘t traditional enough already, the Luxman increases the tiny MC currents with two sets of transformers that aid the tubes. They thank the support with an improved noise and distortion behavior. On the front panel there is a toggle lever for „High“ or „Low“, which apparently indicates the termination resistance, as the amplification is higher in „Low“.

In „High“-mode, the playback was comparatively slim and less vibrant. This restrained character changes instantaneously when switching to „Low“. Now music from records had the punch and expression that the titles of the parallelly played CDs radiated. However, you should choose an MC that works with the „Low“ impedance due to its low internal resistance. The CL-38uC becomes a captivating vinyl expert with one of the „tested devices“ mentioned on the side.

The eight employed double triode tubes (3xECC83S/ 5xECC82) come from the Slovakian quality supplier JJ and should easily last two decades, if not longer, in normal operation. Afterwards replacement is easy. Luxman uses the tubes in the phono, tone control and main amplification circuits in SRPP arrangement, which is intended to produce a particularly low output impedance through the serial connection of two tubes at a time – very important for controlling the following output stage. Luxman indicates a good 300 Ohm here. Our laboratory even measured a significantly lower 130 Ohm, which is close to spectacular for a tube pre.

The CL-38uC features two cinch outputs, which simplifies possible bi-amping, and it can of course control any type of power amplifier or active speaker. However, of course, it is predestined for the MQ-88uC, which also has two inputs to choose from. The „Direct“ input is intended for operation from a preamplifier. The input named „Variable“ is connected to a volume potentiometer. You can, therefore, connect the MQ-88uC directly to a high level source, like for example a CD player, and adjust the level on the device.

This worked perfectly in our experiments, but in terms of sound the performance was more airy, lively and spacious when the CL-38uC played the music, which is anything but unusual. A result of tube-typical influences? The excellently low distortion values of the Luxman-Pre (c.f. measurement results) clearly contradicts this assumption.

The Japanese company emphasizes that the MQ-88uC is designed very close to the model MQ-60. Of course in the process of „C„ustomization, i.e. the adaptation to today‘s requirements and possibilities, the signal paths were shortened compared to the original. Modern metal-film high-voltage capacitors from Nichicon and other quality components offer a standard that was simply impossible 50 years ago.

Two triodes of type KT88 from JJ share the work per channel, each driven by a pair of ECC82/ECC83S from Mullard and delivering 25 watts of continuous power to four, eight or 16 ohms, for which individual taps are available on the rear of the MQ-88uC.

Of course, the MQ-88uC requires careful consideration when selecting a loudspeaker. Models with low efficiency and/or a nasty impedance curve should be immediately ruled out. Because they were already in position, we initially combined the tube amp with B&W‘s large 800D3, on which it played surprisingly relaxed. Nevertheless, they were not really a dream team, as the tubes simply aren’t meant for continuously operating woofers the size of a frying pan.

Although it is only average in sensitivity, the combination with DALI‘s extremely good-natured Epicon6, for example, worked much better, as it has an impedance curve constantly around five ohms. On the Dali the MQ-88uC sparked a proper audiophile firework in conjunction with its Retro-Pre. Our tip: try the amp’s eight-ohm also on normal four-ohm speakers. This can make it sound even more opulent and sovereign – don‘t worry it can’t harm the power amplifier.

No somewhat enlightened hi-fi fan would still believe today that tubes have to sound cosy, round and mellow anyway. However, what this combination had to offer, even in lower frequency ranges, in form of tight accuracy, was apt to overturn even most stubborn worldviews. So it let, for example, Ray Brown‘s bass strings in „Exactly Like You“ snap with pure passion.

The hearing test turned out to be an absolute pleasure. The longer we listened to Luxmans old looking but very fresh sounding duo, the more we loved it. They created a large, perfectly staggered horizon, played with punch and radiated brilliance as well as momentum in all pitches. They could decorate the musical firmament with an abundance of hi-hats but equally precisely outline instruments and built up a vividly differentiated bass relief.

However, other amplifiers in this price range succeed in doing the same. The really impressive thing about Luxman‘s tube combination is its fascinating „authenticity“. Whether Lyn Stanley or Allan Taylor: voices had a „personality“ about them as well as an aura that directly appealed to the listener. They more easily got under your skin and for this reason often enough directly touched our soul – more so than some transistor rivals. This led to musical presentations with tingling conciseness, musical understanding and depth.

The midrange was delicately accentuated, while violins and cellos apeared with their characteristic dry, wooden tone, revealing a diverse palette of nuances. In spite of the pronounced transparency and broad stage, the performance of the duo showed no signs of artificial brilliance or exaggerated orientation towards the front. Quite the contrary, its performances were distinctly natural and „untechnical“. Excellent!

Plug back into something else? What for? These with competence, love and perfection developed and produced amps make not only retrophiles happy. It is wonderful that they still exist – or rather again!

Retro on the outside, tubes on the inside – the CL-38uC is the current version of Luxman's series which visually and technically reminds of the Osaka-based company's classics and which was first launched in 2011. In terms of sound, however, the Pre, which is enclosed in a wooden cabinet, is fully up to date. Whether from high-level sources or via the excellent phono MM/MC input, the remote-controlled preamplifier impresses with its plasticity, speed and pronounced homogeneity, which uniquely preserves the naturalness of the sound images. 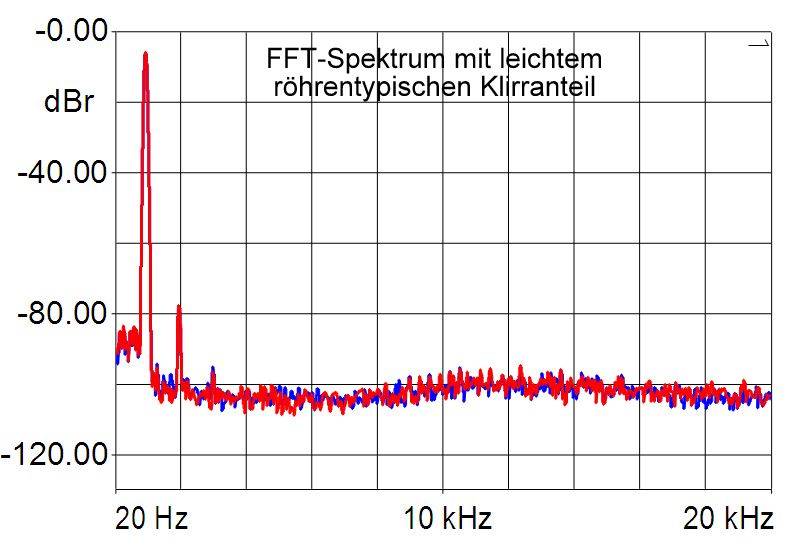 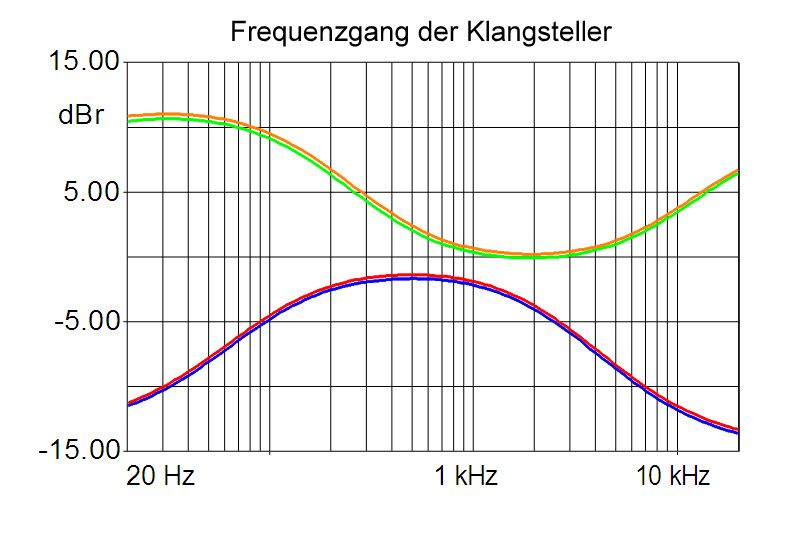 If one didn't, this was a tube preamplifier, it would be very hard to tell from the measurement data. Among them, extremely low distortion is coupled with high signal-to-noise ratios even in the phono-MC sector. First class!

Successful adaptation of the Luxman classic from the end of the sixties with carefully adapted optics and comprehensively optimised technology in a very clean, reliable design. Amazingly gripping bass range with the lively, fresh and three-dimensional sound and a slight tube-touch coming on top of that. On loudspeakers with good efficiency, the tube amp makes a big impact and does not need to hide even from much stronger transistor colleagues. 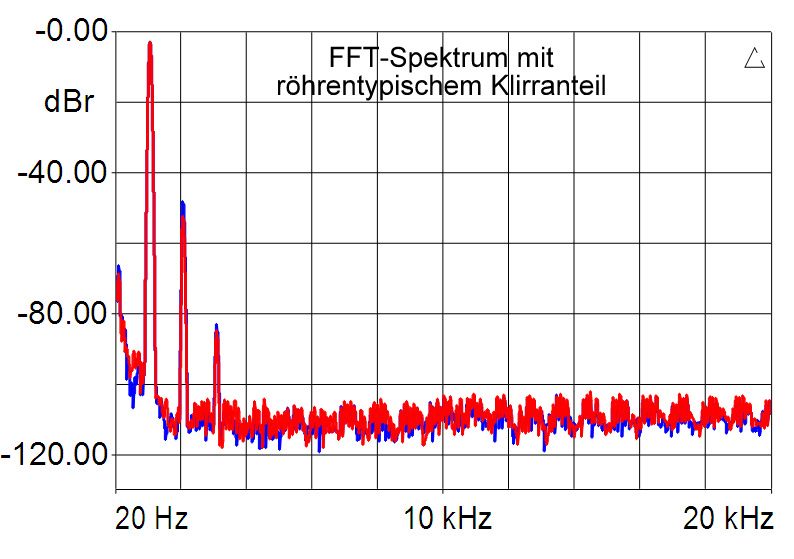 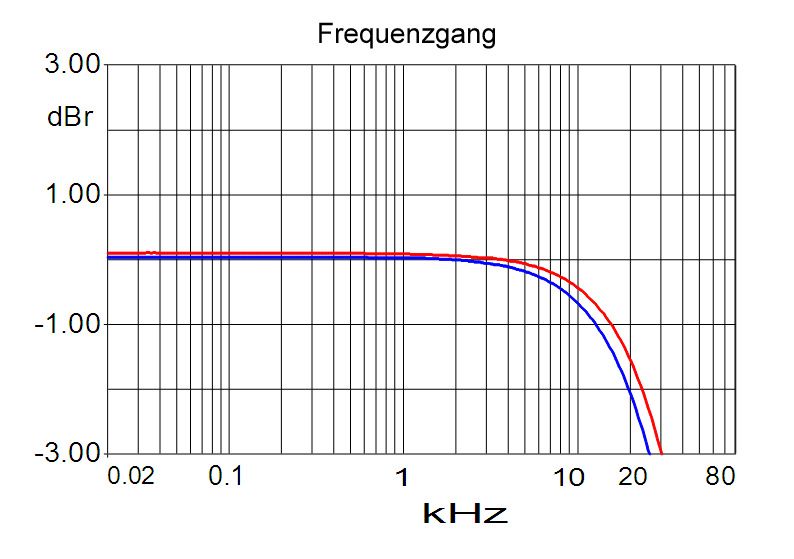 The Retro-Duo and its Family

In spite of the excellent performance of this tube preamp/amplifier: the “Luxmen” of course also have other hot amps. We were interested to see how the double from CL-38uC/MQ-88uC would perform against the LX-380 integrated amplifier, which also comes from the Japanese retro series (left). After all, there as well four KT-88 from JJ are employed and the 1900 Euro cheaper integrated even uses Luxman‘s progressive „LECUA“ volume control, while in the CL-38uC a conventional potentiometer adjusts the level.

However, in older days there was, of course, no LECUA, which makes the Retro-Pre seem more authentic, while, moreover, the LX-380‘s could not surpass the pre-/power amp combination. It is great, no question, sounds as homogeneous as lively, but the more expensive duo sounded clearer and even more vivid in the lower registers, developed the more expansive and “real” three-dimensionality and provided more brilliant trebles. It also succeeded in structuring the sound images a little better. It is, thus, absolutely worth the required surcharge.

Luxman‘s new top integrated amplifier LX-509X is in every respect on a whole other level from the LX-380: the 30-kilo giant effortlessly provides impulse powers of up to 270 watts with minimal distortion from the power amp’s transistors. At a price of 9990 Euro it costs even one thousand more than CL-38uC and MQ-88uC together. Nevertheless, it is absolutely not obvious that owners of the tube duo would gladly exchange it for the big integrated. On the contrary!

At high volumes, the power house – unsurprisingly – had the edge. However, tube listeners are usually connoisseurs for whom mere “power” has a subordinate role. The transistor amp always played very smoothly, neutrally and pleasantly at “normal” – but in no way hesitant – levels, while the tube double was more focused on charm and character. It thus not only seemed more real, but also brought the music’s emotional aspects closer to the listener. In this area, the LX-509X‘s perfectionist noblesse seemed almost distant, gave less access to the music. An accomplishment that CL-38uC/MQ-88uC, on the other hand, succeeded in with casual ease, hence emphasizing its independence.