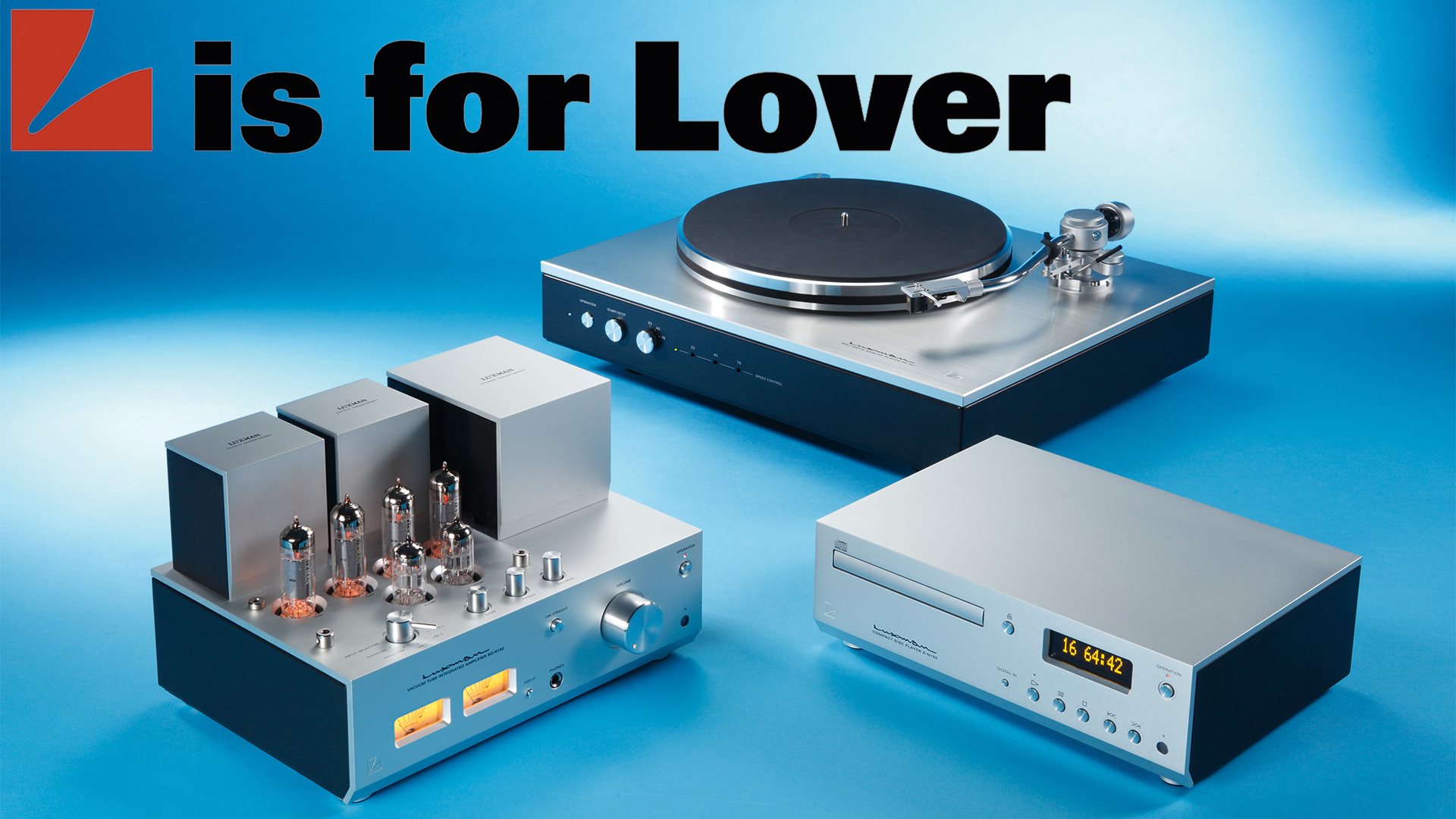 It is an audiophile declaration of love en miniature: Luxman's new 150-series player/amp combination. Together with the PD-151 turntable, this is an enchanting package.

Do you remember the title of Al Jarreau's '86 hit album? One could hardly describe Luxman's relationship to their profession more beautifully and accurately, as the stylized "L"-logo of the Japanese manufacturer has always stood for the audiophile love and passion of the oldest hi-fi manufacturer in the world. This is all the more true when it comes to tube amps that are based on famous models from Luxman's rich history of highlights.

STEREO had recently tested some of them and fell in love every time. Whether it was the LX-380 integrated amplifier or the CL-38uC/MQ-88uC preamplifier/power amplifier combination – they were always highly musical, extremely finely crafted treasures that appealed to many senses at the same time and that must already be counted among the timeless classics.

Recently, the Japanese surprised with their retro double "Neo Classico", which is sure to delight every hi-fi fan. These are two silver-coloured devices in a compact midi format of just 30 centimetres in width; namely the SQ-N150 tube amplifier and the combined CD player/DAC D-N150.

What may at first look a bit like toys in the style of a refined to the last detail model railway –especially due to their modest dimensions including the almost cute, miniaturised controls – are in fact ambitious components designed and manufactured with practically no compromises compared to their big brothers, which is also underlined by their prices of 3490 and 2990 Euros respectively.

Owing to our experiences with Luxman's "Heritage Series" we couldn't resist the almost cute couple and invited them for a closer examination. And additionally, we also got us a new PD-151 turntable, which is intended to continue the tradition of Luxman's noble PD-171A and costs a whopping 4500 Euro without pickup. He's certainly got what it takes.

But let's first take a closer look at the cute Neo Classicos with their thick aluminum walls. How serious are the Japanese themselves about their small artists? Their natural habitat should not only be the living room but also the bedroom and their appearance is deliberately trimmed to be "stylish and nostalgic". Is the mini-duo in the end only meant as a lifestyle gimmick?

Essence of the Big Brothers

A closer look reveals that these worries are entirely unfounded and rather indicates the intention to extract the advantages of Luxman's full-blown retro devices and to present them in a miniature form. For all those who might already own one of these and are now – because they just can't get enough of it – looking for a smaller set for an adjoining room or their weekend cottage the "minis" are ideal. Of course they don't even come close to the big brothers, but they absolutely convey the same benefits just in a condensed way.

This is exactly what I thought while connecting the integrated amplifier, with the LS cable contacts seeming almost too ample for the mini-terminals of the SQ-N150. In addition to its three high level inputs, there is a phono input for a turntable with MM or MC pickup. They are selected via a handy switch on the top of the amp. There are even bridgeable controls for bass, treble and balance. The volume knob is located on the front panel, as is the headphone jack. As soon as a plug is inserted there, the Luxman switches off the speakers. There are said to be people who prefer to use an SQ-N150 as a nice headphone amp.

In this case, the phalanx of the four EL84 power tubes together with the two ECC83s connected upstream – all quality tubes from the Slovakian supplier JJ – actually seem somewhat oversized. With regard to normal loudspeakers, however, they require careful selection. The bonsai amplifier is not a joy to use with inefficient or impedance-critical speakers. With Sonus Faber's efficient (92 dB!) and good-natured Sonetto III, however, the eleven-watt dwarf flourished.

The fact that the needles of the two meters – whose yellowish lighting can be switched off – swing far to the right even at medium levels should not unsettle you. The Luxman still remains far away from its limits. The effect is due to the strong spread in the display of the power range.

If you listen to the SQ-N150 under practical conditions, you'll forget any associations with a lifestyle hi-fi "toy". This is because the tube amp, which was designed by developers, some of whom have been with Luxman for 40 years or more, including the three transformers manufactured in-house for the mains supply, conjured up a sweeping, deeply staggered and neatly arranged spatial spectrum between and around the speakers with Maria Pihl's "Malvina". Even in the title's opulent, full and contoured bass the tube amp showed hardly any restraint, so that Pihl sang in a relaxed manner over a stable foundation.

That's all well and good, but the SQ-N150's biggest advantage is its shimmering, glittering overtone range that still doesn't ever seem nervous. Delicate, barely perceptible articulation noises are just as audible as minimal changes in the play of colours. That is very appealing and gives the impression of virile liveliness as well as captivating immediacy – and makes the reproduction easy, carefree and translucent. If you want the ironclad conciseness of an oil painting, you have to look elsewhere. Luxman's small tube paints in watercolor, and though it traces some edges with thin black strokes it always remains lucid and weightless in its habitus.

Player is a "real" Luxman

The CD player, on the other hand, does not develop such a distinctive character but fits in with the neutral to velvety-sonorous style of other Luxman players. This is hardly surprising when you know that the D-N150 has the same disc drive as the D-380 and shares the same D/A converter chip PCM5102A from Texas Instruments as its big role model. Thus, the sound of the Luxman player impresses with clarity and definition, which enhances the fine-dynamic qualities of the amp without making the performance tip into the superficial or analytical. The D-N150 is a first-class component that fits into any high-quality system.

Not least because of its flexibility. Due to its digital inputs, whereby the USB interface even relies on the innovative "Bulk Pet Transfer" instead of the usual asynchronous data transfer, which is supposed to reduce the computing load of the DAC, the D-N150 can be used in multiple ways. In addition to CDs, we've fed it with files in a wide variety of formats, whereby in PCM almost everything is possible, while DSD isn't supported at all. In this process it demonstrated its ability to meticulously unravel and transfer the richness of detail and brilliance of corresponding high-bit files. It's good that the nuanced tube amp can easily keep up.

Latter presented another strong point in the form of its phono stage, which is similar to that of Luxman's top amp, the L-509X. It perfectly fits the new PD-151, which leaves the consistent "minimalism" of the Neo Classicos behind. That's why the full-grown turntable, whose S-tone arm comes from Nippon's specialist Jelco, has to be judged without any restrictions.

And it withstands even the most critical view. A striking feature are the three small openings in the front, which give access to the potentiometers for fine adjustment of the three speeds. Yes: in addition to 33.33 and 45, the PD-151 also offers 78 rpm. Thanks to the quick-change system for the headshell, you can have a system carrier with a cartridge for shellacs ready and install it in no time.

We chose the Hana ML Moving Coil, which costs about 1150 Euros and is a perfect match for the Luxman turntable, both in terms of sound and mechanics. The Luxman proved its class for example with James Taylor's brilliant "Her Town Too", in which filigree tonal webs of sound float above a powerful, pulsating bass, by playing exceptionally stable, clearly arranged, almost stoically, without sacrificing bouncing "kick" and elasticity. This was probably the result of the lavishly calm inner construction of the driver plus the solid aluminum top plate.

A trio with passion

The Luxman technicians, who have already succeeded in creating the large PD-171A, are very proud of their newcomer's DC motor, which was developed over a period of three years and keeps the four-kilo platter, which is manufactured to perfection like the entire unit, in full swing via its high-precision aluminum pulley and an external flat belt. To do this, it follows the signals generated with high precision by the control board, which is probably largely responsible for the unswerving timing.

All this resulted in untroubled listening pleasure when Anne Bisson's dreamily beautiful album "Four Seasons In Jazz" was released – as a 45 rpm direct cut as well as a derived CD. The mixed Luxman Trio played openly, freely and captivatingly. Once again one could feel how much heart and soul the Japanese put into their components, whether small or "grown-up". And with what does Luxman symbolize this audiophile love and passion most impressively? Exactly: it's with the "L".

The PD-151 easily meets the demands of vinyl gourmets. Apart from its well thought-out construction, which effectively keeps disturbances away from the record and pickup, the driven effort for the motor as well as the platter bearing are convincing. The Luxman also justifies its price by its extremely quiet running and an excellently structured sound image of high definition and smooth flow without any nervousness. Thanks to the first-class tonearm from the specialist Jelco, top cartridges come into their own.

Thanks to the fine adjustment, the speeds can be set very precisely, for which, in the absence of a stroboscope on the turntable, a suitable aid is required, such as the "STEREO adjustment and setting template", which at the same time facilitates scanner installation; extremely quiet running, very low bearing rumble, especially when using the measuring coupler.

Although this compact CD player is from Luxman's tradition-conscious "Neo Classico" series, it hardly takes on any retro elements. The device is equipped with the latest components and, thanks to its three digital inputs including USB, can serve as a high-quality playing partner up to the PCM high-bit sector. Very clean sound with a touch of sonority. The D-N150 is therefore a modern classic! 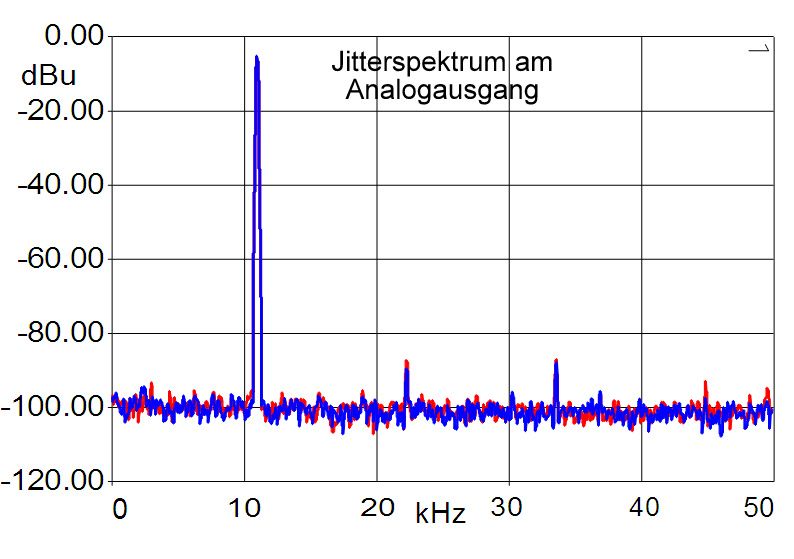 The D-N150 passed the measurements rather well. All values are very good to excellent. This also applies to the transducer section. The drive reads even slightly damaged discs without interference.

The compact tube amplifier in perfect Luxman quality is aimed at the audiophile lover of the extraordinary. Those who combine the SQ-N150, which is also convincing in the laboratory, with the matching loudspeakers will experience sound images that captivate with their distinct liveliness, excellent stage representation and expansive relaxation. The equipment including phono-MM/MC and headphone jack complete the mini tube package. 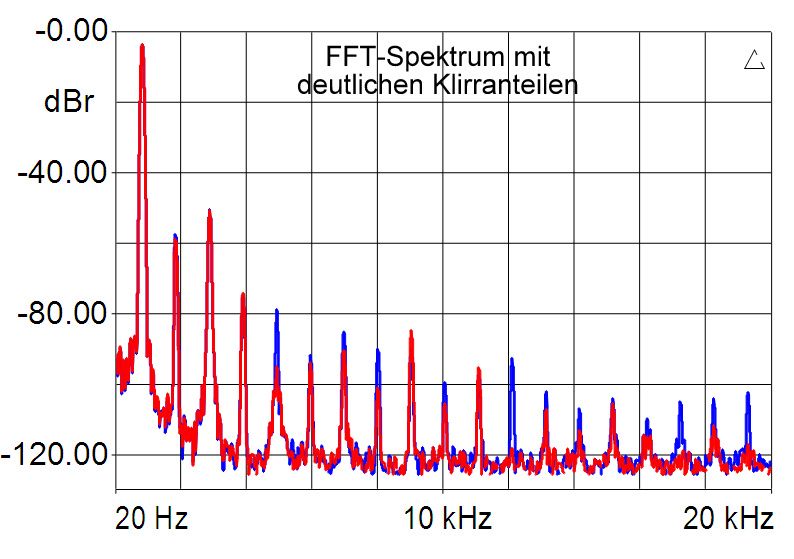