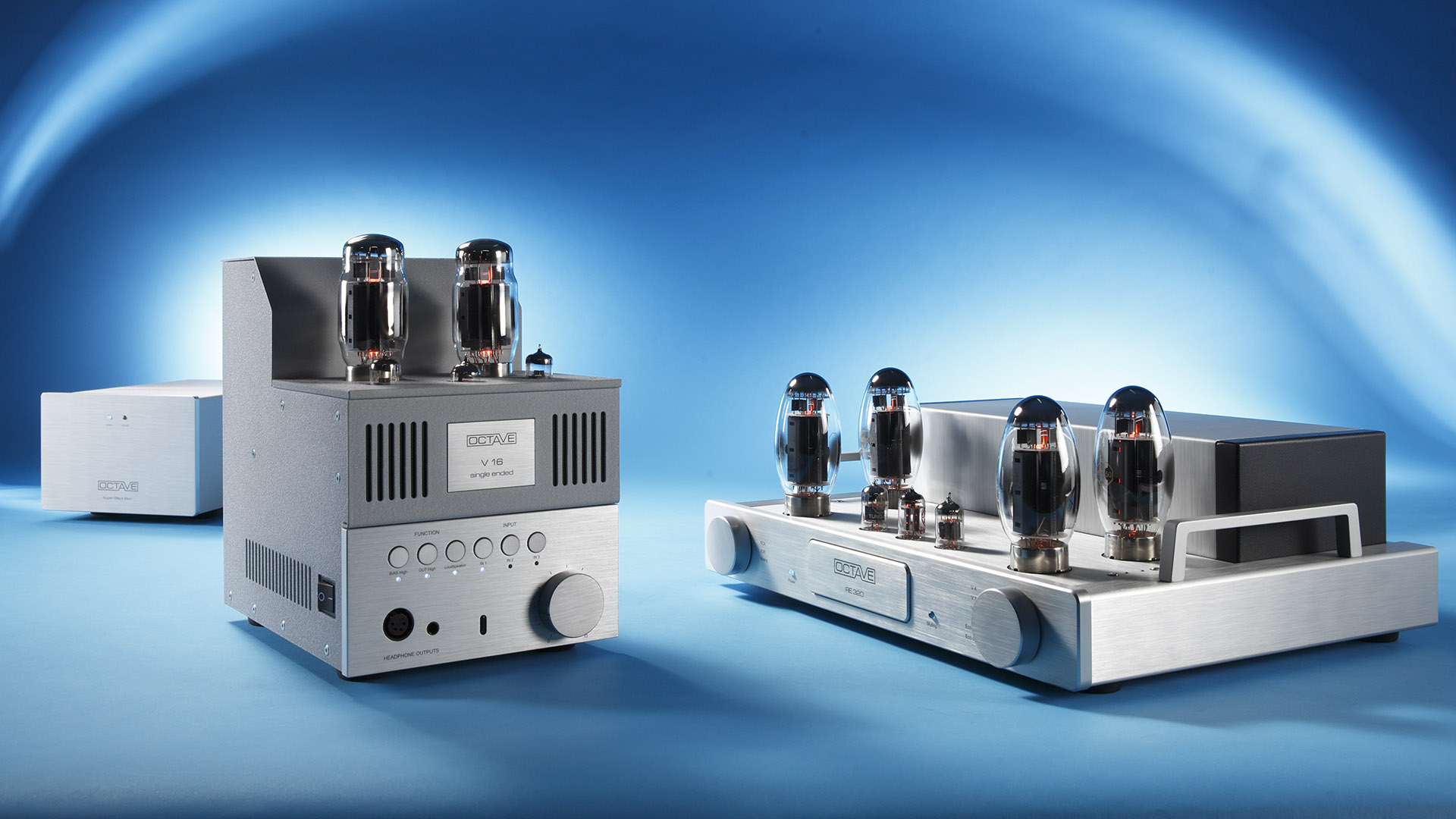 March Separately but Strike Together – The combination of Octave's integrated amplifier V16 SE (Single Ended) and the power amplifier Octave RE 320 with its Super Black Box (SBB) has truly earned its place in the STEREO listening rooms.

Finding a definition for Octave's V16 SE is not as simple as it may seem at first glance. Although the unusually tall amplifier has two KT 120 power tubes which can also be used to drive loudspeakers, its power output is so limited that choosing a suitable loudspeaker is going to take some time and careful consideration. Until a matching partner is found, it is easy to console oneself with the qualities that make the V16 an outstanding companion for high-quality dynamic and planar-magnetic headphones. On the input side a total of three sources can be connected, one of them via XLR connector, while on the output side there is also a pre-out for connecting stronger power amplifiers. A 6.3 mm jack and a 4-pin balanced socket are provided for headphones. However, no option for connecting electrostatic headphones is provided. This, according to Octave, is a whole different story ...

As their first amplifier made especially for headphones and  due to its single-ended Class A construction, the V16 takes a special position in the range of German manufacturer Octave. SE stands for a single-ended amplifier in which one tube amplifies both half-waves, i.e. always 50% of its capacity is used without amplifying a single tone. Its contrasting concept is the push-pull amplifier, where one section always amplifies one half of the oscillation at a time. I admit that at first I had a little bit of trouble to say goodbye to the usual look, but after a few months have passed, I grew to like it more and more with its clear, no-frills design.

Even Octave boss Andreas Hofmann must have had some sleepless nights when he had the idea to develop an amplifier whose design principles he had previously rejected for many reasons: low power at high distortion, limited frequency response in the high frequency range and on top of that a bass roll-off that went hand in hand with omnipresent problems of hum.

In order to turn the forefather of all tube amplifier concepts – which is about a century old at this point – into a contemporary amp that is also suitable for long term use an that could withstand Hofmann's critical view, he had to come up with a circuit that allowed the use of a transformer without an air gap, which had previously been unsuitable for single-ended concepts. The laboratory confirms Hofmann's considerations: noise ratios, freedom from hum and the wide frequency response are excellent. The cabinet design also contributes to the excellent noise reduction.

Further important points for a good amplifier are a careful design of all amplification stages as well as a very elaborate and carefully stabilized power supply in each individual stage. The icing on the cake is here the additional power supply unit "Super Black Box". It is not cheap, but once you've heard it in comparison, there's no going back. Carefully selected tubes and a subtle pinch of negative feedback are further ingredients for a tasty musical cocktail.

The operation – no sorry, wrong expression – the listening pleasure that arises when high-quality headphones are plugged into the V16 is just huge and difficult to put into words. Putting a Focal Elegia or a planar headphone like the HiFiMAN Arya on your head, you have the feeling of being transported away from the rest of the world. What noise cancelling headphones can hardly manage even with activated ANC – i.e. to leave the world behind – the Octave achieves with playful ease – even while using open-back headphones.

The secret lies in the sheer fascination that is created, drawing you into the music like a vacuum. The Octave conveys the feeling of passing sounds with extreme smoothness and at breathtaking speed to your ears at the exact moment they are put together. The ease of this spectacle is extraordinary and I have never heard it in this form before. By the way, big bands of all kinds are perfectly suited for checking these characteristics. We used the Glenn Miller Orchestra with an album released as a direct cut LP and enjoyed for example all the spontaneous ideas of the musicians and the innumerable details that were brought to light, but which always worked as a whole and never as random sprinkles in  "String of Pearls". Even the volumes achievable with the Focal Elegia and the HiFiMAN Arya were beyond the limits of reason.

When used as an integrated amplifier, this naturally looked a bit different. With a power output of around eight watts you simply can't expect very high levels with normal loudspeakers. That's why we hooked upt the Polish full range driver "Nenuphar" by Cube Audio, a loudspeaker with an even and uncritical impedance curve and extremely good efficiency. For speaker cables we not only used our "usual suspects", but also tried the thin LSC 350 cables from DNM/Reson for fine tuning, which turned out to be an exciting alternative.

The amount of different colors and homogeneity this combination possessed was immediately apparent. There was no long analysis necessary, neither was there immediate criticism here or there. This presentation had a quality and intensity that one rarely witnesses in this form and which can only be called a musical stroke of luck. Yes, it's true that neither the Octave nor the Cube Audio pass as bargains; it's also clear that neither of them will go down in the audiophile history books as great universalists. Nevertheless, they have truly earned their place in the front row of their species. The mixture of exploding joy of playing, thanks to the amazing noise-free Octave's ability to simply burst out of nowhere, and the melting and unbreakable nature of this combination became more and more amazing the longer we listened.

At the same time the Cube surprised us with its brilliant resolution up to the highest frequencies that is just great for a full range driver. After some listening sessions at various trade shows we already knew what to expect in terms of presence and unrestrained energy in the midrang. The bass was swinging and offered a powerful and clean, though not ultimate, foundation that the Octave could handle with ease at any time. The large-calibre colleagues from the Semiconductor Guild, which we used for comparison, had nothing more to offer except power, but they were the losers in terms of liveliness and rocking quality.

In a slightly modified set-up we then wanted to test the qualities of the V16 SE in other respects. We moved the Cube aside and put the DALI Epicon 6 in its place, which is not only one of our all-time favourites, but also a loudspeaker that is designed traditionally while still posing hardly any problems for the amplifier in terms of efficiency and impedance. The DALI also has its strengths in areas where the full-range loudspeaker reveals weaknesses. These include its balance over the entire frequency range, evenly low distortion from the bass through the mid-range to the frequencies reproduced by the ribbon tweeter, and its ability to reproduce even low frequencies with an emphasis that one would hardly expect from a loudspeaker of these dimensions and given its price range.

In the interaction between V16 and Epicon there were naturally some dynamic limits. These were not only noticeable at higher volumes, but always made the amplifier sound a bit strained, taking away some of its immediacy and lightness. Untouched by this remained the plasticity of the reproduction of musical events, which, despite only average channel separation, can only be described as extraordinary. Altogether, it was quickly becoming apparent that some aspects were reproduced here at such an amazingly high level. However, at the same time it turned out that this was not a well fitting combination of amplifier and speakers.

That prompted us to take the next step – to use the V16 for the needs of high and highest tones while at the same time actively supporting the low frequency ranges with the RE 320, a powerful stereo power amplifier from Octave with around 80 watts per channel. Now you might righteously ask yourself how this is supposed to work, as the different amplifiers are certainly going to deliver different levels to the speakers – and you would be perfectly right. To solve this problem Octave has supplied us with a small level control with a very neat potentiometer and a fixed connection cable to the power amplifier. The signal now flows from the preamplifier output of the V16 into the level control and from there, individually adjustable in volume, into the power amplifier.

Now controlled by both Octaves, we experienced a pleasant surprise with the DALI Epicon 6. There was no trace of effort any more. Even heavy rock songs like "The Stroke" by Billy Squier were now crisp, powerful and dynamic, while at the same time the sometimes biting trebles showed themselves with all their pastel shades. Aggression became resolution.

Lyn Stanley's latest opus also found its way into the drawer of the T+A 3100 player. What the American diva has achieved here live in Bernie Grundman's studio with her top-class band "The Jazz Mavericks" is without doubt one of the most spectacular recordings made recently. Here the Octave team can once again put all their abundant skills to work and delight the audience.

A brilliant headphone amplifier, whose only shortcoming is its lack of a connection for electrostatic models like Stax. On loudspeakers with high efficiency also an outstanding integrated amplifier. Exquisite workmanship. 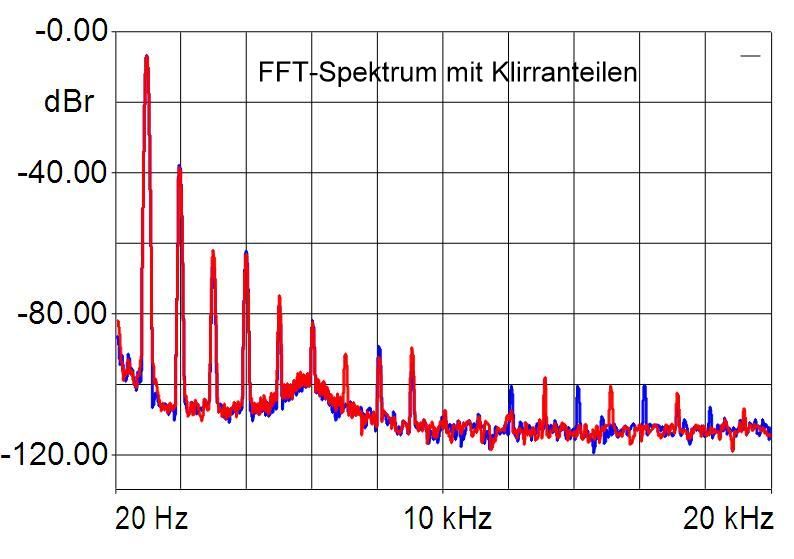 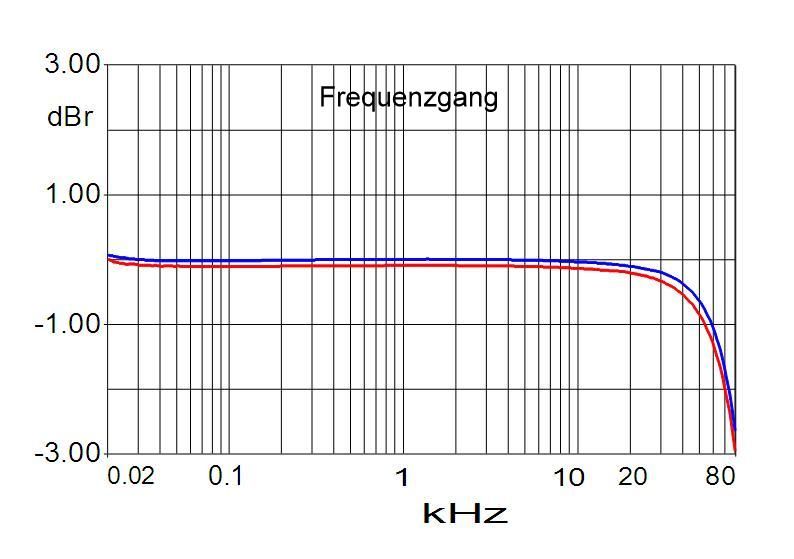 This extraordinary tube power amplifier from German manufacturer Octave features great performance, stability, operational reliability and the possibility to use and precisely adjust different types of tubes, making it rather unique. The refined sound comes on top of that. 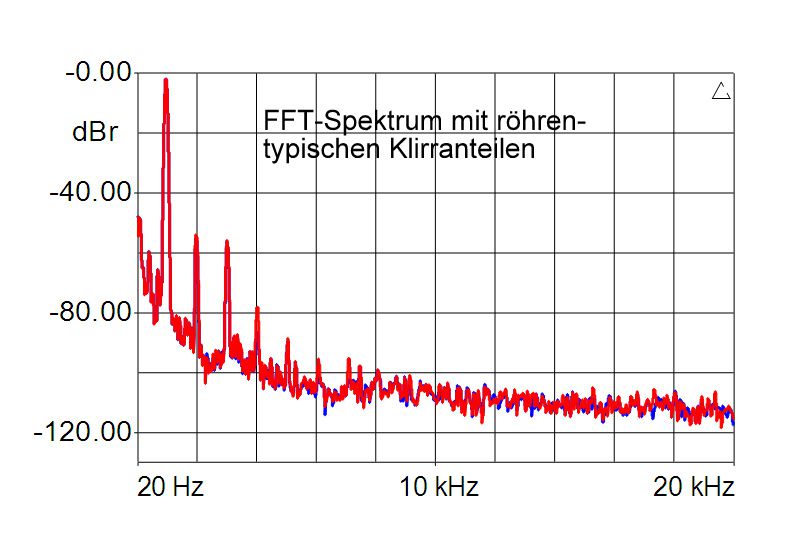 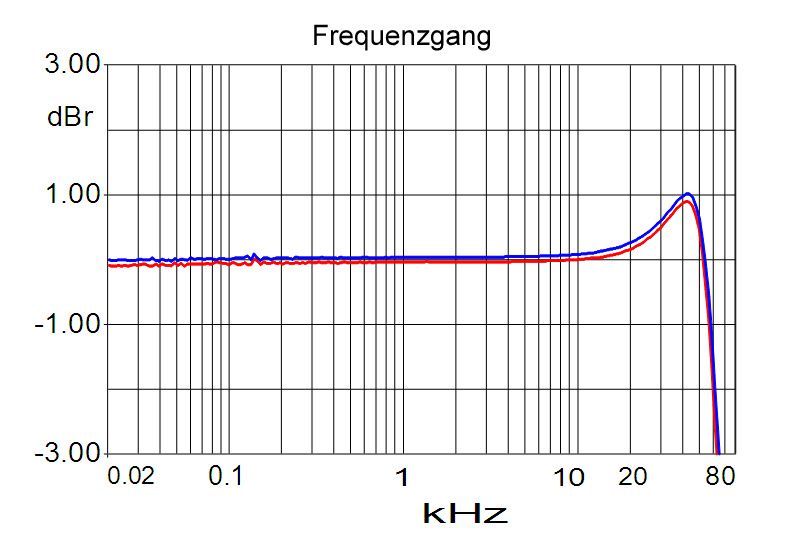 Billy Squier – Don't say No: A rock classic of high quality that hasn't aged badly to this day.