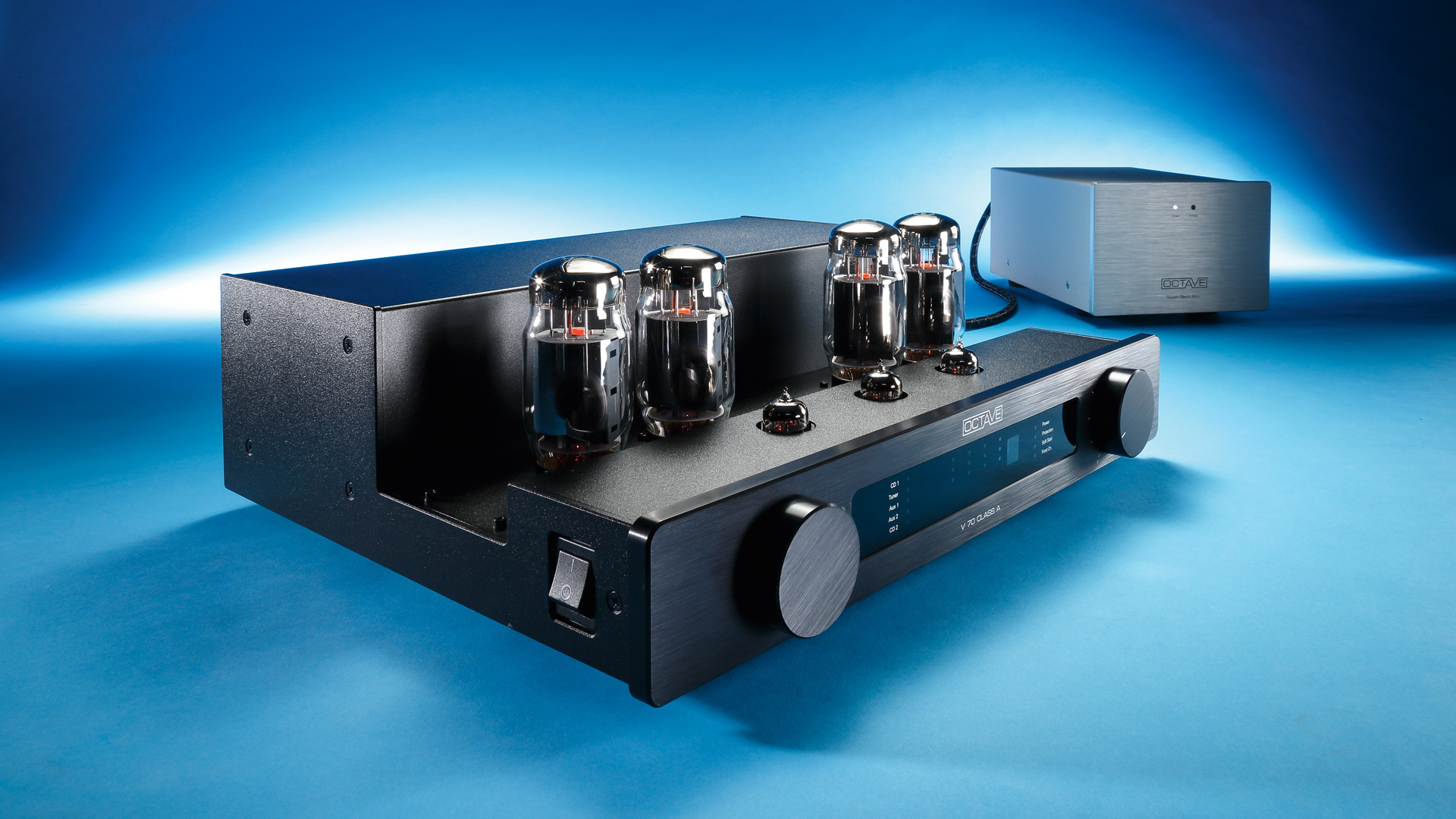 The new Class A – In the field of tube amplifiers, innovations are rather rare. This makes the creativity of new concepts coming from Octave all the more remarkable. The latest example is the V70 Class A integrated amplifier featuring a new type of Class A circuitry.

Anyone who finds themselves exposed to the dry humor of Octave boss and mastermind Andreas Hofmann for the first time won‘t be ready for it – especially if not warned beforehand. It is likely that you‘d be stunned at first by the mixture of short, dry verbal jabs and thoughtfully delivered oral punches. But don‘t worry, Hofmann is not a vicious cynic who aims to hurt or rant. The knowledge he has acquired over many years of developing tube amplifiers, and the worldwide recognition that comes with it, have however given him the healthy self-confidence to put his own work into the limelight when compared to the competition. This also entails him taking a small dig or two at the activities of his colleagues.

In his latest integrated amplifier creation, he set himself a goal: squeezing a considerable amount of power out of a comparatively compact device without ever having to leave the Class A range. This technology is generally regarded as beneficial to the sound due to its low crossover distortions, especially in the midrange. In the traditional Class A configuration, a large part of the energy is converted into heat. Only a fraction of a few percent of the power is available for driving the speakers connected to the amp. Dynamic restrictions on many speakers also go hand in hand with this.

In the past, generations of developers have received more than a few bruises when trying to combine the sound of Class A with higher energy efficiency. We were regularly met with confident announcements, especially from Japan, that the puzzle was finally solved and that the best possible sound was found, without wasting much energy. Marketing departments came up with names such as Class AA, Super A and similar vocabulary. Phrases that soon proved to be wrong, however, because the sound of the devices lagged far behind the promises.

Let‘s get back to the Octave, however. The power supply always serves as the foundation of a good amplifier. We didn‘t want to make any compromises with the standards of the V70 Class A. Therefore, we operated it almost exclusively with the external power supply SBB, which costs an additional 2500 euros – making us reach around 11,000 euros, without the optional phono module.

What does the music enthusiast get in return, though? Apart from the novel Class A circuit, which we will deal with in more detail later, of course, you get strictly selected tubes, for example.

Our test device was factory-equipped with four KT120 tubes – currently very popular due to their high power. All of them were checked and measured by Octave, using a tube measuring device developed in-house. Among other things, the amplification factor and microphonics are tested therein. The southern German company however also pays attention to optical uniformity.

Further equipment is also constantly in use, from various 4-channel oscilloscopes to a total of five audio precision measuring stations. This ensures that each device is identical to the next one. Fluctuations in product series‘ or even one-off faulty devices are unknown to Hofmann.

In a conversation with us, the Octave boss reveals that around 30% of all Alps potentiometers delivered go straight to the recycling bin because they do not meet his requirements, for example in terms of channel synchronization. It is obvious that the rejected parts and the time required for selection increase the price.

Of course, that was not the whole list of expensive things Hofmann put into his devices. Just look at the market and try to find a tube amplifier that is immune to short circuits or that can safely run without any speakers connected to it for example. Quite hard, isn‘t it?

Octave has also made an interesting discovery concerning one other aspect. Many power tubes die long before transformers or transducers reach their so-called saturation. But don‘t you worry, precautions have been taken to prevent this, as well.

To present his device, Hofmann visited our editorial office, giving us the opportunity for a detailed conversation. Therein, we also talked about the goals and background of the developement process, as well as the knowledge that was gained until the V 70 Class A was ready for serial production. Hofmann also revealed that it had inherited some of the DNA from the legendary 300B reference power amplifier. The topic of "avoiding phase shifts" was at the top of the list. His primary goal, however, was to gain more power from the integrated amplifier than is generally possible in Class A operation. The way to achieve this is called

Usually, the quiescent current of a Class AB amplifier loses its stability at high output levels or if the connected loudspeakers have low impedances. This instability limits the sonic and dynamic characteristics of the power amplifier. The circuit devised by Hofmann controls the Class A quiescent current and readjusts the operating point if necessary. Thus, it combines the tonal purity of Class A with the dynamics and performance of push-pull A/B technology. This stems from the fact that impulses are reproduced in an unrestrained way, as promised by Hofmann.

During our first listening experiments, it soon became apparent that the new circuit brought differences in the sound of loudspeakers more clearly to light than we were used to with the V80. We quickly set out to verify the statements and immediately dragged the amp into the listening room.

After a proper warm-up phase, we went for a drive on the "Autobahn". Via the V 70 Class A, the "Kraftwerk" classic enchanted us with its airy, spherical sound and its crisp and precise reproduction of impulses. The sounds literally sparkled through our room, the bass came across very contoured. The Octave also proves all those wrong who think that a high damping factor in the amplifier is required for control in the bass range, by the way.

We combined the V 70 with the mostly rather sober Audio Physic speakers. Almost paradoxically, they then seemed akin to the name of the renowned german band, like an emotional "power plant". Despite all the spherical spatial imaging, the focused reproduction of voices did not fall behind. About nine minutes into the song, deep synthetic basses are pushed into the room; but they are way more than diaphragm-shattering noise. The entire experience is alive and breathes. Transients are reproduced very accurately, yet realistically and sensitively.

Bob Dylan presented a highly praised new album with "Rough and Rowdy Ways". On "Contain Multitudes", the vocals, mostly spoken word, sound so intense over the Octave that one almost feels like participating in a direct dialogue with the legend. The lightness of the reproduction is simply impressive.

Listening to "False Prophet", you will instantly be captivated. Neil Young is usually considered the "Angry Old Man" of the rock world – but at least in this song, Dylan demonstrates himself as equal in his wrath. Meanwhile, the effortlessness of the playback was fascinating – the performance seemed to be delivered with such an incredible ease. Even at rather indecent levels of volume, nothing changed about this fact.

Trumpets can be a rather exhausting instrument. Not only die-hard Miles Davis fans know that. However, what unfolded in our listening room on "Somethin‘ Else", alternating with Cannonball Adderley on saxophone, was the complete opposite of exhausting, to put it simply. "Autumn Leaves" was full of energy and passion, with the finest dynamic gradations on the very highest level; the two exceptional artists were performing in perfect interplay with each other until Hank Jones was allowed to chime in with his part on the piano. Everything has swing, lives and makes you want more. Can a more positive thing be said about a device?

In developing the Octave V 70 Class A, Hofmann had the goal of merging Class A sound with the performance of an AB circuit. After this performance, it is beyond any form of doubt that he has achieved his objective. He and his new amp easily managed the balancing act between a sovereign sonic performance and having sufficient power for almost all applications.

Classical design, revolutionary technology. Octave impresses with an integrated amplifier that sounds as powerful as elegant. The workmanship is of high quality, the equipment useful. Powerful enough for the vast majority of speakers. 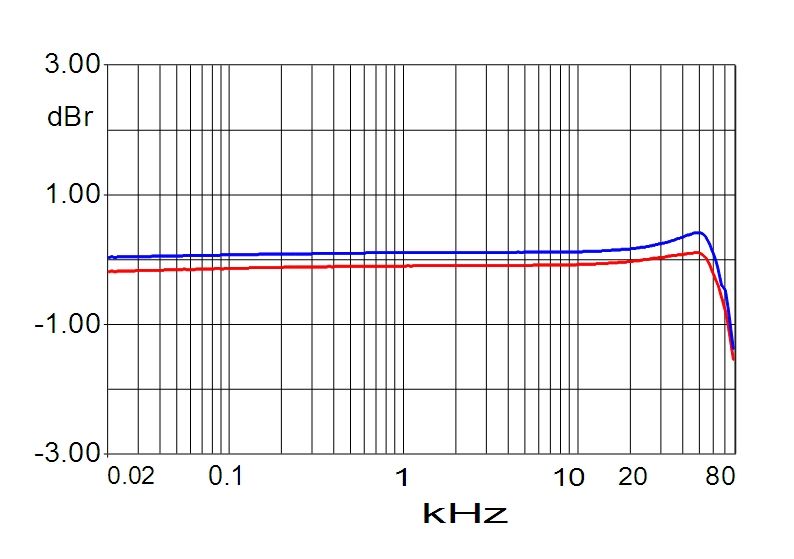 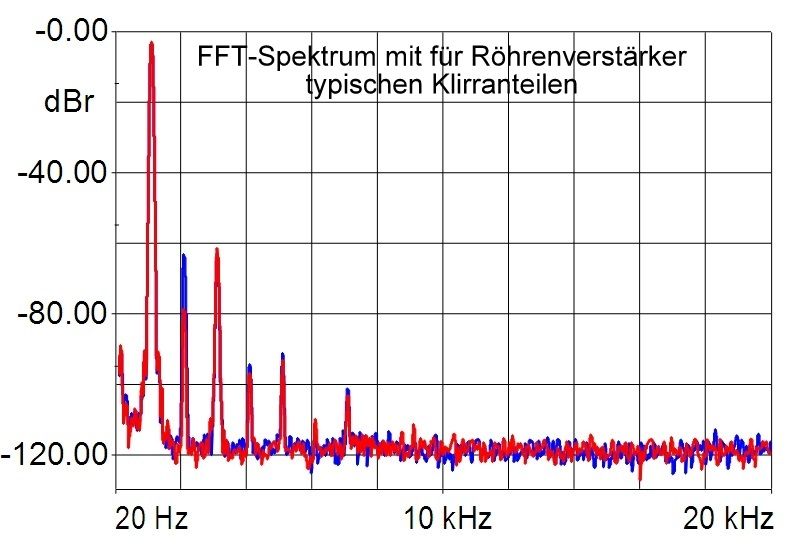 Extremely low distortions and very high bandwidth are mixed with moderate values for channel separation and damping factor. Surprising: The high power specified for Class A operation is also achieved in reality.

The Nobel Prize winner in a great shape once again. Not only for fans and collectors. 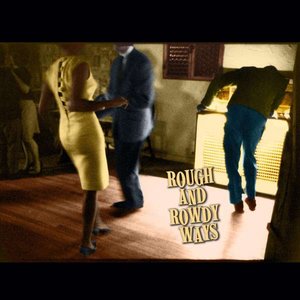