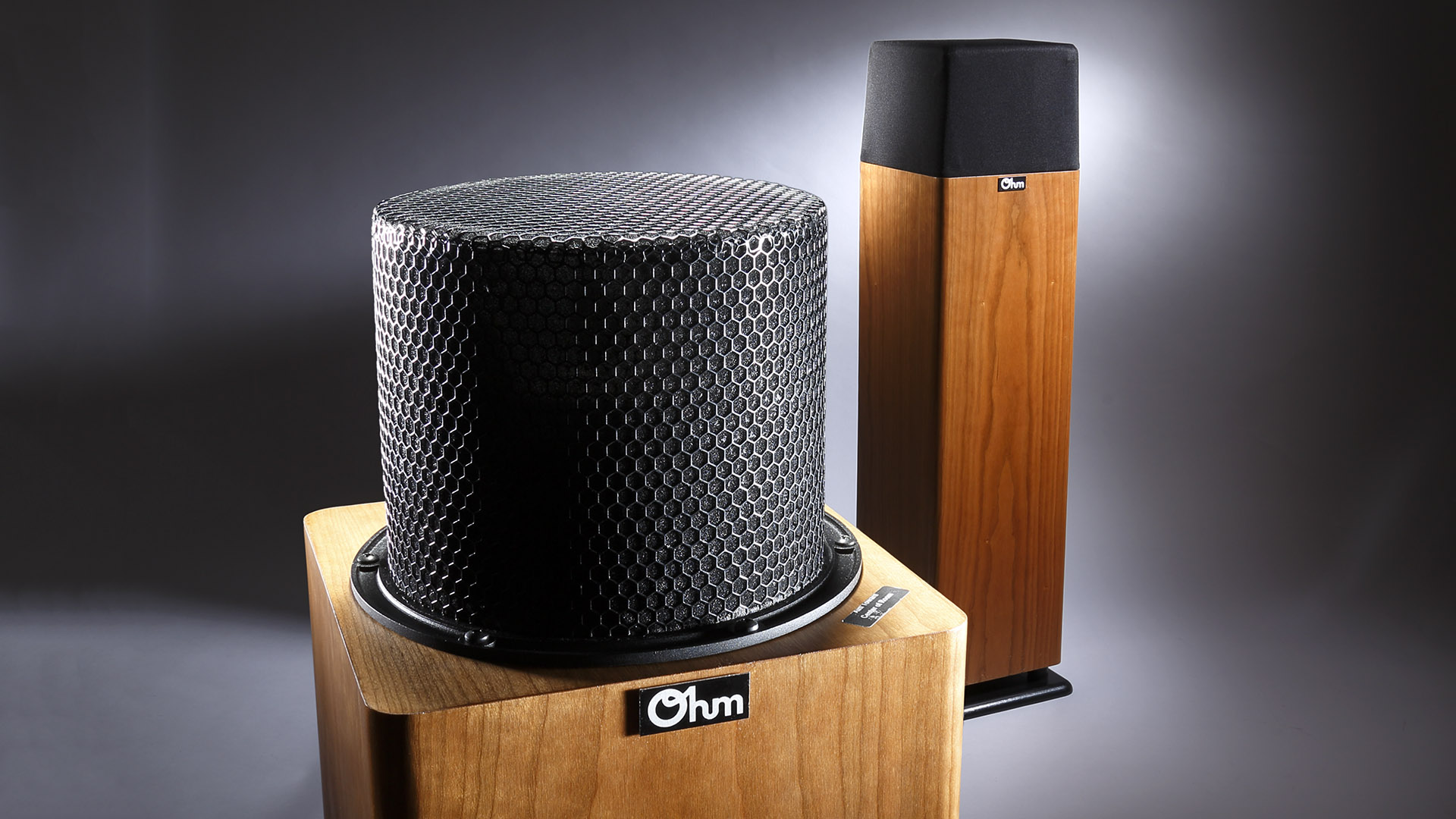 The Legacy of Mr. Walsh – Almost 50 years after the debut of the famous Ohm F omnidirectional speaker, a modern successor finds its way into our office – the Ohm AE 2000.

No one can deny the legendary status the omnidirectional speaker Ohm F carries. This icon of loudspeaker history has stirred up far too much dust since its first debut in 1972 for that. Unfortunately too late for the man who did the basic development and calculations for this groundbreaking loudspeaker, Lincoln Walsh. He sadly already passed away one year before the first model built according to his ideas was unveiled.

The CLS driver of the speakers visually somewhat resembles familiar traffic cones and is often called the Walsh driver after its inventor. It not only looks completely distinct when compared to conventional speakers, it also works completely differently.  Following Lincoln Walsh‘s idea, this "Coherent Line Source" driver is supposed to be characterized by high impulse accuracy as well as a broad frequency range, even down to the bass range.

In addition, it aims to offer very even radiation, which aims to enable full listening pleasure even outside the so-called sweet spot. According to the manufacturer, tightly anchoring yourself to the exact center of your sofa is therefore unnecessary here. To extend the low bass reproduction a bit further, the speaker also carries a bass port radiating downwards at a defined distance.

In order to be able to deliver optimal results in the highs as well, a super tweeter has been part of the setup since 1982. It is supposed to further improve the resolution and clearly perfect the spatial reproduction, especially in conjunction with less than optimal exterior conditions.

The super tweeter goes to work at frequencies above 8000 hertz and is limited downwards by a 1st order crossover with a slope of six decibels per octave. This tweeter carries a damped fabric dome membrane with a liquid-cooled neodymium magnet and is permanently attached to the top of the inverted driver‘s motor. The wavefronts of the main loudspeaker as well as of the super tweeter are identical in time and phase throughout the room.

By thus using only one driver for almost the entire frequency range, a classic crossover is unnecessary. Thanks to that, the Ohm AE 2000 is said to perform excellently both in terms of tonality and temporal behavior as well as play absolutely seamlessly.

If you are wondering whether the sound of an omnidirectional loudspeaker might be extremely dependent on their placement, we can offer you relief in many respects. Just like other speakers, the Ohm is certainly happy when there is no massive cabinet wall between the speakers and you don‘t squeeze them into the corners of the room.

Beyond that, however, they are surprisingly insensitive when it comes to distance between the speakers. They also don‘t demand too much air towards the rear wall; at just under half a meter, the sound already separates itself very nicely from the speakers, and the bass sounds powerful while still crisp and clean.

The enormous power demand of the speakers, which could bring even powerful amplifiers at least to the edge of collapsing, was also a topic once. This aspect was tamed and today moves in a completely normal range, which hardly lets a reasonably powerful amplifier flinch with respect.

Let‘s also briefly talk about the optical factor and its design choices: The models here are made in Germany by a carpenter in almost any veneer or finish you want; only the drive unit including the super tweeter are shipped directly from Brooklyn, New York.

Cooperating with a carpentry workshop also opens up more possibilities for the German distributor Matthias Ertel, a physicist by profession. Such as responding to special requests in the design of the housing. Almost anything that customers could think of on the subject of looks is thus possible here.

The additional costs for this are not completely insignificant, though – but almost modest compared to what many manufacturers charge only for other veneers or lacquers. The workmanship leaves a good impression; it is however up to the you to decide whether the cover, which is neatly flush with the edges of the housing, is a feast for the eyes.

But let‘s get to the 2000‘s sound, which is absolutely worth talking about. What this compact floorstanding speaker from the New York manufacturer conjured up in terms of soundstage in our listening room was quite amazing, after some minor rearranging. That entailed the speakers standing a good 2.5 meters apart, with a similar listening distance and a wall distance of about 60 centimeters.

Only the otherwise obligatory large rack from Creaktiv was not in the middle between the speakers, but moved to the side. The amount of air present around the instruments and voices with which the Ohm displayed the music was impressive from the first moment onwards.

No matter if it was Mozart‘s "Magic Flute", stadium concerts with many-headed choirs from the audience as found in Bruce Springsteen‘s "Hungry Heart", or intimate music such as Kari Bremnes or live recordings of Ella Fitzgerald and Billie Holiday – the generous and at the same time open sound image, structured right down to the lower registers, captivated the auditorium.

What was also very noticeable was that the sound did not dissipate when moving closer to the speakers. The sound image remained closed and uniform. The distance to the sides was also uncritical, the localization remained stable and did not change off-axis – a great advantage of the omnidirectional speaker concept. The confidence with which the compact Speaker performed in the low frequency range was also impressive.

The cabinet, which contains multiple bracings, the special dispersion shape and the downward firing reflex port pay off positively here. Therefore, it could indeed be that the Ohm performs particularly well where conventional speakers struggle and can emerge as a troubleshooter there.

Are you asking yourself whether a loudspeaker such as the Ohm can compete with classic concepts in terms of naturalness of voices and acoustic instruments? Time for more relief. The Americans‘ idea of integrating the loudspeakers into the existing room acoustically – instead of adapting the room to the loudspeakers, as is usually the case – is evidently paying off.

At most, the AE 2000 may – very seldom – lack a little resolution when getting to the finest of details and the aspect of monitoresque definition in a few sections. What the American-German co-production does in regards to voices and acoustic instruments, however, always remains very close to reality. Tests with footage from Johnny Cash to Frank Sinatra to Patricia Barber as well as from Fritz Wunderlich to Maria Callas – for the field of classical music – impressively demonstrated that.

Timbres of single instruments and instrument groups, as found in abundance in the Romantic or Baroque musical periods, were impressively painted with a broad brush as well as delivered with power. Differences in size and in tonal colors between the viola in Telemann‘s "Viola Concertos" on the one hand and cellos, for example from Bernhard Romberg‘s cello concertos on the other hand, were always unequivocally discernible.

A completely different aspect: the dynamic range of the Ohm, which used to be very limited previously. Now, it has given way to a pleasingly wide spectrum ranging between very quiet and properly loud.

Even fans of modern dancefloor music will almost certainly get their money‘s worth with that, especially in conjunction with the powerful bass foundation. The "Remixes" of the legendary German electro band Kraftwerk, for example, inevitably made the legs of our editorial team move, even despite their notorious aversion to dancing.

The concept behind the Ohm AE 2000 can thus be described as absolutely contemporary in terms of sound. The extravagant approach turns out to be less on the quirky side, but rather practical in everyday use.

There are speakers that may be more modern in terms of aesthetics. There are competitors that offer more bass, higher maximum level and greater resolution. But the AE 2000 holds its own thanks to its unique design as well as its customizability in veneer, finish and even shape. Its uncritical positionability in the room, its ability to convey the full sound image and even the room ambience off-axis, and its balance in all aspects relevant for the music also come on top of that.

The main drawback – an issue also encountered by some other unusual but absolutely intriguing products when offered here in Germany – is the lack of a wide-ranging dealer network here.

On the one hand, you have no local contact person with experience and competence due to that. On the other hand, of course, there is no real opportunity for comparisons to other products. And even if you are interested in the speakers, you might not be willing to drive several hundred kilometers for a listening test.

Retailers – just like other small manufacturers or distriburs – find themselves in a dilemma. The demand for such special products is somewhat limited, due to a lack of popularity and familiarity, but the accompanying monetary commitment is not insignificant, especially if you also want to have several models of a speaker concept like the Ohm on display. Nevertheless: The Ohm embodies a successful and exciting concept, for which one can sincerely wish a rise in popularity.

An unusual, yet practical approach skillfully realized at a down-to-earth price. The Ohm‘s omnidirectional concept does not lock the listener into one seating position. A pleasing alternative to have on the market. 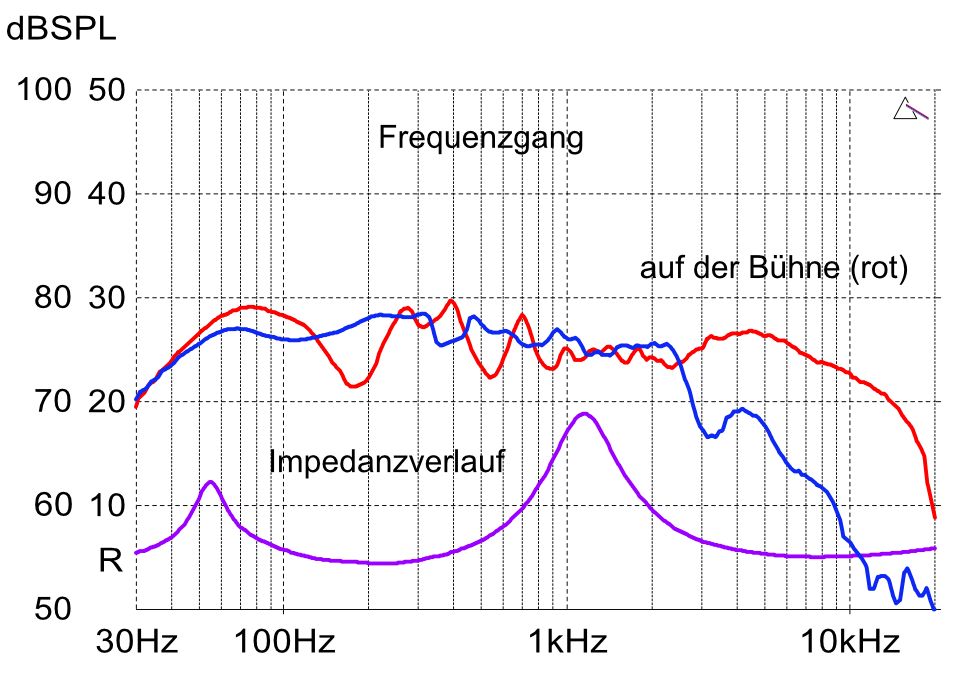 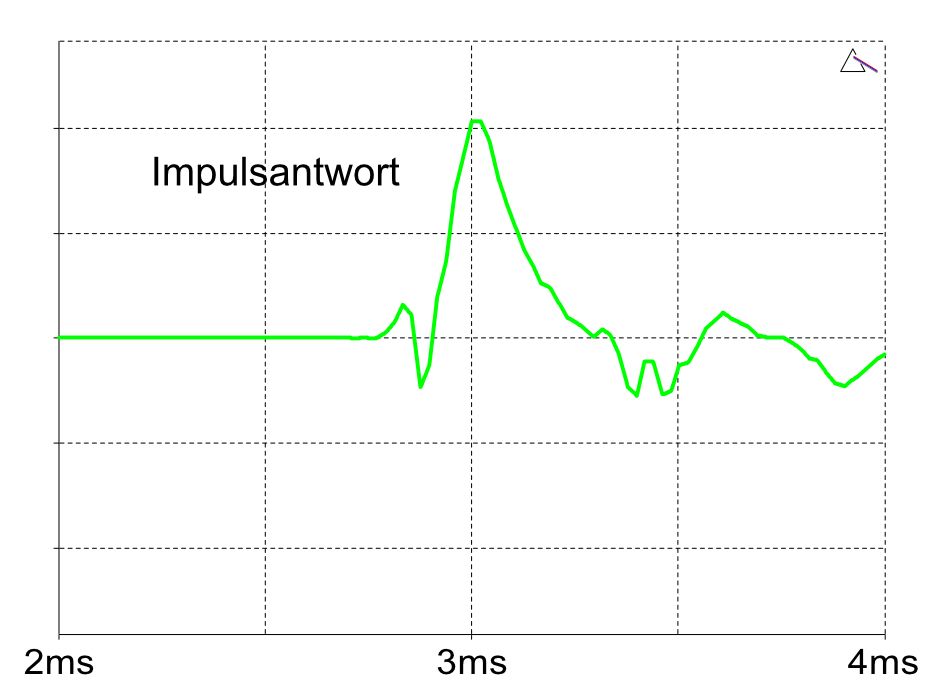 Frequency response and efficiency measured much worse than they are in practical use, because only the direct sound was measured; distortion low, impulse response still ok.

The viola, stepchild in the string instrument family, steps into the spotlight here. 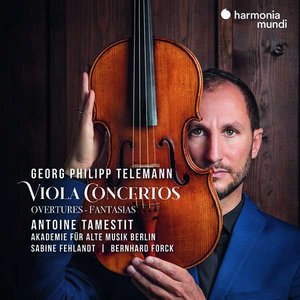 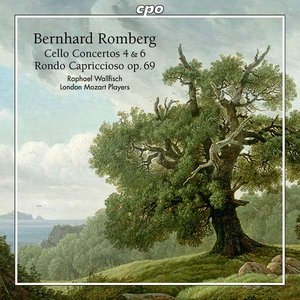