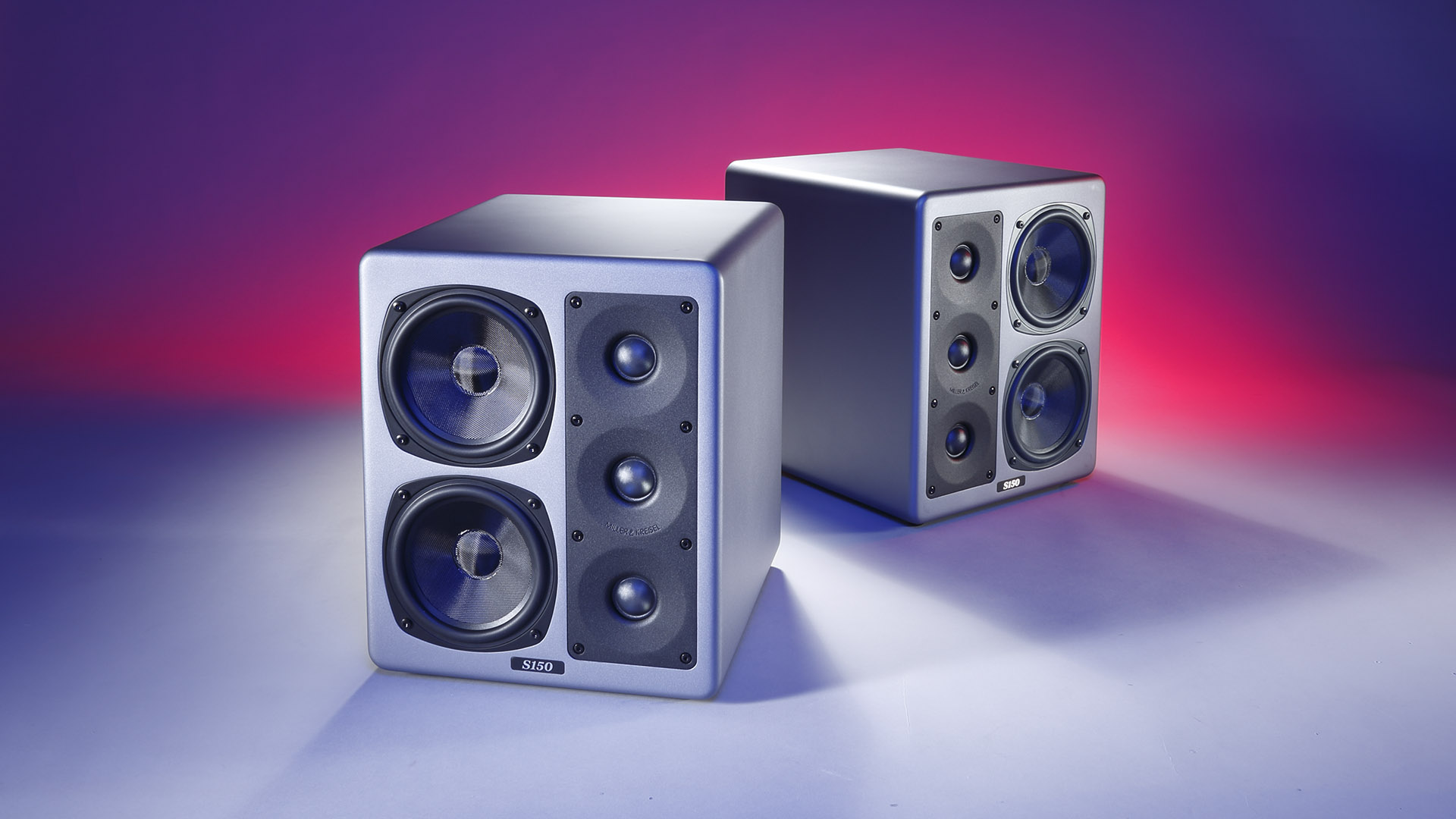 A Cinematic Experience – True cinema and home theater fans of course know M&K. No one else though, probably. A real oversight in our opinion. "Miller & Kreisel", as is the proper name of the originally Californian and now Danish brand, indeed has something to say in the highest class of compact speakers that is worth hearing. And not only in cinemas. STEREO tests the anniversary model of the S150.

Miller & Kreisel is a legendary name in professional audio technology, not least because Star Wars creator George Lucas and his "THX Ultra" supernorm made these speakers famous. That‘s why I couldn‘t wait to experience them in both high-end and home theater setups.

The most striking feature of this edition of the famous S150 – issued on the occasion of its 25th anniversary and limited to 250 pieces – is the front, which is equipped with THREE tweeters.

Three tweeters. Of course, this promises enormous dynamics, but is a balanced frequency response still possible? No worries, it works. We were indeed pleasantly surprised when seeing the results of our lab, because we expected something different. Interferences, baffle step – don‘t worry about all that, M&K has already done so. After all, the S150 is already more than a quarter of a century old and has been "rethought" again and again. And the most recent developements and refinements are found in this anniversary edition with its satin gray silver finish. High demands  on the sound and experience with professional acoustics converge congenially.

In terms of speech intelligibility, focus and details, this design can be described as outstanding, by the way.

The S150 has a mirror symmetrical design; thus, including the setup of the drivers, there is a left and a right speaker, even if this naturally halves the possible number of identical products and increases the unit costs due to the "Economics Of Scale". Active, in-wall, on-wall and dipole versions are also available. The traditional damping strips between the tweeters still present on the S150 mkII are now history, however. It is no longer acoustically necessary to use them thanks to revised wave guides and the speakers undoubtedly look better without them.

In any case, this means that you have the choice of placing the tweeters on the outside – for a larger base width and distance between wall and woofers – or inside according to the manufacturer‘s recommendation. The "25th Anniversary" costs exactly 4000 euros per pair and is thus placed in an ambitious price range for compact speakers. Compared to the black series, the design is more exclusive here, and the cover adheres magnetically. The speakers also offer a bi-wiring terminal and Van den Hul internal wiring. The sound dispersion is designed for a rather minimal stimulation of the room and vertical "directivity". Still, it nevertheless always offers a "sweet spot" sufficient for several people in terms of width. It is also noteworthy that you can move around the room without experiencing the usual dips and associated sharp differences in sound.

The three ferrofluid-cooled tweeters behave as one, which then can also be coupled very low at 1500 hertz with considerably more sound pressure and power handling. A phase-optimized crossover is supposed to provide for a division of labor that has correct running time and is impulse-true. By the way, the aforementioned magnetic cover is definitely recommended when children are close-by – because three tweeters at once might attract the attention of young people here.

The M&K S150, weighing almost twelve kilograms, still remains a somewhat compact speaker, even in the anniversary edition. The reach into the low frequencies of its two powerful 13 cm woofers is deliberately tuned to around 75 Hertz and thus designed for subwoofer support.

In our stereo/home theater system, it found appropriate working conditions with QSC USA 1310 channel-separated power amplifiers, also THX-certified, and no less than two 380 mm subwoofers housed under a bench. "Working conditions" because this is an absolutely professional product.

These amplifiers and loudspeakers may have met rather often over the past 25 years, especially for cinematic purposes.

Both in the living room setup – there fed by harmonious Cyrus devices – and in the home theater, the "cubes" delivered a first-class experience. Possible concerns that one might miss something when using them for the full range were not confirmed. The S150, who also have a closed cabinet, are full-fledged (compact) speakers, even if no attempt was made to squeeze out 40 Hertz. I prefer a fast, clean and contoured 75, and in most cases the slightly slim foundation is sufficient. The sonorous reproduction of male voices, for example, even succeeds exceptionally well; on the other hand, the M&K always seems light-footed, agile, even effortless.

For an audiovisual live concert or when superhumans wreak havoc to defend the world in "Justice League", bass support is required, though. In a typical living room of about 25 square meters, this was a task we could master. Directness, resolution and plasticity offered by these speakers are exemplary, facets and even vocal moods are brought forth meticulously, but by no means clinically. A good portion of charm is always present. That‘s how it should be when the enchanting Gal Gadot appears on the screen as Wonder Woman or the recently deceased "Bebel" Belmondo goes to work in the bistro.

Mariss Jansons would probably also have enjoyed the masterful sense of depth with which the M&K‘s were able to drive and illuminate his version of the Dvorák symphony "From the New World". Or how they were able to display Mussorgsky‘s multi-faceted "Pictures at an Exhibition" credibly real in the room. Imaging characteristics and timing are absolutely outstanding, even for the reference class.

Of course, the M&K from Denmark look like loudspeakers. They don‘t want to be sculptures and they aren‘t supposed to be, but they still satisfy even the highest of demands that could be placed on any music and cinema reproduction. On top of that, the uncompromising, lively – yet very balanced and musical, even empathetic – sound with a strongly pronounced sense for subtleties and spectacular coarse dynamics at the same time is definitely addictive. I‘d be happy with them. Definitely.

Legendary, lively and dynamic compact speaker, which is capable of peak musical performance in high-end, studio or home theater use. It has a rather slim / precise tuning in the low frequencies, thus ideal for combination with a subwoofer! Great piece of "cinema"! 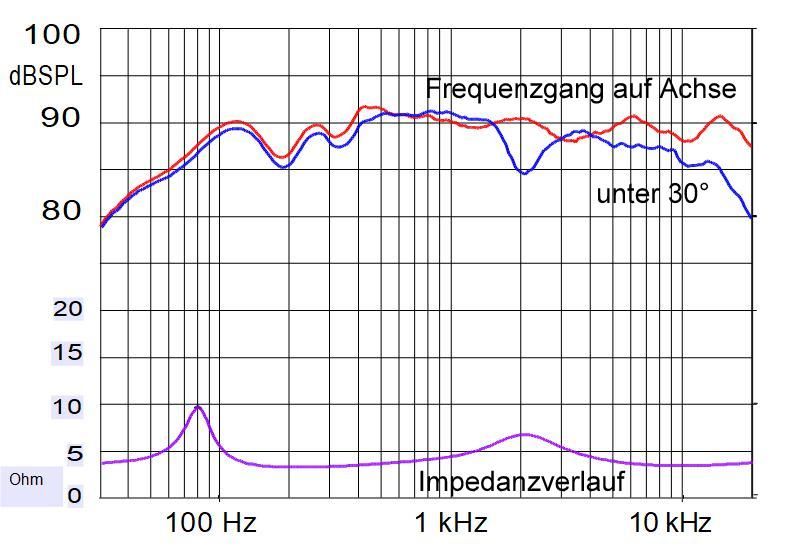 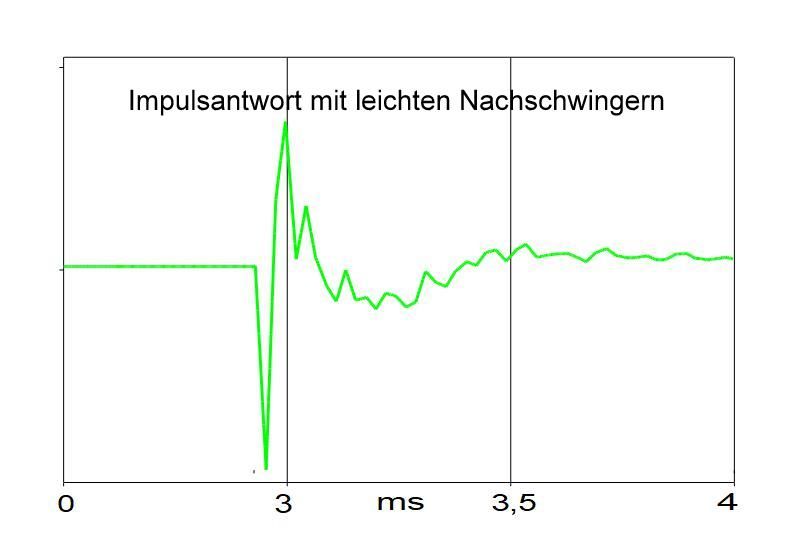 Woth seeing not only because of leading actress Gal Gadot, but also because it is an entertaining and technologically perfect movie. 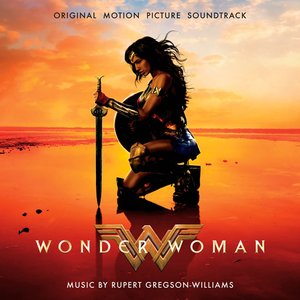