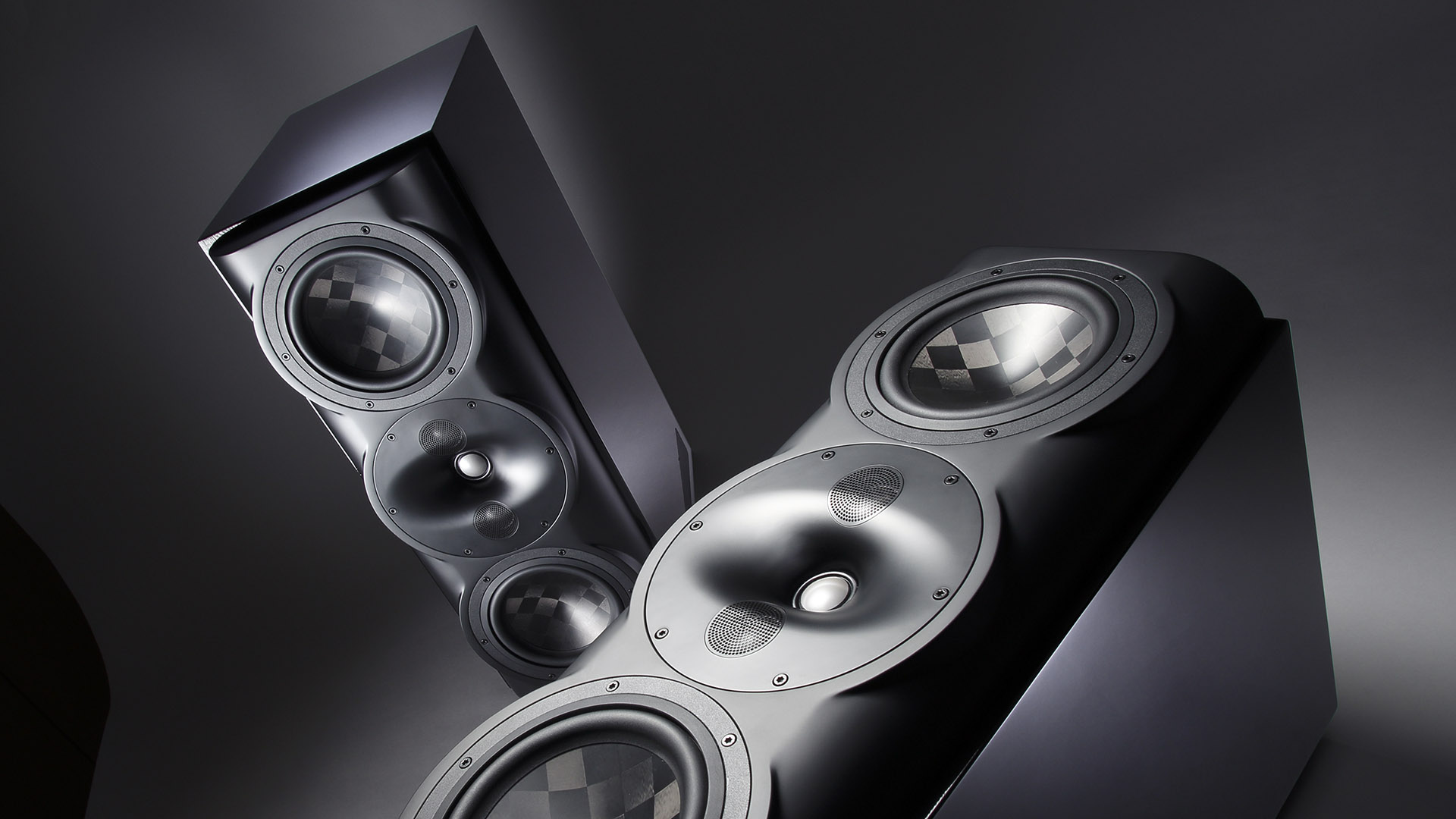 Not From This World – You always wait for it, throughout decades of testing. But in the end, it rarely ever happens: that a test subject impresses you without a shadow of doubt and virtually sends you into euphoria with its tremendous musicality. As you might suspect, it happened again. And the culprit is named "Perlisten Audio Signature S5M". We are blown away!

Perlisten Audio stands for "Perceptual Listening Experience", which could be paraphrased as "emotional". Well, that‘s what we all certainly strive for – and there‘s plenty to write about.

As a matter of fact, the company behind it is an alliance of like-minded industry experts, led by CEO Dan Roemer and CSO Lars Johansen. They are accompanied by other specialists from the U.S. and Scandinavia and, as we will see, also have the very best of business connections and important networks.

They are all united by the will to build perfect and uncompromising transducers of sound. Loudspeakers that meet the highest demands of both music and film lovers; that are not just functional, but look extraordinarily attractive, downright sculpturesque; which thus meet maximum standards in an upscale living environment not only on the technological side, but also in terms of aesthetics.

Development is done with extreme depth by the company itself. They also manufacture almost everything including the drivers themselves, production happens – as is the norm today, even if only rarely in such high quality – in China. The declared goal is, on the one hand, to achieve best high-end sound quality; but also to uncompromisingly bring this two-channel musicality, which is often reserved for stereo, into cinemas as well as the most sophisticated of home theaters.

The first ideas certainly date back more than five or six years. The products of the recent S-Series, however, were actually mostly created in 2021, as evidenced by the design drawings available to STEREO.

The triple dome tweeter configuration is something very special. A central 28 mm beryllium dome with a slightly horn-shaped waveguide is flanked by two ultra-light 28 mm textile fabric domes mounted at an angle above and below it. This setup aims to achieve a particularly good, gentle sound dispersion and exceptional linearity with extremely high dynamics, which is ensured by the powerful neodymium units driving all three dome tweeters.

The two outer drivers work in the range between about one and four kilohertz. With that, they are, de facto, midrange drivers. The central dome is then responsible for the entire frequency spectrum from 1 to over 30 kilohertz. This design is called "Directivity Pattern Control" or "DPC Array".

It ensures that the important mid-high range in particular is reproduced with great energy, quite wide horizontally and thus optimized for multiple listeners. The vertical sound cone, in comparison, is relatively narrow and focused in order to minimize room influences from indirect sound, meaning floor and ceiling reflections

The amount of direct sound is correspondingly high here. Meticulous phase stability as well as the geometric layout are important in this design, because correct time alignment and linearity are of great importance and determine the desired degree of precision and plasticity. You might indeed be reminded of the well-known, traffic light-like "D‘Appolito configuration" with just one dome tweeter and two cones. You wouldn‘t be entirely wrong with that; but all three drivers, their lower moving masses and the corresponding rise times are much closer together here. Not to forget that Perlisten Audio also holds some patents for its proprietary array. Of course, the competitor M&K also offers three tweeters, every cinema fan knows that – but still, everything is rather different here.

In addition, the Perlisten officially carries two long-throw 18-centimeter drivers – even if they are closer to 15cm in reality. They are equipped with extremely light and firm carbon membranes and are responsible for the low-frequency section, while in turn carrying the mid-high array between them.

The task of distributing the workload is carried out in a complex, three-part crossover, which at the same time ensures optimal group delay – as we can see in the step response.

The extremely stable enclosure, which weighs almost 20 kilograms and carries a strong baffle, operates with bass reflex support, meaning it is open on the bottom. The cabinet can however also be closed – resulting in a slight gain in precision due to the air cushion stiffness of the enclosed volume, but also a slight level loss in the low bass – which necessitates small modifications. This would make sense in combination with a subwoofer.

But the S5M from Perlisten is – no matter its size – clearly intended and made as a full-range speaker. Anyone who has heard it would never think of setting it up as a "small" speaker in a home theater. Not in a million years!

In the listening room, we were ready for everything; except for the fact that the newcomers from Perlisten would impress us this much. You don‘t really want to get analytical and start the dissection by describing the bass, because the performance comes across as if "from the same mold" to such a high degree.

And yet we have to proclaim that the offered level of bouncy and rhythmic precision and fulminant force is unparalleled. Especially for standmount speakers. After all, the S5M does bring a lot of volume, which is easily sufficient for frequencies around 40 Hertz. In short: Wow!

It‘s much more than that, however. The overall performance is so seamless and coherent, the transducers virtually dissolve into thin air and literally disappear. With this, we almost experience a "live" atmosphere when listening to Jennifer Warnes‘ "The Hunter", as well as during "Hotel California" by the Eagles, where the pounding bass in the intro once again elicits incredulous amazement.

It does not happen often that the audience looks at each other grinning with every new song that comes on, no matter if Clapton, Livingston Taylor or even Vivaldi‘s "Four Seasons". The stage erected in front of us is outrageously solid, large, deep; everything always remains lively, natural and colorful.

We switch sources, cables and amplifiers, which should by no means be too weak. We strive upwards to always tease out a little more. And the Perlisten keeps up.

Sometime in between, we notice that there is virtually no limitation or even compression in terms of input power or sound pressure. Everything is so clean and completely effortless, but at the same time extremely spatial as well as layered with plasticity and clear, while still being emotional – so that you can‘t really listen loud enough. One CD follows the next, the pile grows. If we had a TV to go with it, Blu-rays would be added. Still, this is a pleasurable marathon of a listening session par excellence.

Every individual event can be detected in the sound image and followed without it being artificiallly analytic. An unmistakable sign that something very special is performing here. Again: Wow!

Even detached from the home theater context, THX should be known to STEREO readers, and not only to "Star Wars" fans at that. George Lucas and the legendary developer Tomlinson Holman created an ambitious catalog of specifications for the sound in cinemas back in the day, which pushed the technological boundaries to their limits and is still being updated today. At this point, I ought to admit that I‘m the ambitious owner of two small, yet refined, home theaters. From the large Marantz AV processor to the QSC USA 1310 cinema power amps, there‘s certainly no shortage of THX logos in my home.

Absurd levels are also possible therein, even quite well, thanks to renowned PA brand speakers (EV) and THX monoblocks – but by no means in such otherworldly excellence. Oh my God!

Of course, the Perlisten Audio S5M speaker reviewed here carries the ultimate, up until now highest THX Ultra certificate. Going further than that, however, Perlisten Audio is also the first and so far the only manufacturer that has also been granted the brand new top certificate THX Dominus. "On top", so to speak.

We don‘t know if it was the speaker that inspired THX for the new "Super" certificate or if it was simply the first one to deserve it. Both theories are plausible and neither would really surprise us at all. In any case, THX Dominus (meaning "master") is also supposed to be applicable to even bigger home theater installations with large projection and wall distances as well as 184 cubic meters of enclosed space. This of course entails corresponding demands on amplifier power, efficiency or an undistorted maximum level in the range of 120 decibels.

Yes, you read that right; but the S5M is also able to convince at lower levels, if you really want to know. It reacts sensitive, agile, "jumps right at you", and is simply one of the most musically fluid, natural and sonically convincing speakers I have ever heard – and I have had the privilege of doing all this for a very long time, on a professional level for 30 years now. You see, hear and experience a lot over the years.

Technology, material and workmanship are obviously of the very highest league. What is absolutely overwhelming, though, is the emotionality conveyed by these exceptional speakers, still present despite all acoustic perfection. This is anything but a given, especially in conjunction with accuracy and impeccable monitoresque precision.

It‘s not often that I ask myself, okay, Frantzen, you think that this is quite outstanding now, but it would have been more interesting what Mozart or Haydn would have said about it. You just want to know here.

After a few explicitly fascinating days with these Perlisten Audio speakers, I don‘t really have any more questions, but unfortunately a few more wishes than before. A 5.1 system from Perlisten, for example, is now on the list as well. You might be able to tell, there‘s a merciless itch in places that I absolutely can not afford.

And that is a real pity. But wait, maybe I can visit them "at work", these Perlisten speakers. If they are allowed to stay for a while. Because this is an absolutely unforgettable experience. And a brand new superstar in both the high end as well as the top home theater universe!

A most warm welcome to the "crème de la crème" of standmount loudspeakers – as the sole STEREO top reference!

Incredible resolution, unbelievable timing and superb spatiality as well as tonal depth. For me, the best standmount speaker and one of the best speakers in general that I have ever listened to! 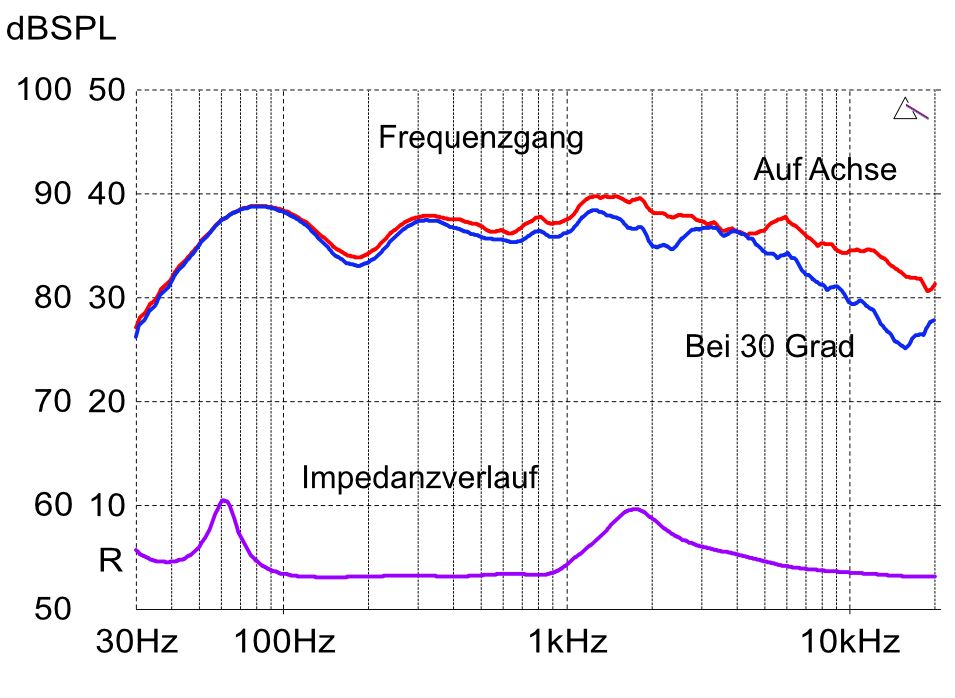 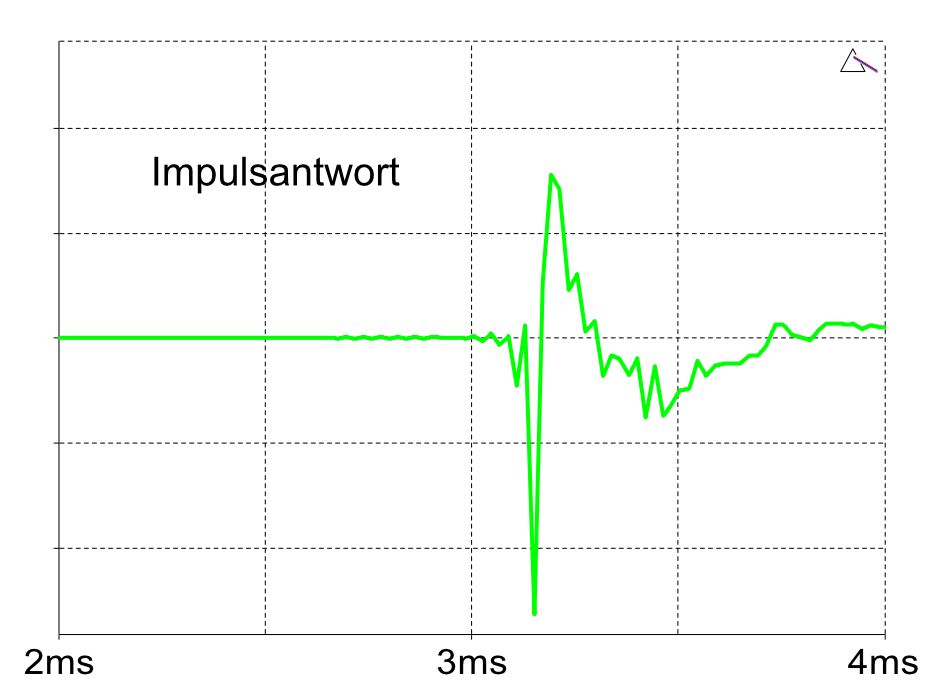 Balanced, with slight restraint in the high frequency range and low frequency reach to well below 50 Hertz, abaxially little and even drop, good-natured impedance and excellent impulse response.

This has, deservedly, been an absolute audiophile reference album for decades. 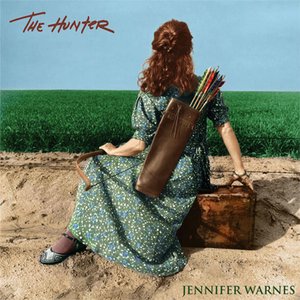 Vivaldi in chamber setting with historical instruments – played with virtuosity! 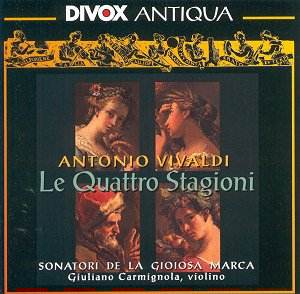 Electroacoustic engineer and loudspeaker designer, who created a special driver layout of the same name: a small dome tweeter with two cone midrange drivers mounted directly above and below it (also known as "MTM": midwoofer-tweeter–midwoofer).