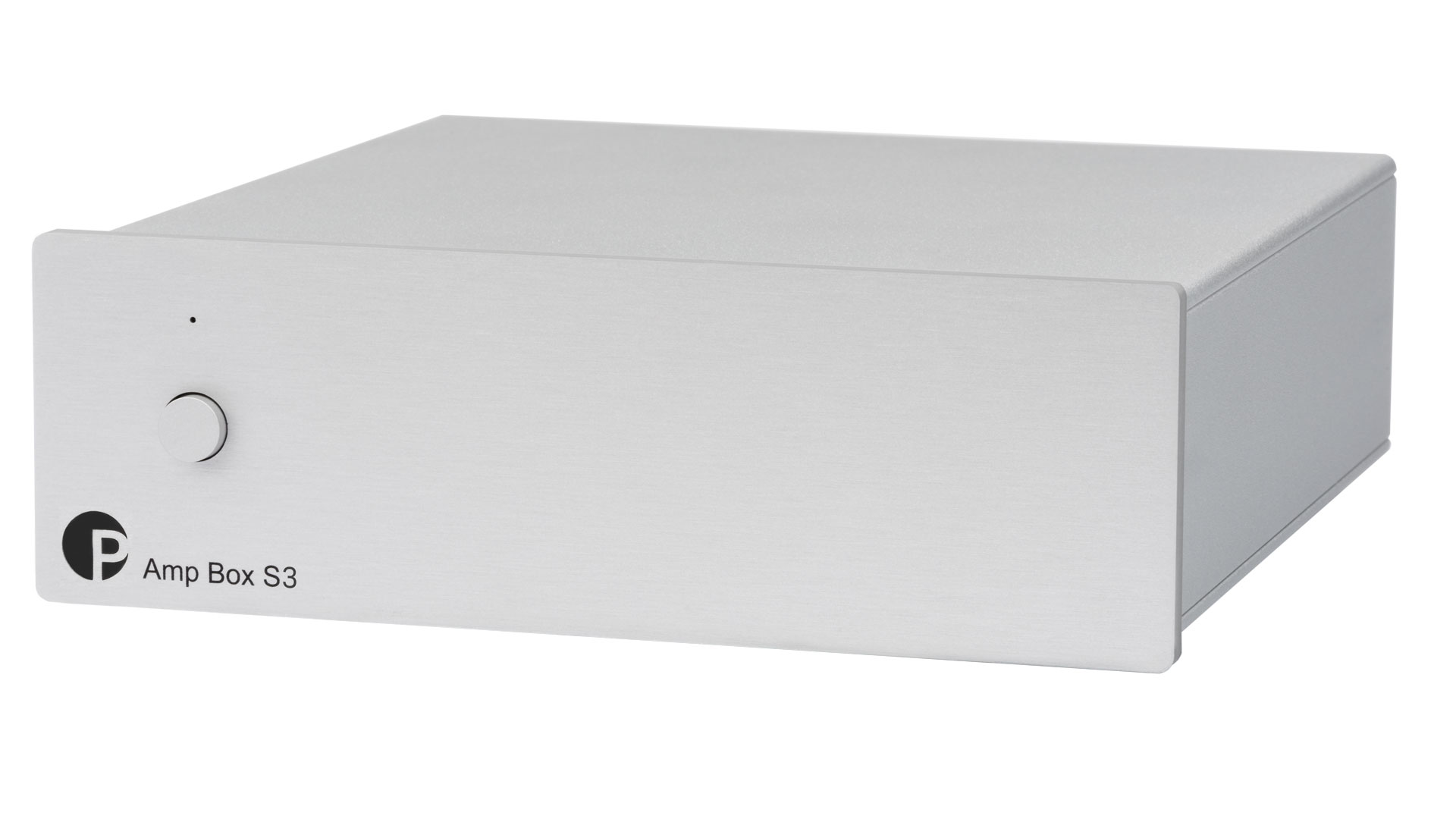 Available in Black and Silver

The new "S3" version of the mini power amplifier "Amp Box" from Pro-Ject is said to deliver, among other things, less distortion as well as more power.

Like its predecessor, the Amp Box S3 sits in a housing that measures only about 10cm in width; but it is still supposed to deliver top performance as a power amplifier, although mostly for smaller rooms. Pro-Ject recommends using it in a desktop setup, for in-/on-wall speakers or for rooms up to a size of 15 m2. Among other things, the new Amp Box S3 is said to offer a new PCB concept with improved topology, which according to Pro-Ject aims to deliver less noise and better a better sigal-to-noise ratio.

In terms of sound, the new mini power amp is said to go into the direction of tube amplifiers, and thus offer a warm and musical sound image. On the back of the aluminum housing – which is supposed to reduce vibrations – the Amp Box carries RCA inputs, the speaker terminals and trigger connections for bi- or tri-amping, for which the it is also said to be suitable.

In Germany, the new Amp Box S3 from Pro-Ject – made in Europe – is supposed to be available immediately, either in silver or in black and at a price of about €300.