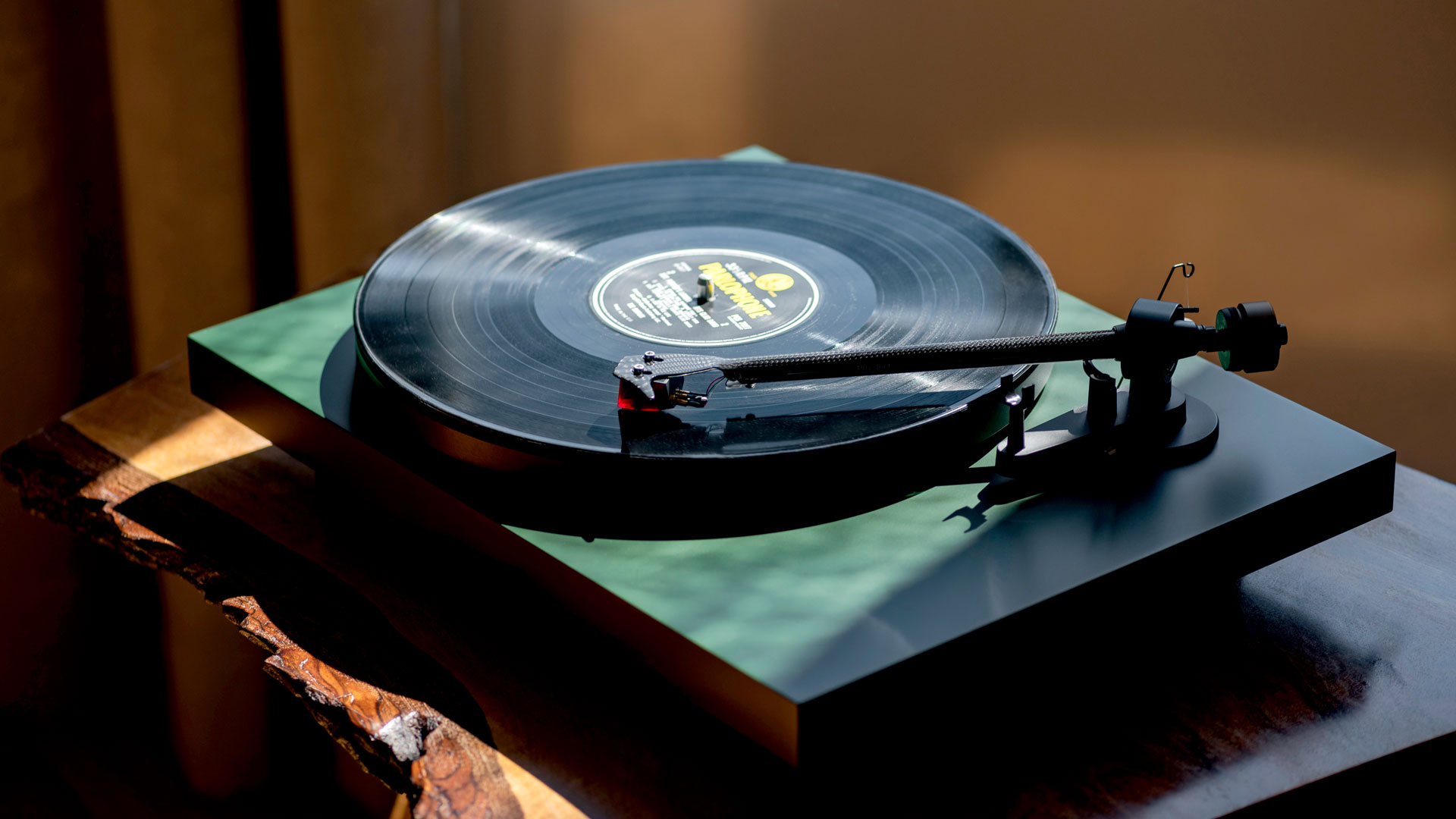 According to the manufacturer, the Pro-Ject debut is with almost one million turntables sold one of the most successful products in the history of hi-fi. Its minimalist aesthetics, high-quality workmanship and affordable price would have played a major role in making record playback fashionable again worldwide. Now, in 2020, it was time for the next and so far best generation of the debut: the Pro-Ject Debut Carbon EVO.

The new EVO brings improvements in some (sound) crucial points: for example, it now has three height-adjustable metal feet cushioned with thermoplastic elastomer (TPE) to ensure stable, horizontal positioning. An additional ring made of TPE is intended to almost completely eliminate the resonances of the platter. It also increases the weight of the platter to 1.7 kilograms. Since the ring is attached to the outside, the additional kinetic energy also creates a flywheel effect that is intended to stabilize the platter's synchronism.

In the debut Carbon EVO, Pro-Ject has once again decisively reduced the transmission of motor vibrations with the help of damping techniques such as those used in Pro-Ject's high-end turntables.

The motor control with electronic speed selection allows the playback speed to be conveniently switched between 33 and 45 rpm. A manual setting option of 78 rpm, together with an optionally available Ortofon Stylus 2M 78, makes the player ready for playing shellac records. An integrated sine wave generator is intended to improve the speed accuracy by quartz stabilization. The speed switch is hidden under the chassis to preserve the minimalist aesthetics of the Debut Carbon EVO.

The heavy and solid MDF frame with new, eightfold hand varnished surfaces is supposed to look and feel better than ever before. As before, Debut Carbon EVO is available with high-gloss finishes in black, white and red. New is the elegant Satin Signature finish in five different colors. The version in silk matt lacquered walnut real wood veneer is another, more classic option.

Handcrafted in Europe, the Debut Carbon EVO focuses entirely on the core features of a turntable and deliberately avoids additional functions that could have a negative impact on sound quality or durability. It is said to cost around 500 Euros*.