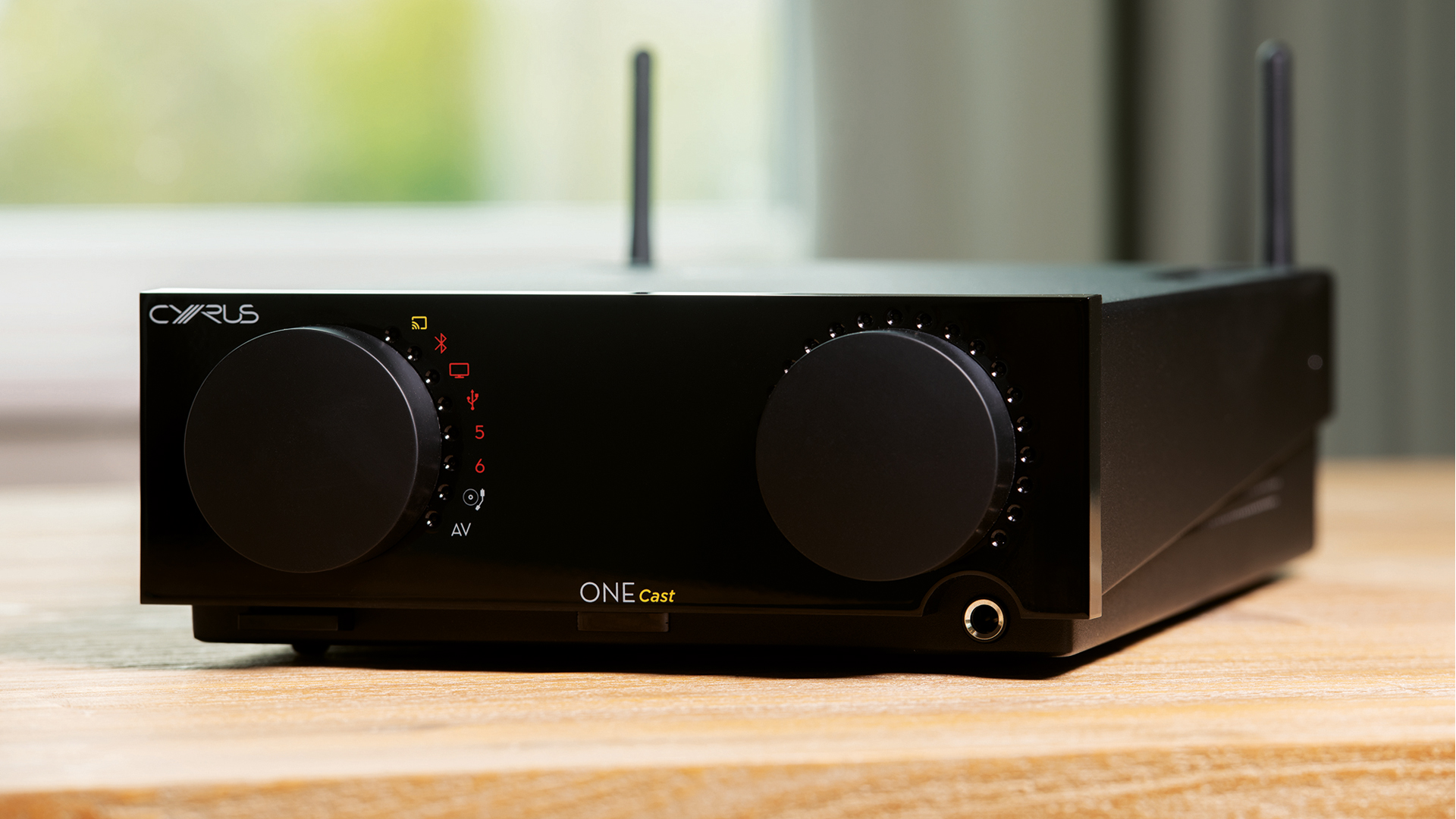 What do you call such a device? An integrated amplifier with DAC and streamer? Or a streamer-DAC with built-in power amplifiers? In any case, the Cyrus One Cast can access pretty much every conceivable music source.

The connectivity is impressive: phono MM and 1x line-in, S/PDIF inputs coaxial and optical, HDMI-ARC for the TV sound, USB-B for the PC, Bluetooth for the smartphone and – last but not least – a WLAN connection via which you can stream using Chromecast or Airplay. From the apps of all important music streaming services a Chromecast connection can be activated, which establishes a direct connection from the cloud to the Cyrus One Cast after selecting the music, retrieving the music with up to 24 Bit/96 kHz. In addition, the device can be integrated into Chromecast, Airplay or Alexa multiroom systems and can be controlled via the respectively associated voice assistants. The built-in power amplifier is specified at 2x100 watts. With the One Cast (around 1600 euro) Cyrus extends its "One" series by a networkable model. So far the series consists of the "One HD" – similarly equipped, but without streaming function – and the "One", which offers Bluetooth as the only digital connection.