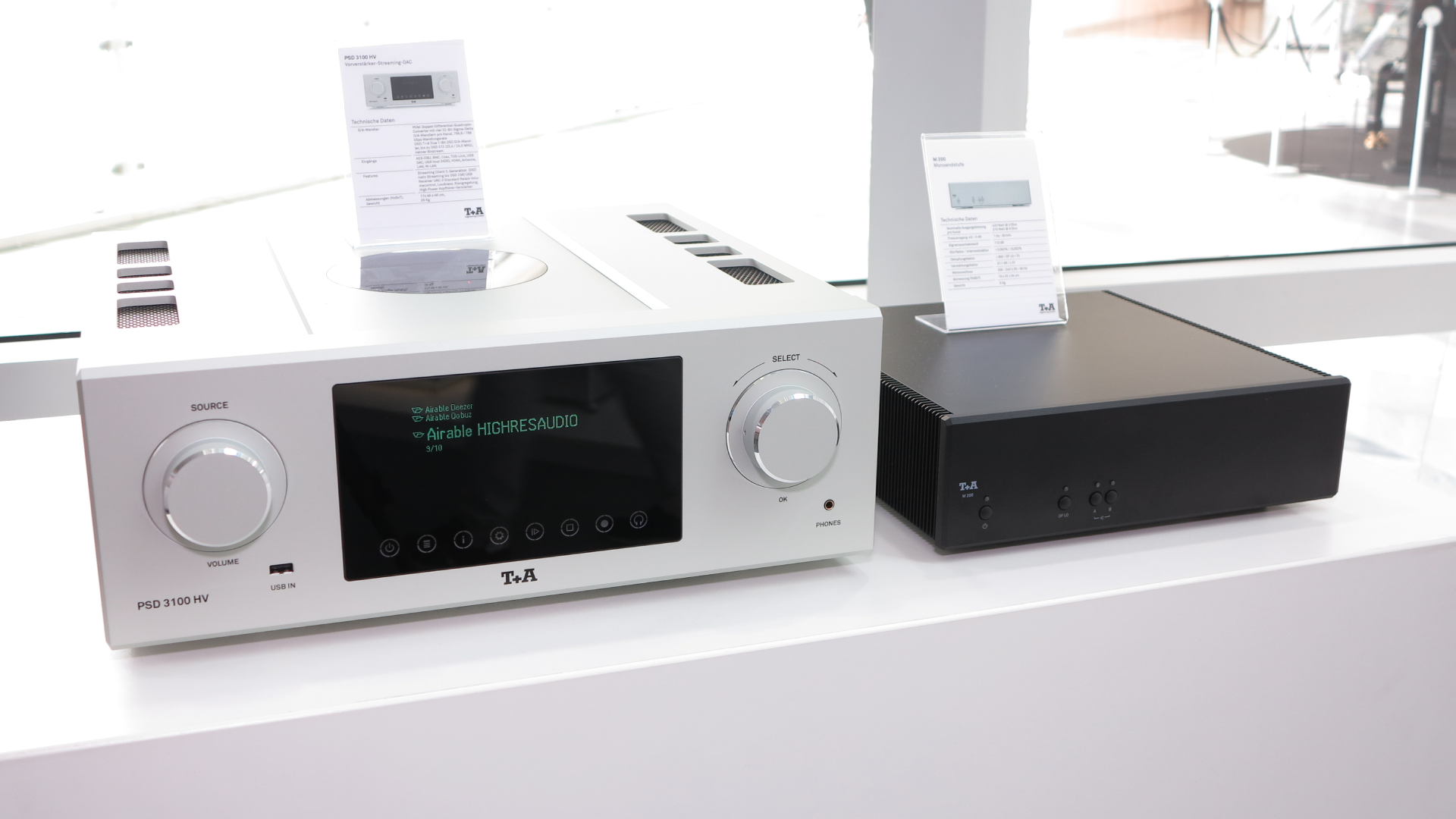 From HV to Solitaire

Many new Products by T+A

Among the various new devices from T+A, the new streaming-preamp from the HV range, the PSD3100HV, stands out in particular.

Compared to the well-known SDV3100HV, the new streaming-preamplifier seems somewhat simpler: especially in the preamplifier section, which no longer has an XLR input. It is also the first device from T+A with the manufacturer's new streaming client, which now also supports HiRes audio in addition to Qobuz, Deezer and Tidal. DSD can be fed to it up to DSD 256 via USB.

Like the SDV, the PSD also has the IPA Link interface for the PDT3100HV external CD drive, which can also be used to transfer SACD data. The PSD3100HV is expected to cost 16,500 euros in Germany.

In addition, the two floorstanding speakers "Solitaire 430" and "S540", a mono power amplifier for the M series called "M200", and the "Solitaire T" headphones equipped with dynamic drivers and noise cancelling were also shown at the High End in Munich.