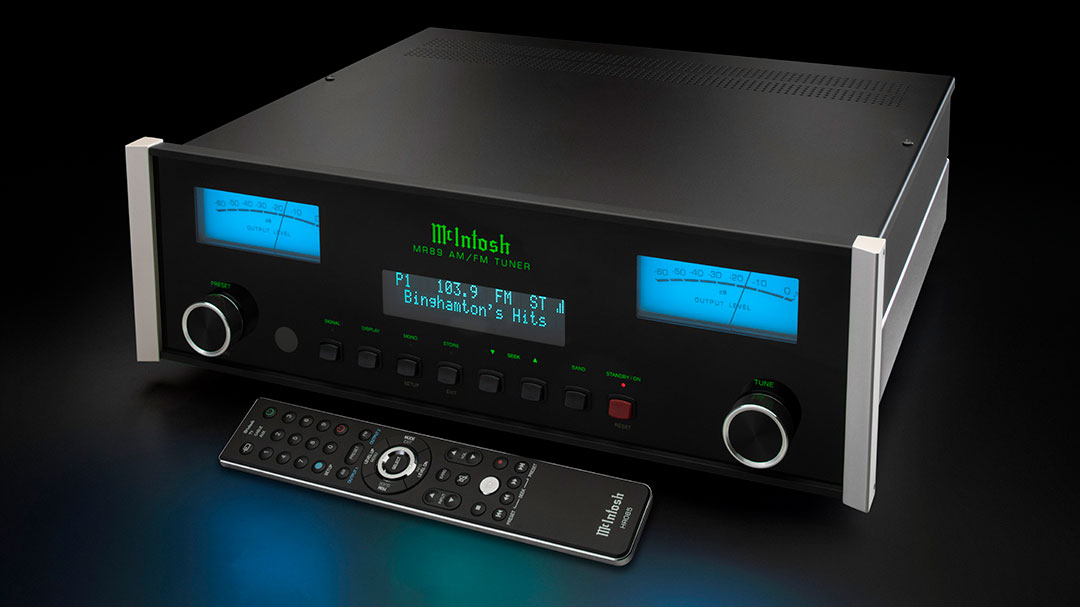 With analog and digital outputs

According to McIntosh, the new MR89 tuner will include various adjustments and improvements, enhancing many aspects of radio listening. For example, it contains a signal quality monitor that displays signal, multipath and noise levels of the radio signals, which can be used to optimize the placement of the antenna. Furthermore, Stereo Blending, i.e. the reduction of channel separation in stereo reception, is said to have been improved, and is supported by the also new "High Blend" option. The tuner's radio frequency circuitry is said to be able to reproduce strong FM signals from nearby stations without overload or distortion, as well as receive weaker FM signals with little noise.

In typical McIntosh fashion, the tuner carries two channel-separated displays that show the signal level of the analog outputs. In addition, there are features such as "Softmute" to lower the output level and "Highcut" to lower high frequencies; information about radio stations and music is displayed thanks to support for the Radio Broadcast Data System (RBDS).

The tuner comes with the matching AM antenna "RAA2" from McIntosh. Concerning outputs, the MR89 carries two digital outputs, one each in coaxial and optical, in addition to one each in balanced and unbalanced analog. According to McIntosh, the tuner receives FM frequencies between 87.5MHz and 108.0MHz as well as AM frequencies between 531kHz and 1701kHz in Europe; 88.1MHz – 107.9MHz (FM) and 530kHz – 1700kHz (AM) in the USA; 76.0MHz – 108.0MHz (FM) and 531kHz – 1629kHz (AM) in Japan. It is also said to provide the option to store over 20 stations, with a Seek function also being available.

The tuner sits in a stainless steel case, sports – in addition to the typical design – a black glass front and aluminum knobs and will be available in North America in June 2022, according to McIntosh, with the promise that it will arrive in the rest of the world soon. McIntosh quotes the price for the US at $5500 (excluding taxes).